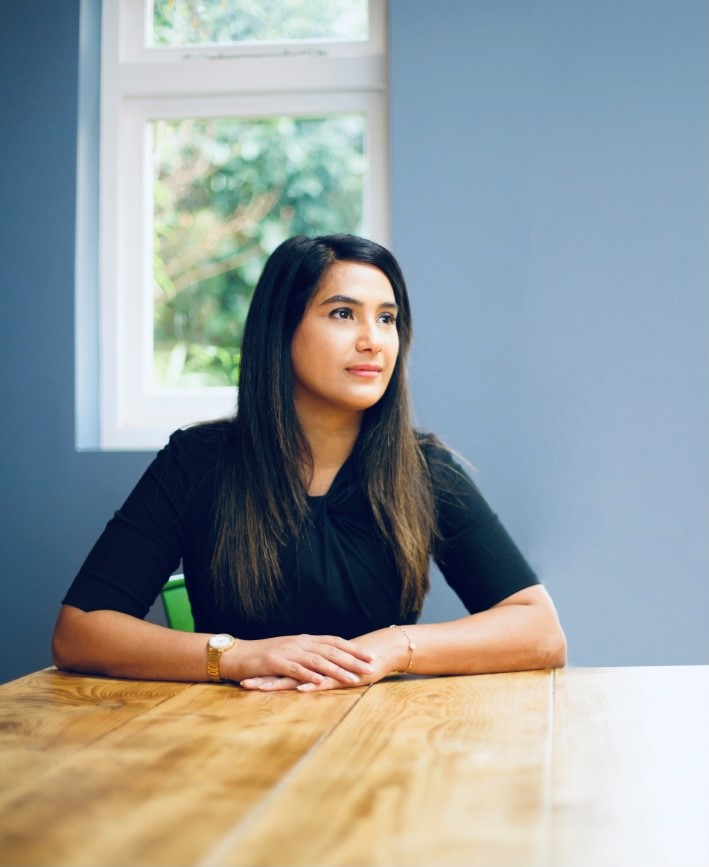 Four years ago, Fearless Girl – standing her ground in the heart of Wall Street – sent a powerful message: strong women make a difference. She was put there by State Street, the American financial services and bank holding company based in Boston. She demonstrated that diversity and performance go hand-in-hand, but gender is only one aspect of that. Last August, State Street began informing portfolio companies that it would engage with the issue of racial and ethnic diversity through its wide-ranging “10 Actions to Fight Racism”, which address racism and inequality in the workplace and community. Noreen Biddle Shah, Head of Corporate Communications at State Street, has made an important and very exciting personal contribution to this by launching reboot, a platform for sharing stories and educating people on the journeys of ethnic minorities in the workplace. Stefano Dallafina, Marketing & Communication Manager at State Street, explains that the 10 Actions publicly confirm State Street’s commitment to combatting racism. Action 9 is particularly relevant to reboot.: establish combatting racism as a clear priority pillar alongside education and workforce development, and reprioritise State Street Foundation spending accordingly.

We spoke to Noreen to find out what inspired her to launch reboot.

‘When Black Lives Matter took off that was quite a profound moment for many. It was understood that ethnic minorities have a different experience in the workplace, but you didn’t talk about it. BLM brought things to the surface and opened up completely new conversations with ethnic minority friends and family, as well as white ones. I also sat down with my dad and asked him to tell me more about his own experiences. I felt it was important to share his story widely, so he let me interview him.

‘My dad moved to the UK from Pakistan aged 14, having taught himself English, and passed an entry exam for the local grammar school. He was always very keen to learn, because he didn’t have those opportunities in Pakistan. He excelled at school and was given a grant to do a Master’s in Physics, which culminated in him getting a job at a FTSE100 company. My dad was the first in the family to go to university, so this was huge. In Pakistan it was quite a big deal and his village celebrated him – this very bright boy who taught himself how to speak English and did so well and now had a job at this really big company.

‘When he started he was keen and eager, but unfortunately quickly came up against racism and discrimination. He was the only non-white person on his team and was side-lined and bullied severely by his manager. He watched peers and team members get promoted and never got that opportunity himself, which really weighed on him. After about seven years he had a breakdown – he was suffering from a lot of anxiety, but people weren’t familiar with the symptoms at the time, so he thought he was having a heart attack or stroke. He was eventually diagnosed with severe anxiety and depression and signed off work for six months.

‘It took him a long time to recover but he eventually returned, to keep his job. The manager kept bullying him and sadly he suffered another breakdown two years later. Obviously, to the company my dad was a liability, so they offered him seven weeks’ severance if he agreed to leave, which he sadly did. The severance didn’t really get him very far, so that triggered depression, unemployment and a complete loss of confidence.

‘Thankfully, he did recover and set up his own businesses, but he couldn’t return to the corporate world, he felt it wasn’t a friendly environment for people like us. Thankfully the businesses he set up were moderately successful, but it’s still a great regret. He was so keen to come to this country and learn, but was never able to pursue the career he really wanted.

‘I wrote my dad’s story down and put it on LinkedIn, but didn’t really know what was going to happen. I just wanted his story to be out there. It had an incredible response: hundreds of thousands of views, lots of engagement and comments.

‘Interestingly, a lot of the people who responded who are ethnic minorities said, “This is a sad story, but it’s our story, too.” It wasn’t unique, in that sense. When the white cohort responded, they were mortified, they couldn’t believe it. I realised how different our lives and experiences are, and was surprised how little they knew; there are so many stories like this – it’s important to have a platform for sharing it, to educate people.

‘I spoke to my long-time friends in communications – some are ethnic minorities and some are allies who want to help, and everybody signed up for it. We’re all very busy and don’t have a lot of resources, but we have a skill set, so we decided to use it, and came up with reboot.: a working group of communications professionals creating a platform for stories to educate people on the journeys of ethnic minorities in workplaces. We launched in January and the responses has been amazing, particularly within financial services.

How did State Street react?

‘State Street has a great culture and fosters a very inclusive community, so the first person I spoke to was my manager, Andrew Muncer. He’s the Head of International Marketing and when I told him I needed his guidance he was the first to join the Advisory Board. Jörg Ambrosius, CEO for State Street EMEA, said to call him if there were any obstacles or any need for financial support. To me, this is genuine allyship. He knew this was an important issue and he saw it as his duty to do his bit.

‘If State Street didn’t have such a supportive culture, I’m sure it would have taken much longer and been much more difficult; they were just so accommodating and duty-bound in facilitating this. They have committed to being strong sponsors, and even though reboot. was always independent, its roots are firmly in State Street.’