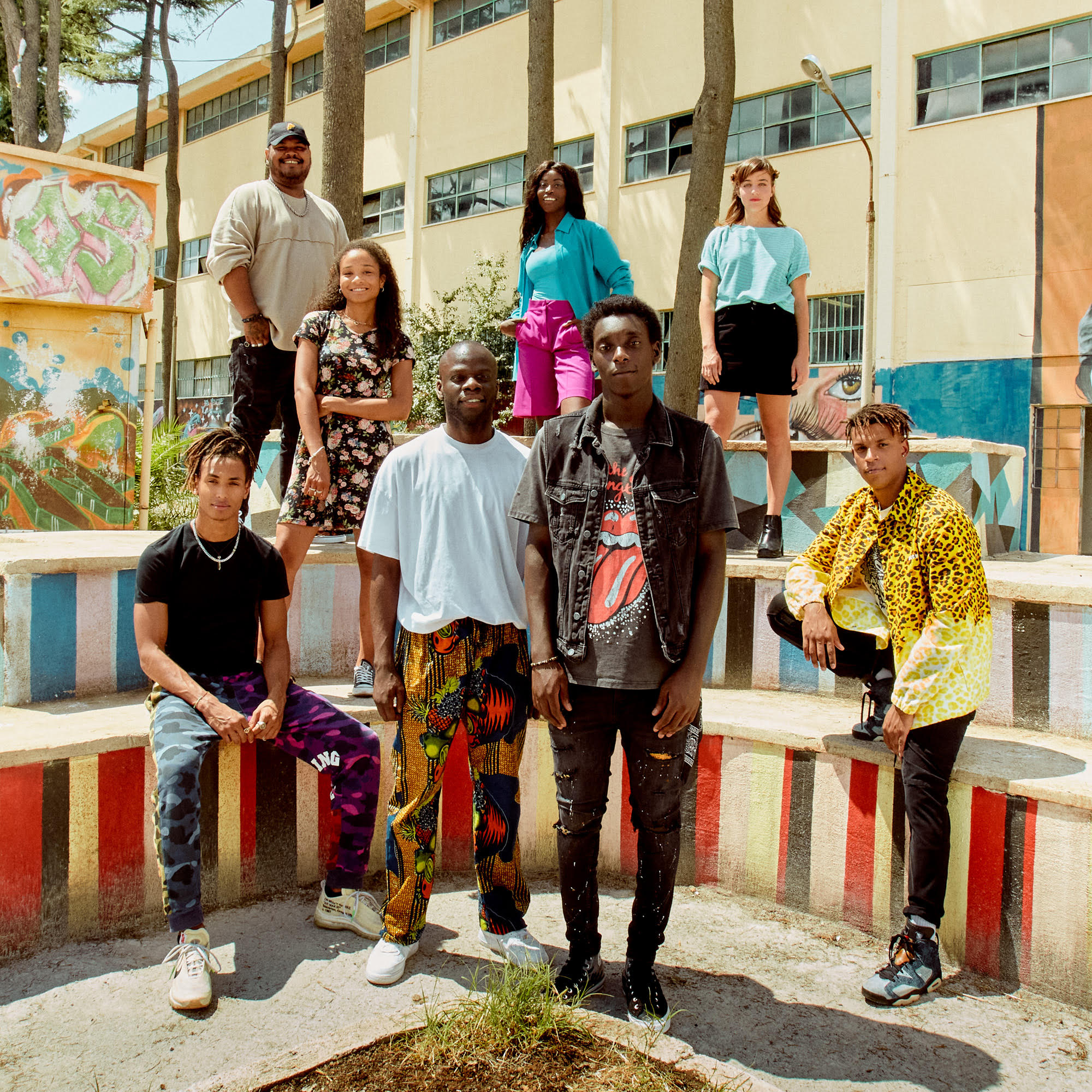 Zero is loosely based on Antonio Dikele Distefano’s Non ho mai avuto la mia età. Both the publishing success in Italy of a writer of Angolan origins and the production of a Netflix series in our country with a cast of actors and actresses who are second-generation immigrants, acting in Italian, is to be welcomed as an advance of paramount importance. Above all because, in addition to the obvious reasons of recognition and integration for people born in Italy to parents of “foreign” origins, it is and will be a source of renewal for the Italian language which, despite what people think, is much more alive and versatile than one might imagine. Many Italian writers had already tried this twenty or more years ago and were defined as cannibals – we need only think of Niccolò Ammanniti and Tiziano Scarpa, whose Groppi d’amore nella scuraglia in particular stands out.

How important has contact with the Italian school, its authorities, poetry and literature been in your life? Is there anyone (a teacher or friend) who transmitted a love of Italian culture to you? Or was it all just a source of suffering and frustration?

Antonio: School has not been very helpful in my life, but that’s because I didn’t allow myself to be helped. I love Italian literature, especially contemporary literature, I really like the sound of our language. I am currently reading the novel Lo spazio bianco by Valeria Parrella. Having been born here, the love I have for Italian culture has always been present. It is not that it has been passed on to me, but it is something that has always been close to me. The love for my parents’ culture, on the other hand, was passed on to me by them, because it is something I had no direct contact with. As for my contact with school, it was not only a source of suffering and frustration, but also of a lot of joy. I am better at describing emotions like suffering rather than positive emotions like joy and happiness.

Giuseppe: It has counted for a lot, I have the good fortune of being a curious person, which isn’t actually simply a matter of luck, but the result of continuously cultivating an interest in things. Italian literature, literature in general, has always represented for me a well of intuition, truths, explanations, interpretations of life that I always carry with me. There is always something else after literature, just like in life. They are sentences that, when written in a certain way, take you somewhere else, just like life, if you investigate it, it always takes you further. Music is a very important element in the series. In particular rap or trap music.

How important has music been in your training?

Antonio: Music has been very important in my education because, unlike the material presented at school, it was more accessible, faster and less demanding. I have always found the approach used in formal education much more difficult and the books we were given to read were always very challenging. For example, I remember that when I was given Italo Calvino’s Barone Rampante as a present, after reading the first few pages, I didn’t understand anything. This doesn’t happen with music; in fact, it was thanks to music that I entered the world of writing. When you read the lyrics of the songs you listen to, you begin to understand the prosody, you begin to understand the weight of the words. It’s no coincidence that in my life I’ve read more artists’ lyrics than novels. That’s why music has been so important. When I write there is music, I write with rhythm, I can’t write without music.

Giuseppe: Music is everything to me. It’s as important as breathing because I can’t live without it. I discovered this genre at the age of six with Tupac and from there the world looked better.

How did you expect the series to be received? What kind of reaction did it get from your friends and the environment you grew up in? Do they appreciate the fact that you are becoming famous, or do they see this as a cause for concern?

Antonio: Honestly, I don’t think I’ve become famous, and it’s better that way! The reason I do my job is definitely not to become famous, I’m not interested. I must say that the series has been received very well and with a lot of energy. However, some people were disappointed and I am certainly aware that there are things that need to be improved. My friends were all very happy and so was I, about having made another dream of mine come true.

Giuseppe: Exactly how it was received! Zero is a fresh, new product that many people have been waiting for, which will open the door to a new way of seeing and making films in Italy. My family, my friends and all the guys in my neighbourhood are super proud of this achievement because it affects everyone! I don’t like the term famous... they appreciate with a full heart the fact that we are becoming bearers of hope. The series, thanks to Netflix and its global distribution, will finally add a slightly different and more modern image than the one traditionally portrayed so far.

What other projects you currently working on? Is it true that there will be a second series of Zero? The ending gave us hope...

Antonio: I always have a lot of projects on the go. It’s important for me to define my voice well. Through my work, people have to understand what stories I want to tell and what I like to talk about. As for the release of the second season of Zero, you have to ask Netflix!

Giuseppe: This experience has given me so much and the biggest project I’m working on is to keep improving. I have a fantastic team I work with that believes in me and together I’m sure we will do great things! The only advice I can give you is to stay connected.