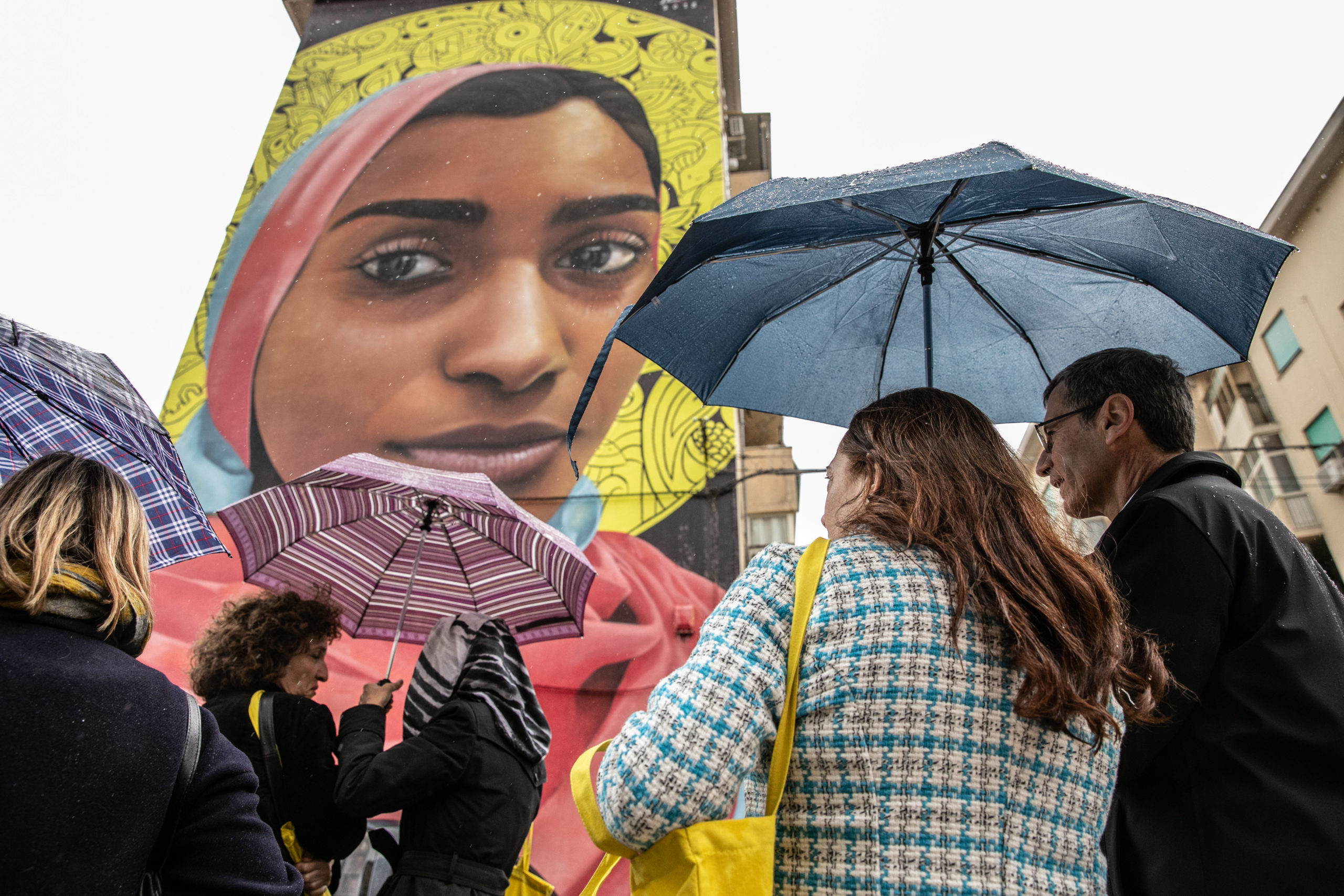 Young people in Palermo dream about (and build) their future together 

By the editorial staff

Dreams are the gateway to fulfilment. Imagining together with others, from childhood onwards, means starting to build new possibilities day after day. Traiettorie Urbane (Urban Trajectories), the new project promoted by Edison, with Fondazione EOS - Edison Orizzonte Sociale and the social enterprise Con i Bambini, is based on the dream of creating a more cooperative society. Con i Bambini helps adolescents in Palermo build their future by strengthening the sports and cultural activities that are available to children between the ages of 11 and 17 and their families, in six neighbourhoods in the city.

'This is the foundation's flagship project,' says Francesca Magliulo, the director. 'When we started in January 2021, we asked ourselves who we were and how we wanted to operate in society. After a year of reflection, Traiettorie Urbane was created. This project is who we are.' Co-designing is the mantra of Fondazione EOS, as a sign of a willingness to do things and work in the area, with people, associations and institutions. ‘We do not want to be a simple grant-giving foundation,' Magliulo continues, 'For us it is important to act and bring several associations and institutions to the same table. We want to create a system to achieve common goals.' Planning together to grow together. The idea behind Traiettorie Urbane is to create awareness and the ability to imagine and build a future for adolescents. It is important to do this in Italy, a country characterised by one of the highest rates in Europe of young people who do not study, work or seek employment – the so-called NEETs, a category that comprises 25% of people between the ages of 15 and 19, for whom educational and social poverty is on the rise, especially for low-income households, and in southern Italy, where 13.5% of 18- to 24-year-olds dropped out of school in 2021. Here, also due to the coronavirus pandemic, young people’s psycho-social states have worsened in the last two years, with an increase in self-harm, anxiety, insomnia and depression.

Children and young people find it difficult to dream when they live in a context created by us adults, in which their tomorrow is increasingly uncertain: from climate change to the pandemic, during which we deprived them of everything they needed, shutting them off, and war. 'Not dreaming means giving up on having a future and building it, giving up on having aspirations. We will see the damage in a few years, and it will be severe.’

‘Children and young people need to learn to dream again and to do it together, with peers and adults,' comments Francesca Magliulo. The activities will serve to prepare them to face complexity, to choose their studies and path in life with greater awareness, beyond stereotypes and self-imposed or contextually imposed limits. Making children participate, not only listening to them, helping them to develop the ability to look to the future but also to read the present in a critical and autonomous way, to find shared solutions for themselves and the community, to build healthy relationships among peers and with adults.'

'We want to promote the social growth of Palermo's boys and girls, breaking down the city's physical and social barriers to make them protagonists in the design of their “life trajectories”.’

Edison has a strong presence in Sicily, in terms of the number of customers it serves, the development of new industrial activities, and renewable plants. ‘School drop-out rates here are double the national average,' explains the director of Fondazione EOS. But there is also another face of Sicily: we have found a large group of active associations that know how to network. Now in Danisinni, Zisa, Noce, Kalsa, and Sant'Erasmo in Romagnolo – neighbourhoods in Palermo – there is a positive air of possibility. The presentation of the project took place on 7 April at the Mare Memoria Viva Ecomuseum in Palermo. Leoluca Orlando, the mayor of Palermo, Nicola Monti, president of the EOS Foundation and managing director of Edison Spa, and Francesca Magliulo, director of the EOS Foundation, among others, were in attendance. The meeting, sponsored by ASVIS, was preceded by a 'crossing' of the city's neighbourhoods led by the students of the G. A. De Cosmi State High School: an 'urban walk' that started in Piazza Magione and led to the discovery of the spaces inhabited by the third sector protagonists of Traiettorie Urbane, up to the arrival at the Mare Memoria Viva Ecomuseum, which symbolically launched what will be a long process of breaking down barriers and re-appropriating public spaces in these neighbourhoods.

The Traiettorie Urbane initiative is supported by the EOS Foundation, with a contribution of €850,000, co-financed with the Con i Bambini organisation, within the framework of the Fund for Combating Educational Poverty among Children, with a total value of approximately €1.7 million.

For Edison, 'doing business' means acting responsibly in the interest of the areas we work in,' commented Nicola Monti, Edison CEO and Chairman of the EOS Foundation. 'One year on from the birth of the EOS Foundation, we are concretely reinforcing our role as an enabler of change towards a model of sustainable development, where our people contribute their expertise and commitment to social innovation in the community.

'The start of the project in the historic parts of the city represents an important opportunity for Palermo. For Marco Rossi-Doria, president of Con i Bambini, it is 'a promise: together we are committed to working on innovation in difficult areas for an initiative regarding local, integrated educational development. The objective is to make the participation and centering of families and children in cities in the South, starting with Palermo, concrete, by working in the space between activities that take place at and outside of school, regenerating our collective memory and committing ourselves to the narration and centering of children.' Through Traiettorie Urbane, the EOS Foundation and Con i Bambini are committed, for the next three years, also thanks to the support of local actors – including long-standing third-sector organisations rooted in the territory and the Municipal Office of the Guarantor of Children's and Adolescents' Rights – to implementing a series of initiatives in the sports and cultural spheres that will allow children and young people to strengthen their sense of belonging and foster their social spirit through the transmission of values such as solidarity, teamwork, and the fight against prevarication and individualism. Included among the planned activities, which will take place over the three-year period, are workshops for creating collective films that tell the story of the neighbourhoods, and guides for film professionals on potential film locations in the neighbourhoods; excursions to urban nature reserves to discover little-known routes for which the participants will prepare new signposts; cultural festivals conceived by the young people and aimed at a young audience; and new playgrounds, which can also be dismantled and are itinerant, to create new spaces to gather.

What new roads are on the horizon for the EOS Foundation?

‘The objective is replicability,' concludes Francesca Magliulo, 'we want to bring the cooperative model of Traiettorie Urbane to other places, especially in southern Italy, adapting it to different communities. The activities planned by the project are very interesting, but the real value is the connection between so many neighbourhoods and urban areas, between small and not so small associations, it is the creation of a system for accomplishing a common, long-term objective, not just a good practice that is applied haphazardly.’