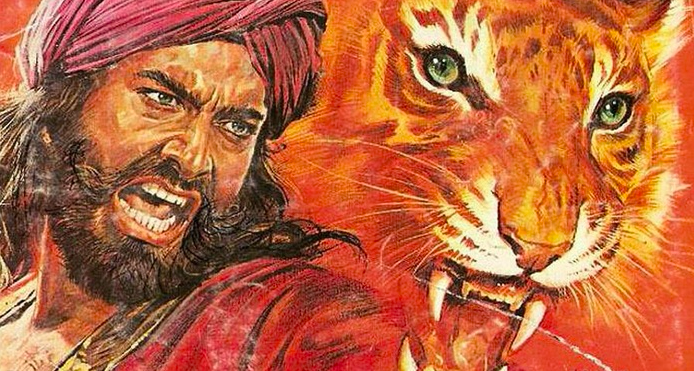 With the Mind's Eye - Is it still possible today to preserve the ability of the imagination?

It's been over a year since we stopped travelling, but I have to be honest, it's been a lot longer as far as I'm concerned. I've never been a world traveller; I've visited about half of Italy and a few European countries, and I've never needed to get a passport. And yet, whether I have travelled or not, if I wanted to regale you now with a story set in a remote corner of the planet, I would only need to use Google Earth, a few other sites and a good selection of words to make my story palatable and realistic. Through the internet we can find all the images and sounds we need, and while having everything at our fingertips is amazing, this ease is threatening a fundamental human faculty: imagination.

I'm blaming the internet, but this trend is not new: back in the 1980s, Italo Calvino, in his ‘Lezioni Americane’, warned us of the danger of losing "the power shape visions with closed eyes, to create colours and forms from the alignment of black alphabetical characters written on white paper, to think through images." Probably since the birth of television, the human mind has been getting used to projecting pre-packaged images which has consequently led the ability to create new ones to atrophy – but how did it work before? In 1883, readers of the Milanese weekly La Valigia found themselves reading the first instalment of the story ‘I selvaggi della Papuasia’. Imagine being dressed to the nines in a 19th-century living room and starting to read a story set in a remote place in the Indian Ocean – your imagination would surely be tickled, you would want to know more. It was this fantastic appetite Italians had at the end of the nineteenth century that began the career, which undoubtedly flourished from the point of view of productivity, of a great Italian author. Perhaps because he was considered a writer for children, he was never taken seriously by the literary elite. We are talking about Emilio Salgari, a man who had imagination to spare. An insatiable scholar, he tried to make up for the impossibility of travelling with encyclopaedic and cartographic knowledge and, although he never left Italy, he managed to recreate realistic scenarios set on the other side of the world. More than two hundred works came from his pen, including the The Pirates of Malaysia series starring the character Sandokan, and his most successful novel, The Black Corsair. While Jules Verne sailed the seven seas aboard a private yacht, Salgari pretended to be a man of the world to publishers, to have visited remote islands and to possess a sailing licence, to the point that he signed himself as ‘Captain’. Apart from being an extravagant man, to say the least, Salgari was extremely convincing in his stories: the flora and fauna of Malaysia were described with infinite colours, sounds and even tastes, the villages and towns of India have the correct names and, if you look them up on a map, even the distances seem credible. The boardings, descriptions of ships and their workings make one think an old sailor must have written them.

We have talked about travel and how a mind devoted to using its imagination can recreate distant places it has never visited. But can this talent be used to make people feel emotions they have never experienced? Can someone who has never loved describe the strength and impetuousness of the feeling that can most unsettle the heart? Let us stay in the 19th century, in 1847, when Emily Brontë pseudonymously published her first and only novel, Wuthering Heights. The story is well known: Heathcliff, a young boy adopted by a rich gentleman, falls in love with young Catherine. The love is never idyllic, but driven by tremendous passion that later turns into revenge. What comparison can there be between Salgari and Emily Brontë? What does imagination have to do with it? What is the difference between Wuthering Heights and other great novels of English Victorian literature, such as Jane Eyre (written by Emily's sister Charlotte) or Pride and Prejudice, Jane Austen's masterpiece? The answer is to be found in the author's biography: Emily Brontë, who had always been in poor health and had long been ill with tuberculosis, died in 1848, unmarried, at the age of 30. Through the novels of other women writers of her time, we can imagine the life of a young woman who did not take a husband and who dedicated her life to writing: how could Emily have known the passion she describes so vividly? How could she have known so well the feelings experienced by the protagonists of her novel? Very modern phrases that we would never imagine coming from the pen of an unmarried woman, who could only have met men in the presence of family or in social circumstances. The famous 'Be with me always - take any form - drive me mad! only do not leave me in this abyss, where I cannot find you!’ came entirely from her imagination.

In our daily lives it is becoming difficult to use our imaginations: it is difficult to close our eyes and create new images that we have never seen ourselves. What appears in our minds is the result of billions of visual stimuli, but it is not the result of our imagination. I know we all believe that we do not have the time to stop and imagine, yet Italo Calvino managed to describe fifty-five invisible, imaginary, diverse cities, made up of emotions, and to give each a name. I am a teacher; I will leave you with a homework assignment: describe your ideal city and project it into the space of your imagination. Try.