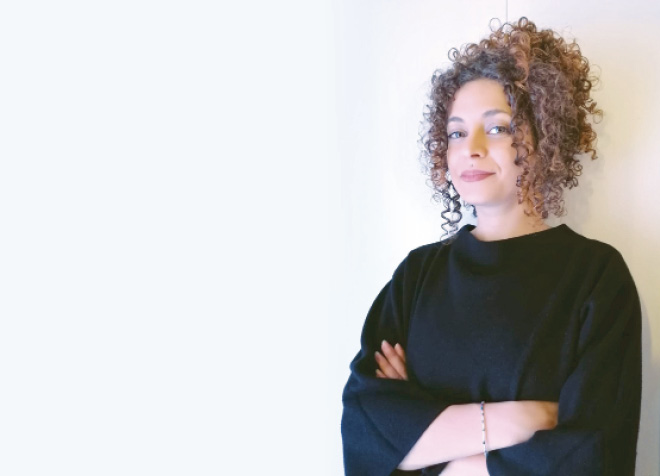 For some time now, State Street, a US fnancial ser vices and banking company, has been on a path of diversity inclusion marked by concrete and struc tured actions. The most recent leg of the journey has led the company to support the Valeria Solesin Award, an initiative promoted by the Meritocracy Forum and Allianz Partners, dedicated to the researcher of the same name, who was killed in the attack on the Bataclan in Paris in the fall of 2015.

The award, now in its fifth edition, has as its objective to enhance female talent, through the research of female students at Italian universities, as an engine for the economic and social growth of the country. The work of the first 4 editions has been collected in the book "Forza ragazze, al lavoro" (Come on girls, get to work) by Paola Corna Pellegrini, CEO of Allianz Partners, which, inspired by the legacy of Solesin, brings together the experiences of the participants, protagonists of change for a fair, inclusive and meritocratic society.

State Street believes in the search for and enhancement of talent and, for this reason, has decided to support the award. And that’s how I met Alessia Gesualdi, winner of the State Street Scholarship. After graduating from the University of Bologna with a thesis in business management focused on gender diversity, Alessia became a business analyst in the IT industry, where she continues to pursue research and commitment to gender diversity. ‘There are some things you just must not compromise on,’ Alessia explains, ‘like not being able to pursue a profession or aspire to a top position because of gender bias, the presence of this “glass ceiling” that we still haven’t been able to break through.’

The conversation with her was enjoyable and enriching.

Alessia, what pushed you to author a thesis on gender diversity?
This thesis was a starting point, but it was the result of a lengthy process of awareness: of the existence of inequality that remains too deeply rooted in the processes of defo-Mosca law – and the possible changes that a leader can create, through an analysis of the positions. In my research, I analysed the pre- and post-reform context (2008-2017), assessing the increase in the percentage of women on boards, on the one hand, and the small number of women in top management, on the other.
I paid attention to the differences between family frms and non-family frms, analysing what changes can occur in the presence of female leadership (CEO or President) on boards in terms of consistency, characteristics and roles played by
women.
There are several points of contact between the activities promoted by State Street and the theme covered in your thesis. For example, the Fearless Girl is an installation that we have already talked about here in DiverCity, commissioned by State Street, which is now in front of the New York Stock Exchange, with the aim of promoting gender diversity and encouraging the inclusion of women in boards of directors with the idea that, when women are in charge, things change.

What did your research reveal?
When women hold top positions, a frst sign of change can be seen within the BoD itself. The results of my analysis
showed that the percentage of women on boards increases in the presence of female leadership (CEO or President). The increase in the number of women on boards enables the creation of that critical mass needed to legitimise the presence of a minority within the group that is capable of both inﬂuencing the choices of the board and facilitating the reduction of the glass ceiling effect.
[Glass ceiling: a phenomenon where it is impossible for women to reach top positions in their working environment, which are generally reserved for the male population, ed.] Critical mass, in turn, legitimises the very presence of a female CEO.

Based on the fndings of your studies, what other benefits does the presence of female leadership bring?
Female leadership can also affect the role women play on the board: with a female CEO or President, the likelihood of
women serving as independent directors decreases, increasing female representation in executive positions.
This result is very important, as women, to date, have not really broken through the glass ceiling and remain underrepresented in the executive.
Effectively, female leadership can generate changes both within and outside of boards, but there is still a long way to go: the Golfo-Mosca law has allowed an increase in gender quotas within boards, but cultural and social change is needed to confrm real gender inclusion.