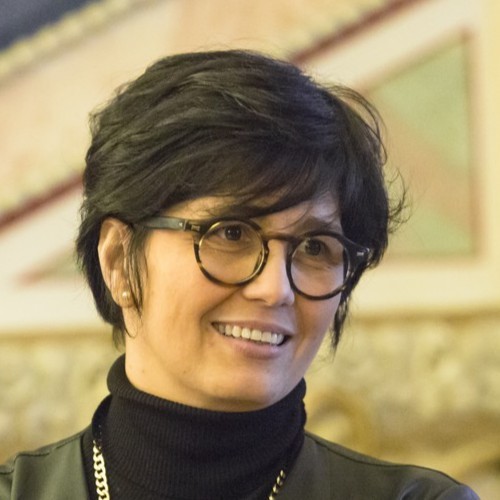 At this time, when we must keep our distance, kind words can become the gentlest caresses and most intense hugs. It is with this simple sentence that we want to begin to talk about what Parole O_Stili is and what it does. Today, too often, words are chosen and used in an unconscious, imprecise, casual and thoughtless way. Most of the time they are only used to take up space, to capture attention. Worse still, words are used obliquely, to misrepresent a truth rather than to illuminate it for the benefit of all. Or they are used to sabotage, to attack and to injure. Choosing our words is therefore very important. They define us. They can hug or reject. They can be flowers or they can be weapons, they can build bridges or they can increase distances.

‘You look like a possessed witch’, ‘You are an unpleasantly vulgar borgatara cessa’, ‘You really are insane! You’d be better off learning Italian first!’ What do these insults have in common? They are all aimed at women. According to the latest SWG survey for our association, in fact, women are among online trolls’ favourite targets. In this unfortunate ranking, homosexual people are on the top step of the podium, receiving +15% insults compared to the previous year, followed by migrants (+9%) and by people of Jewish religion or culture (+12). A symptomatic fatigue regarding ‘inhabiting spaces’ that are hostile has now clearly emerged. How many times a day when you’re online do you happen to read insults, violent phrases, jokes that offend cultures and identities? Certainly too many. Yet, words also have a lot of power, and very positive power; they can move, enhance or give confidence. And it is based on this belief that, in August 2016, I wanted to raise a provocative question for many colleagues in the world of communication and marketing: ‘What can we do to improve our virtual spaces?’ A provocation that was launched via WhatsApp that has turned into a journey full of satisfaction, teachings and a lot of hope for change.

The first stop on this journey was taken in Trieste (where the Parole O_Stili association is based) in February 2017, when the Non Hostile Communication Manifesto was presented in front of an audience of over 1200 people, a paper written by several collaborators in our community and which collects ten ‘style’ principles that aim to reduce, stem and fight negative language ​​online. The first signatory of the manifesto and our guest of honour was Gianni Morandi; an indisputable example of operating with great style on social networks.  From that moment onwards, the manifesto has rapidly spread from bulletin board to bulletin board, to the classrooms of Italian schools and universities. It has become an educational tool for over 250,000 Italian students, has been translated into 31 languages, and the President of the Republic, Sergio Mattarella, gave it to 500 children during the official inauguration ceremony of the 2017/2018 school year. It has featured in television broadcasts, books and cultural projects. Matera 2019 adopted it as an ethics charter, together with over 350 Italian mayors, including Beppe Sala, Chiara Appendino, Antonio De Caro, Leoluca Orlando and Dario Nardella. In addition, several large companies such as Tim, Sorgenia, Wind, Vodafone, Pigna have also adopted it.

‘Why was the manifesto so well received and widely shared?’ we often ask ourselves. The answer is that it uses simple but deep and direct language – the virtual is real, you are what you communicate, sharing means taking responsibility, etc. – which allows it to be understood at multiple levels and by a wide audience. Furthermore, it is written in the first person, thus presenting itself as a commitment of shared responsibility that is useful for encouraging respectful and civil behaviour. Over the years, some variations dedicated to specific areas have been added to the classic version of the manifesto: politics, public administration, companies, children, sports and science. The most recent addition, and perhaps the one we care about most, addresses issues of diversity and inclusion with the aim of inspiring us to choose the right words, words that know how to overcome differences, overcome prejudices and break down the walls of misunderstanding. Words that free us from labels, that do not isolate, that do not make us feel wrong. It was born with the ambition of becoming the manifesto of those who are at risk of being marginalised every day. Among the ten principles included in the latter, my favourite is certainly the one that is best at telling us how we can concretely begin creating a path of inclusion and equality, number five: ‘Words are a bridge. I cultivate curiosity, openness, the positive dialogue that arises when mental, social, cultural and hierarchical barriers are overcome. My language can create inclusion and citizenship.’

In short, including is a choice that we must make every day and in every context we live in – our families, businesses, virtual spaces – and language is a fundamental part of this choice. As Saint Augustine says: ‘Hope has two beautiful children: anger and courage. Anger about the reality of things and courage to change them.’ And it is with this hope that Parole O_Stili is today a welcoming community supported by tens of thousands of people. So, if you believe that words have weight and value, then Parole O_Stili is you, too.