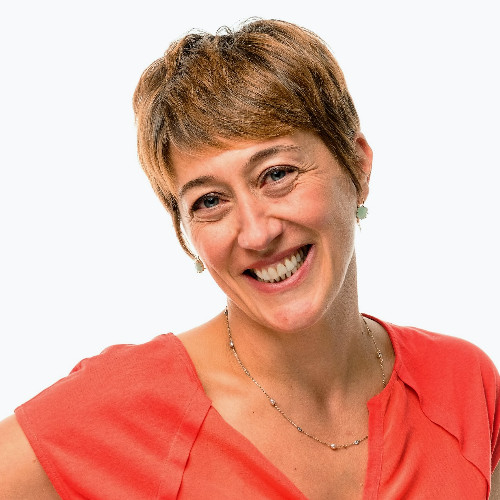 Valuing everyone, even through words - Snam’s Inclusive Language Manifesto

Language allows for effective behaviour, while actions make their most impactful difference when accompanied by the right words. How many times have the words of others hurt us, without them even realising? How many times have we joked, unaware that we were offending someone, either at work or in other circumstances? When we reflect on these things, we may be tempted to think “It’s never happened to me” or “That doesn’t happen in my company”. However, unconscious biases may always be hiding beneath the surface and can have an even greater impact on organisations.

Language is one of the issues that Snam has considered of the utmost importance in addressing issues related to diversity and inclusion. In 2020, Snam’s People Managers had a dedicated training session on the importance of adopting inclusive language. Additionally, the members of our Inclusion team, which was created with the aim of raising awareness on this issue throughout the company, immediately recognised the risks associated with unconscious bias, and have aimed to transform them into opportunities. Last March we involved the 35 team members in the project #Snam4Diversity inclusive energy. The team members, who were as representative as possible of the company’s many diversities, offered to commit themselves to promoting and spreading the culture of diversity and equal opportunities throughout the company, creating a work environment that values ​​everyone. Creating an Inclusion team gave everyone the opportunity to relive some professional experiences, leading us to ask which words or expressions had offended us or which, used by ourselves, had offended a colleague. The result was a joint reflection that led to the idea of ​​Snam’s “Inclusive Language Manifesto”. This was a point of reference and starting point for creating professional relationships based on mutual respect, also through language, while including each individual. This is accomplished by choosing words that respect identities, conditions, orientations and cultures. The goal is to avoid stereotypes, clichés, allusions and anything that may offend others, in their personal or professional lives. The five ideas contained within the manifesto cover all aspects of the language used to address all of the people who are a part of Snam: word choice, respect for the others’ time, the value of listening. We have deliberately chosen not to number them, so as not to create a ‘top of the list’ effect, preserving the importance that all points have as a whole: to shorten distances; to think about who listens to you; to get involved; to give space to others; to recognise the value of silence. It was presented internally in November, with the aim of becoming a point of reference in everyday life, and was well received by colleagues. We immediately shared it on our external communication channels so that the bridge of inclusion also invited other companies to create similar guidance for their employees.

Snam’s “cultural” effort is part of a broader commitment to its ESG factors (Environment, Social and Governance) which places equal opportunities and gender equality at top of the agenda. The latter is a criterion that today guides the company, with reference to both the composition of its corporate bodies and to its HR policies. In this context, Snam has developed a Diversity Recruiting Policy aimed at creating a standardised and inclusive methodology for the selection process and guaranteeing equal opportunities at every stage of the process. The company’s performance in terms of gender equality is measured and linked to the long-term incentive plan, with objectives linked to the presence of women in management. Women currently represent 33% of new hires, not only in staff roles, but also in Operations activities, an area that is traditionally male-dominated in the energy sector. There are now four women in Snam’s leadership team, who report directly to the CEO. Another area of ​​intervention is training: in this regard, Snam regularly collaborates with Valore D, the first association between companies that promotes female talent and leadership, and is also a partner of InspirinGirls, the international campaign that aims to help girls become aware of their talent by removing gender stereotypes. Since 2020 we have also been supporting members of “Parks, free and equal”, an association of companies united by the goal of promoting the inclusion of all individuals, regardless of sexual orientation. Furthermore, as part of the Snam4STEM initiative, the company provides the opportunity to several female students to participate in training days in the company, helping to encourage the study of science, technology, engineering and mathematics in the female population, also through scholarships. This is accompanied by the numerous initiatives aimed at creating a work-life balance and reconciling work with family life, from smart working to welfare services in support of parenting, such as the “Be Parents” initiative, an online path developed on the MAAM platform, with the goal of transferring back to work the many skills that can be learned by raising a child. As part of its D&I policy, Snam is also committed to promoting an annual training and education day for the children of employees, with particular reference to the fight against all forms of racial and sexual discrimination. Each of these combined initiatives earned Snam its admission to Bloomberg’s global Gender Equality Index in 2020, recognition that was added to that already received from Thomson Reuters and Equileap with the inclusion in similar indices linked to its commitment to Diversity & Inclusion.