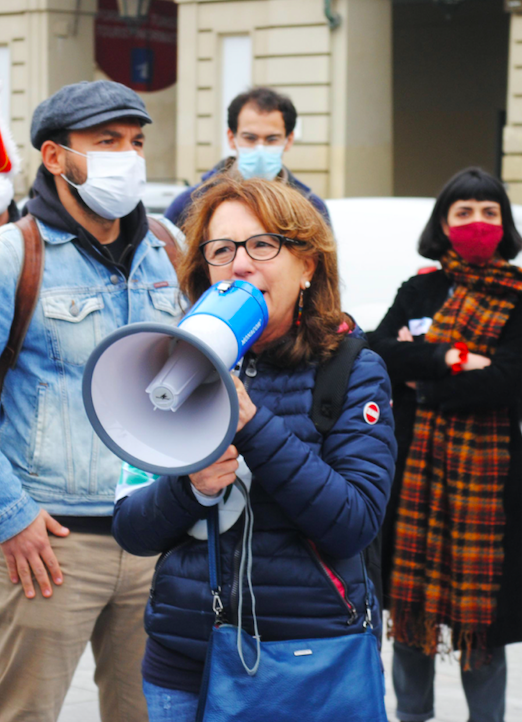 THE FIELD OF DIFFERENT COMPETENCES

There is no lack of recent examples of women and men playing and competing together in the sphere of amateur and promotional activities. This is different, however, when it comes to high-level competitions. "Sport has always provided for a male and a female category, with different rules and treatment,” underlines Patrizia Alfano, Regional President of Uisp Piemonte and National Manager for Training at Uisp, a sports promotion body with 450 affiliated clubs and associations. “It is no coincidence that there is a national association of female athletes (Associazione Nazionale Atlete) that demands equal consideration and treatment for female athletes."

History recounts the exploits of sportswomen who have managed to break down walls and prejudices: just think of the first woman to run a marathon, Kathrine Switzer, who managed to register for the competition disguised as a man, using only her initials: this was in 1967. Since then, many efforts have been made to convince people of the equal dignity that everyone with differences in terms of skills, gender and all other diversities should be afforded in sport: the Unione Italiana Sport Per tutti (Italian Union of Sport for All) has even made a video, with the emblematic title "Courageous Captains", which tells the stories of female athletes from the post-war period until today, who have fought as true heroines for the recognition of their rights: yet, the road to equality still seems long. This is demonstrated by the serious discrimination suffered by volleyball player Lara Lugli, who was sued for damages by her sports club because she was expecting a child. We cannot, therefore, overlook the fact that, despite the progress made and the increase in the number of women in sports, this area in Italy and elsewhere continues to create many stories of rights denied, of inequality and disparity, starting with stories involving women. “I started working at Unione Italiana Sport Per tutti when I was twenty: I was a passionate instructor and so active in my work that I was called upon to manage several sectors," Patrizia Alfano recalls. "When I was thirty-three, in 1989, I became pregnant: my contact person did not react positively to the news. A few months later, unfortunately, I lost the baby.”

The following year, when Patrizia found she was pregnant again, she did not share the news until she was six months along and – during her pregnancy – was elected President of the Turin Committee: “[...] when they found out I was pregnant, I was accused by some leaders of not having informed them about my condition so as not to jeopardise my election to the presidency.” In those years, there were very few women managers: “There was an air of change, especially in associations that, like UISP, were trying to evolve, with the renewal brought about by many young people like me who had come from the student movements, ” Patrizia recalls, underlining the conviction of the time: "We were counting on the power of sports to change the status quo; which is also why I did not adapt to the 'old' working method [...] and I immediately put forward my own identity: neither as a woman directed and advised by men, nor willing to adopt a male modus operandi." Five years earlier, in 1985, the UISP had drawn up the first Charter of Women's Rights in Sports, later adopted by the European Parliament and translated into the Women in Sports Resolution in 1987.

It represented the first step towards the official recognition of the claims of equal opportunities between women and men in sport within the European Union: the aim was to highlight the large number of inequalities between women and men and the importance of removing the cultural barriers that prevented women's full involvement and leadership. Following the enlargement of the European Union, revisions and implementations of the 1985 Charter became necessary: the updated version addresses sports organisations and federations, athletes, supporters' communities, public authorities, European institutions and all those organisations that can have a direct or indirect impact on the promotion of “sports for all”, and that can promote campaigns for equal opportunities between women and men, at the professional and amateur level.

UISP was the first major association, at the national level, to raise the issue of gender equality and to encourage women to hold management positions: "Today we are among the national associations with the highest number of women in management roles," Alfano proudly declares. Valuing different, complementary or alternative skills relates not only women, but also other frequently discriminated against people, such as people from the LGTBIQI+ communities: "For some time now the UISP has been fighting for the recognition of their rights and promoting seminars and training activities aimed at removing the obstacles that transsexual people encounter in approaching sports, starting with the difficulty of being accepted by the people they train and play with," she emphasises.

"Starting with the projects begun in several universities in Italy, where it is possible for transsexual people to request the activation of an ‘Alias path’, UISP offers members who are facing the tortuous path of transition the possibility to register with their identity 'of choice', without waiting for the outcome of the long judicial process of rectification of the registry documents." Ten years ago, a woman appealed to the then-Councillor for Equal Opportunities in the city of Turin to reserve a swimming pool for women of Muslim faith. "I was summoned and, after several meetings [...], I proposed opening the women's swimming pool on Sunday mornings to all mothers who wanted to meet there with their children or interact with other cultures and religions or play sports together: now this is the only pool in Italy to offer this and is used by many women, including Italian ones” Patrizia Alfano concludes.