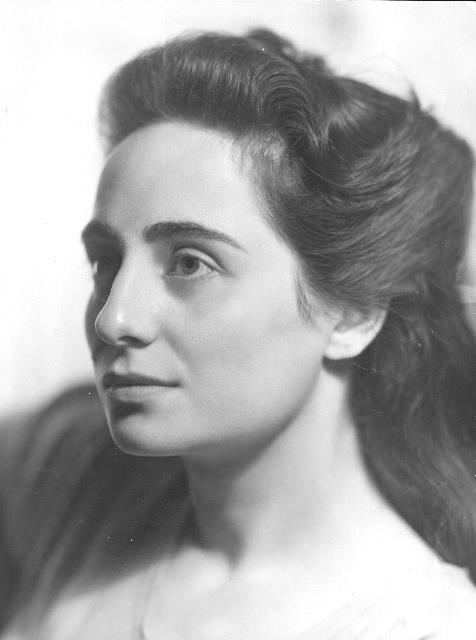 ‘No’. This is the syllable that Goliarda Sapienza, initially an actress in the theatre and cinema and subsequently a writer, heard every time she presented L’arte della gioia to a publisher. The novel which, with over five hundred pages and a gestation period of nine years, is only today considered Sapienza’s masterpiece, was partially published in 1994. The book, which was finished in the mid-1970s, was written in too experimental a style and its content was considered decidedly too immoral for the early 1990s. In the end, the story of Modesta, the protagonist, managed to reach the shelves of some bookstores only in 1998, when Angelo Pellegrino, her husband, paid for the publication of a thousand volumes for Stampa Alternativa. In the meantime, the author had passed away. The book had to wait for success abroad and the go-ahead from Einaudi and Mondadori (between 2008 and 2009) for a wider audience to have this novel sit on their bedside tables.

The question then arises spontaneously, and perhaps so does curiosity – what is so perverse in the words which, in black and white, describe the story of Modesta? This is exactly what it is important to talk about when approaching this novel: no word, used or omitted, is left to chance. Goliarda Sapienza probably kept in mind the intrinsic strength of the words of the Italian language and beyond, also of the Sicilian dialect. Since ancient times, literature has used the artifice of the aptronym, which consists in giving a character a name that represents one of their characteristics. From the very first pages, it is immediately clear that Modesta is the antithesis of herself. Her name is antiphrastical by choice. Shrewd and alert, this little girl has had the misfortune of being born on 1 January 1900 into a disadvantaged family in rural Sicily; after a childhood plagued by rape and by a stay in a convent, she begins to lay the foundations for her social rise, which will lead her to obtain the title of ‘Princess’, another word that, as we understand it today, suits her little. However, it is not only the word that is rich in meaning; the life of Modesta (modified to the anglicised ‘Mody’ from a certain point in the story onwards) is closely connected to the link that exists between words and silence. The young woman is aware of living in a society that wants to see her silent and obedient. Modesta never lets slip any of her secrets and wins the favours of those she admires, through patience and plotting without ever thinking aloud. From the very beginnings of her early education in the convent, she learns that there are beautiful words, like blue, suave, emotions and firmament and other, ugly words, like evil, hell and sin. Soon, however, that life of prayer and devotion feels restrictive to her and, just when a particular word is pointed out to her as the worst of all, hate, the child she was becomes aware of herself, together with the discovery of autoeroticism, and she tries escape from the convent cage. By now, at the height of adolescence, she knows that the answers to her questions are found in books and in culture, so after reading what the Mother Superior of the convent has left her, she is able, secretly, in the great villa of the Brandiforti, to read the books that belonged to her uncle Jacopo. The small library contains Voltaire, Diderot and Marx, all the books are marked up by Jacopo, who left this treasure behind believing that no one in that huge house would ever understand it.

Modesta is said to have been ‘born to be a man’, yet she, a woman, holds the reins of everything and, while the story unfolds, she insinuates herself into socialist circles, thinks of revolution and communism, stands against the mafia and is avowedly anti-fascist, at her own risk, in the 1920s. Because of these political ideas she is also arrested by the Blackshirts, at the beginning of the Second World War, and spends five years in prison. The political lexicon has great weight in this novel; in fact, although the Sicilian setting tries to keep the characters away from what happens on the continent, the background to the plot is a continuous reference to the darkest years of the last century. In addition to social mobility and political ideas, the character of Modesta is strongly characterized by romantic experiences. A life full of male and female loves, all different: childhood curiosity with Tuzzu, youthful love with Beatrice, the search for maturity with Carmine, the impossibility of realisation with Carlo, torment with Joyce, the search for the past with Mattia and finally tranquillity with Nina. Modesta experiences love continuously, but on the level of words, as always, she gives away little. To explain it using Carmine's words: ‘I love you is a word that one has to be careful to use’. For Modesta the word ‘love’ is absolute and she herself asserts that ‘evil lies in the words that tradition has wanted absolute, in the distorted meanings that words continue to cover’. In this novel there are many sexual and amorous aspects, yet we talk about orgasm, homosexuality and bisexuality without ever explicitly naming anything. This silence that peeps through the omission of words, however, does not give the reader the idea that the topics covered are taboos, on the contrary, it makes them appear so normal and everyday that they do not need explanations, and this can only be synonymous with great modernity.

‘Words nourish, and as food they must be chosen well before swallowing them’; Modesta's strength comes from the awareness that in the struggle for survival within society, it is not only the actions of individuals that must be authentic, but also what they say. This is a concept which – even more so today, in the era of online harassment and bullying – is received with reluctance by the common imagination.