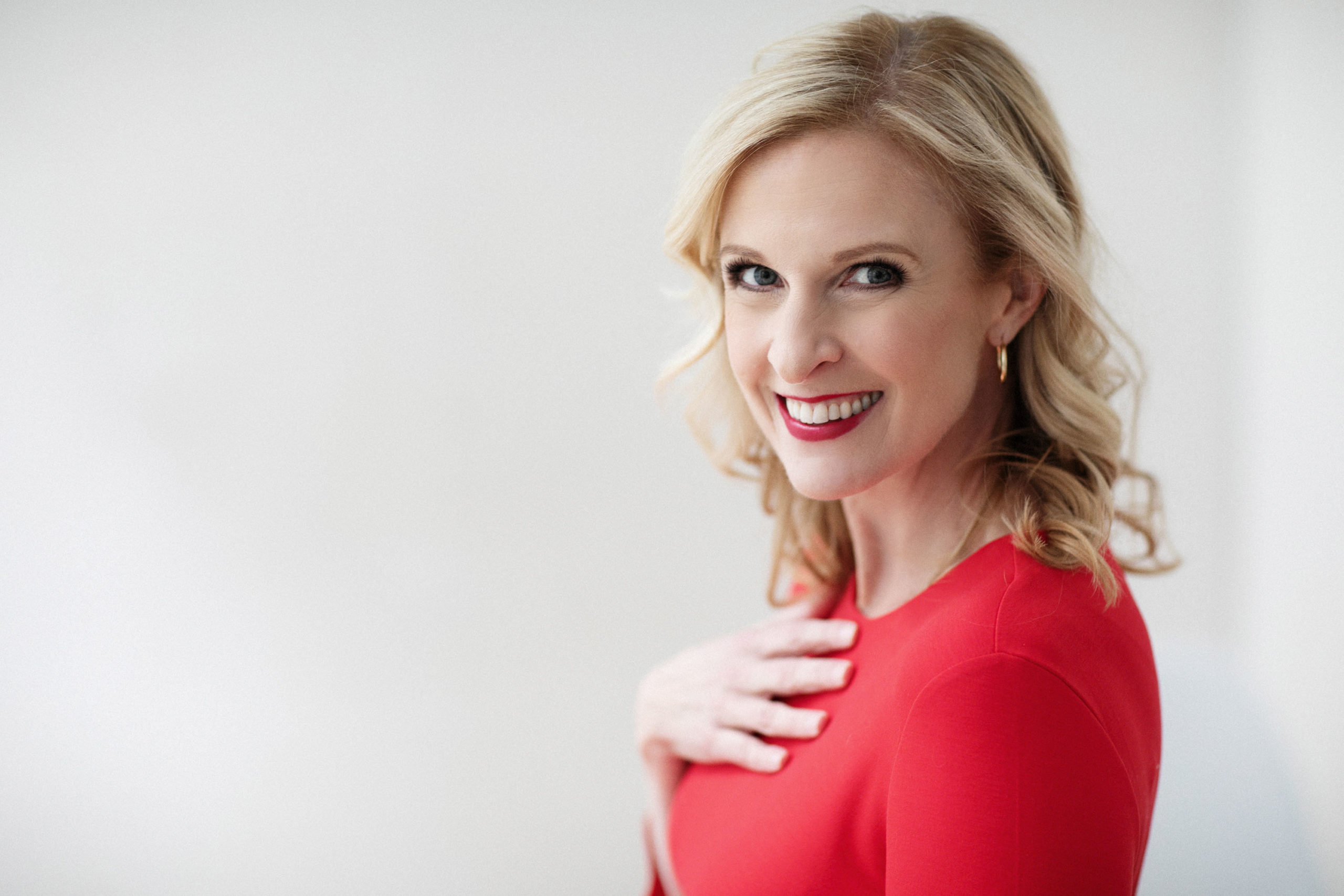 I was really confident as a child, sort of beyond my years, and remember being precocious and wanting to be in adult conversations. As an oldest child, I was involved in a ton of different activities and enjoyed all of them—particularly anything having to do with the arts and community service…not so much sports. I had parents who really encouraged, if not demanded, academic achievement; they really encouraged excellence in everything. They enforced a lot of structure in my life and had very high goals for me. I went away to boarding school when I was 16 because I was losing my way in my hometown’s large, anonymous, public high school, and it was the best opportunity I was ever given to really grow in my own maturity and be prepared to move across the country, which I did to attend a small, liberal arts college in Vermont. I grew up in a Methodist church-based family, and in a pretty conservative town in southern California. In our relatively wealthy area, there was little to no visible diversity in terms of ethnicity, nationality, or sexual orientation. I didn’t come out until I was 22, and I think I needed to go somewhere else in order to come to that realization. My parents identify as conservative, and in retrospect that distance in college was important for me to find my voice and discover who I am. Before leaving my hometown, I was totally clueless. There was no discussion of social justice anywhere around me, nor of feminism, ideology, or politics—I just knew that my family was conservative. My feminism awoke when I was 19 and sitting in a women’s studies class, and that changed my life. My awakening as an activist happened roughly contemporaneously and would intensify from there. Given my upbringing, I’m not sure where I came from, which is a little disorienting. It just came out of nowhere, influenced by no one—just a realization that feminism mattered to me, and from then on it took over every bit of my mind and heart. I think I am in part the product of being a first born daughter in a patriarchal family—I didn’t realize how much I hadn’t discovered my voice as a girl and then as a woman before I went to college. And that all prepared me for the work I would do later. It’s no surprise I am entrepreneur.

It was difficult for me to decide what to study in general, because I was interested in so many different subjects on the liberal arts side of majors—but not in math and science. I ended up with a double major in history and art history, then went on to get a masters in vocal performance and then Human Resources, which is what led to doing what I do now. I studied abroad for a year in England, something I very much did on my own, by finding an art-oriented university. England—Europe in general—has a strong tradition of supporting the arts that’s just not present in the US, and my college certainly didn’t have that kind of support or opportunity. As a really independent person, used to traveling alone and parachuting in new situations,  I had a blast—but it was only because I have always been good at building trust and community. Again, in retrospect, this was a way to practice and hone those skills—skills I use every day now in my work, as I travel to difference companies and conferences every week.

I knew I wanted to make a difference and do work that mattered so I could give back. I found myself in a temp job at City Year, an organization where young people ages 17-23 take a year to work on and give back to their city. I filled in first as an extra set of hands, then parlayed that into a multi-year rotation through a series of positions throughout the organization. I met some incredible people, leaned a lot about what it takes to keep an organization running on a daily basis and also what leadership in the non-profit world means. Perhaps more than the business case, though, the advocacy and service I learned became a huge part of my life and, subsequently, of what I would always seek in my work. The only reason I left—and I was sad to leave—was for grad school in New York for music, which I wanted to do.

In the US, at least, we have begun to look at it more as a business imperative than we did before. That’s a shift from the previously deployed moral argument that we should prioritize is because it’s the “right” thing to do. We now understand, and can show through data, that workforces the reflect the rapidly diversifying marketplace are the best at building products and services to meet demand. There is also a generational shift now that millennials are the largest generation in the workforce and are bringing their values—which strongly favor diversity and inclusion—to their job selection. That is impacting the acceptance of the reality of the conversation, because companies need to walk the walk, not just give the idea lip service. I also think that the word inclusion is becoming more of a focus: whereas diversity is about the “who,” and we can measure through raw demographics, inclusion is the how, which we’re realizing is the real test of whether that diverse talent is engaged and thriving. That’s a big part of why the word inclusion is in the titles of both my books.

Diversity means all of the visible and invisible dimensions of our identity, and it includes gender, ethnicity, and sexual orientation. But, even more expansively, diversity also means that which isn’t immediately visible, like socio-economic location, education, cultural identity, personality type—introvert vs. extrovert, visible and invisible disabilities, and mental health. There are many permutations of diversity that we can—and should—talk about.

My key commitment is to see workforces and workforce demographics, particularly but not exclusively at leadership levels, better reflect the diversity of our world. At JBC, our consultancy, we are focused on helping companies tackle the attendant issues, so as to make that a reality. Of course there are other goals—not just for me, but for the movement—like pay equity, which is critically important, but unfortunately most companies are not really taking a hard look at that at the moment.

You want your organization or team to be best positioned for the future—not just for today. By comparison, the demographic makeup of leadership is lagging behind that of the present market, let alone what is to come in the not-too-distant future. The numbers of women, and women of color, in technical roles in companies lag incredibly far behind the gender disparities in non-technical industries; women and women of color are far less likely to graduate with computer science degree[1]s, found tech companies, or have technical roles in companies than they are to do anything else, and they lag especially far behind white men and other groups in these areas. But they are not less likely to use technology. Companies that understand this and put effort into fostering black female tech talent are going to have an edge, because they will be tapping into an incredible wealth of insight and knowledge. And that’s vital to surviving the next decade.

I would like workplaces to feel inclusive for all kinds of people. But right now there is a lot of covering, or the obfuscation or downplaying of things that make us different, because of our perception—which, honestly, is a reality—that all of who we are will not be embraced by coworkers or organizations. So we continue to cover. And that’s harmful to our confidence and our ability to reach out potential.

Vernae Myers has a fantastic quote about this: “diversity is being asked to the party; inclusion is being asked to dance.” In the workplace, it’s not enough to proactively seek all these differences, though diversity of thought and experience is invaluable in business. It needs to be paired with activating those diverse roles and individuals and making them feel welcomed, valued, respected, and heard.