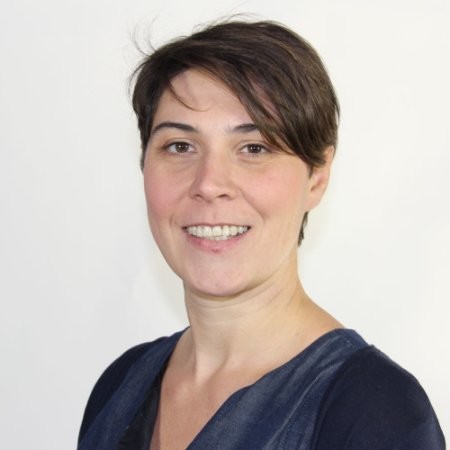 “I’ve gone through phases during which I felt undervalued; I was seen as an eccentric who was always nit-picking.”

These are the words of M., who is autistic and has been working for Specialisterne since 2019.

“From when he started his job, D. practically never had any contact with the rest of the team,” his coach explains, “And he did his work every day, for eight hours in his room, in complete solitude.”

How do we deal in daily working life with what we know is the “new frontier in inclusion”, that is, neurodiversity – the natural variation in terms of neurocognitive differences which includes all of us and also includes those who function differently from the majority?

First of all, let’s look at the facts and dismantle stereotypes and prejudices. “Autistic people are all IT geniuses.” Or vice versa, “autistic people are problematic, they can’t work.” Polarisation isn’t helpful to inclusion because it doesn’t help us to understand. It’s even worse when, as in this case, the claims are incorrect. Within the wide spectrum of human variability, autistic people are all different. “When you’ve met an autistic person, you’ve only met ONE autistic person,” Gabriella Di Natale, a coach at Specialisterne, tells us. “Not only because every autistic person is – like everyone – a unique individual, but also because autism is a multidimensional condition: one can have issues that are of a sensory nature, or not, just as one can have very different ways of communicating and relating to others.” What is a constant, on the other hand, are the difficulties encountered in workplaces: getting into them and staying there. In fact, 85% of autistic people are either unemployed or underemployed. Those who do work often pay a high psychological price, having to mask their condition and hide, as M. described above, eccentricities that cause them to be excluded and ghettoised.

“Companies miss out on an opportunity to include individuals who can make a difference, adding the lateral thinking that is so necessary in these uncertain times,” adds Di Natale, “and if we create the right conditions they can make excellent contributions.”

The roots of this phenomenon are to be found in the social stigma that underlines only deficits and the lack of adequate conditions in companies. However, the experiences of companies that have joined the autism@work movement tell us that we are now in a new phase. In Italy, too, companies like Everis, H-Farm, Flex, Avanade and Infocert have already seen that neurodiversity is a competitive advantage.Their collaboration with Specialisterne has already resulted in 40 autistic individuals being hired to fill qualified and fully productive roles. The results in terms of efficiency and innovation are measurable. The Harvard Business Review reports results from global leaders: to take two examples, at HPE, the neurodiverse testing teams are 30% more productive than the others. At SAP, neurodiverse teams have developed new debugging technologies that have created an estimated $40 million in savings. In these companies, employee engagement is also influenced positively, given the concrete impact that these projects have for the company and society in general. Now that knowledge of autism in companies is no longer completely at the pioneering stage, we have the opportunity to take a step forward with our understanding of this condition, which is still tied to stereotypes. Because although it is not correct to state that autistic individuals are “always IT geniuses” or necessarily interested only in this sector, it is correct that some characteristics that are correlated with being on the autism spectrum can be very useful in certain sectors.

“Information technology is one of these sectors. Specialisterne’s mission was born from the understanding that there is a way to connect the two worlds, obtaining value for both,” states Giacomo Capola, IT Manager at Specialisterne Italia, before adding, “our two most recent successes were the launch in February and April 2021 of two Academies with partners of international importance, SalesForce and Avanade. We are training 14 autistic professionals and facilitating the start of their careers as a SalesForce Developer and for Avanade as a C# Junior Developer.” Over the course of the year, Specialisterne also supplies continuous IT training, always tied to socio-occupational training, which is free for participants who have a basic knowledge of computers and the IT world and “with commitment, study and dedication we have often seen that after 6-12 months they had a good foundation of knowledge of the most popular programming languages and DBs and a more solid awareness of the IT world,” concludes Capola. If the employee’s skills are fundamental, the skills of the company that welcomes them are just as important. The work we do to raise awareness in companies is constant. Over the last year, hundreds of employees at companies were affected by awareness-raising and training interventions on the value of neurodiversity in the workplace. Activities that involved the entire workforce at a company, and in particular managers, who play a crucial role. “Raising awareness and training are the basis,” Di Natale states, “but the real activator is respect from the company, from colleagues, and the willingness to create a relationship, not always expecting the autistic person to be the one who does the adapting.”

Providing a colleague who is a point of reference – this can be a manager or a person who is chosen ad hoc – to help understand those conventions that most people take for granted. Furthermore, one should never take for granted that apparently obvious organisational mechanisms have been grasped. For example, being taken off a project because of a shift in priorities, if not explained, can be interpreted as a problem and taken personally, disrupting a process of personal and professional growth that is based more on concrete evidence than on social conventions. “This is a new vision of inclusion in which “moving towards the other” is reciprocal, there is no majority that includes, which assumes an inequality of power between those who include and exclude. This is a vision in which,” states Fabrizio Acanfora, who is autistic and a neurodiversity educator, “it’s about living with differences, and when this happens it generates benefits for everyone.” “Inclusion is not a unilateral process, in which one side adapts to the other, or one side makes concessions to the other,” continues Acanfora “but it is a meeting, and when it occurs it generates change for everyone involved. When all ways of thinking are valued in an environment that is adequately prepared, that unleashes enormous potential.”

D.’s coach tells us about this. “The new team has given D. the time and space to learn and the opportunity to deal with aspects that for him are obscure or complex. Today, 5 months since he began working, D. is completely independent, and his tasks have expanded, to the point that during his absence the team misses his precision and punctuality.”

M. tells us, “I was hired by Specialisterne and started working for Flex. Here I am in charge of testing electromedical devices, I have a hyperspecialised job where my quality work, precision, orderliness, time optimisation and high concentration make all the difference. What was once considered a limit is now considered one of my most valuable characteristics.”