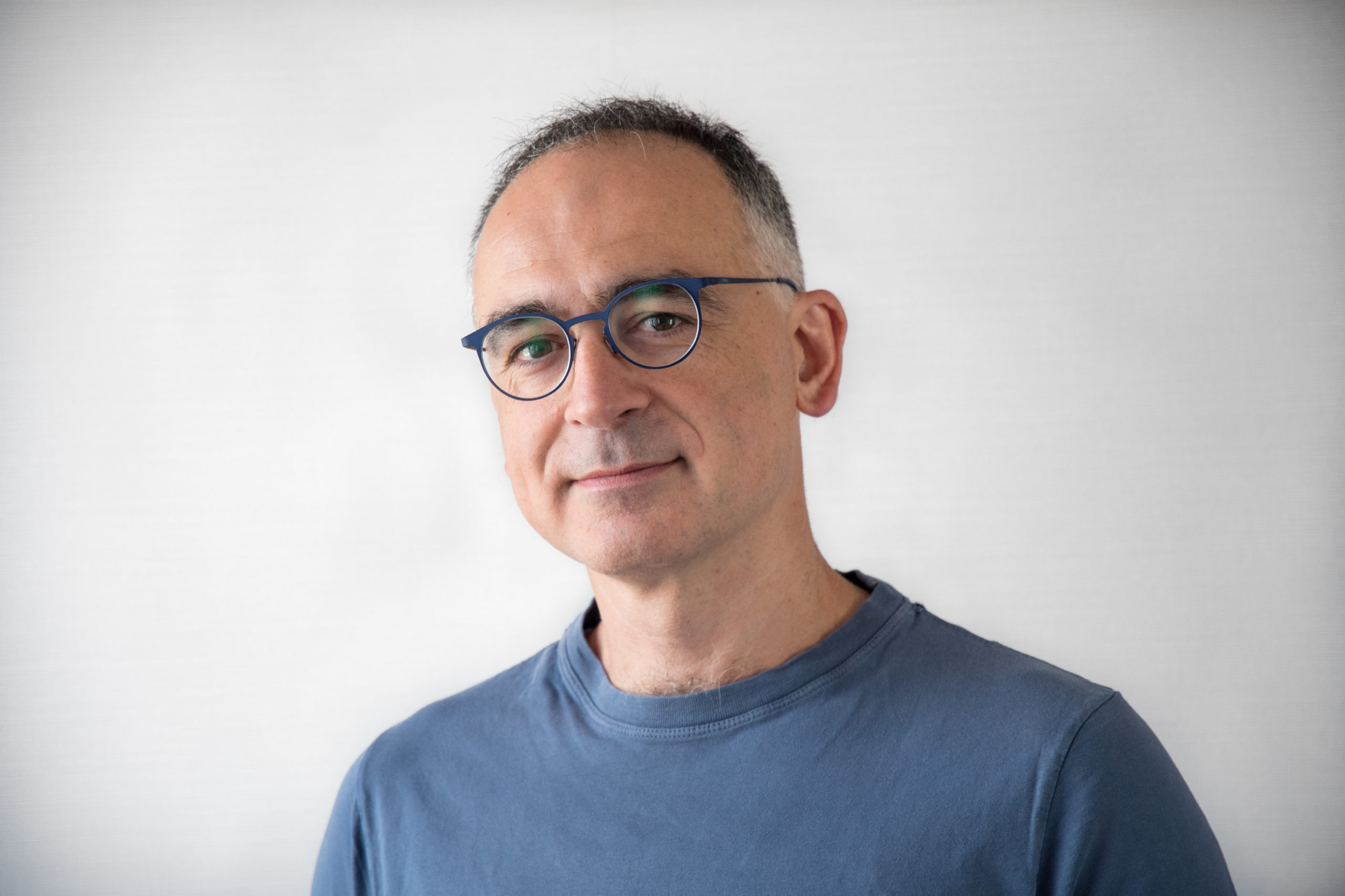 She's the one who works

The story of Roberto – now 51 years old – is not common, at least in Italy. I was fascinated by the ease with which he discusses his choice: on the Rome-Paris-Tokyo-Milan axis he combines the fullness of his role as a father with the strength with which he supports his wife's career. Roberto is an example of diversity and courage and – in life as well as in a work environment – of how different backgrounds represent a value to be sought out and promoted. Let's get to know him together.

Roberto, tell us what kind of a father you are.

Gladly. I lived in Rome until 2014 and my daughters were born there: two from my first marriage and the little one I had with my current wife. In those years I managed to balance work and family commitments by frantically racing from one side of the city to the other. I was an attentive father, a clear presence. I never missed the most important moments of my daughters’ childhood: I picked them up from school, participated in meetings with other parents, I was there for performances and sporting events. I was one of the first divorced fathers to have joint custody, even before the law was passed: I fought not to be the dad they only saw on Wednesday afternoons and two weekends a month. I wanted to share everything with my daughters: stomach-aches, the joys of getting good grades at school, everyday life and the happiness of a new, extended family. My being a very involved father is motivated, on the one hand, by personal preference and, on the other, by the frequency with which both my ex-wife and my current wife travel for work. I learned not only how to manage daily household chores but, above all, to fill the gaps of a maternal absence that could occur frequently.

At a certain point, life offered you an opportunity: what happened?

In 2014 my wife's career took a turn and we moved to Paris. The driving force behind this choice was how uncomfortable we felt living in Rome. We had agreed that when my second daughter graduated from school, we would start a new life, perhaps abroad. We were lucky because various conditions aligned and we left earlier than expected. In fact, at that time the company I worked at as an IT manager went into liquidation and I felt a deep desire for change. At the same time my eldest daughter, who had already graduated, began her journey into adulthood and her sister expressed the desire to come to Paris with us. Everything fit together perfectly and it was an easy decision.

Were there any elements that you underestimated?

Yes. I left with little ‘awareness’ of what I was heading into, today I recognise that. Work is part of my culture: I took it for granted that in Paris, within 3 or 4 months, once I had solved the logistical problems and learned the language, I would go back to work. But I was wrong, because the initial phase took a long time: looking for a house, settling our daughters in school, rebuilding a network of contacts (the doctor, the paediatrician, the social fabric). It takes time to settle all the things that make you feel good. I realised that, without the social network that we used to have around us, life was definitely complicated. My wife was very busy with her new job and travelled frequently. I became aware of my pivotal role in the family, the person everything else revolved around. I understood that I could not ask too much of myself: in that completely new context, the role of ‘family man’ – as I define myself – is indispensable and all-encompassing. Managing and organising the family – in all its quotidian and other aspects – gradually became my main commitment and completely replaced the initial idea of ​​finding a job. Of all the things I do for the family and in support of my wife's career, what I care most about is creating the conditions for my wife to make the most of her time at home to build a quality relationship with our daughter.

How did you experience the absence of a job?

Human beings identify with the work they do: work gives us dignity and autonomy. I identify with the family and am gratified by my role, but to be totally satisfied from a psychological point of view, I also wanted a professional identity. In 2017 my wife was offered a new job opportunity in Tokyo. My second daughter had just graduated from high school and decided to go to university in Paris. So we left for Japan: me, my wife and our little girl. In Tokyo, to work, you need a high level of knowledge of the language, which is complicated. Based on what I learned from our experience in Paris I organised our family situation faster when we moved for the second time, I fully accepted the role and this allowed me to make the transition from ‘I need a job’ to ‘I want a business that fulfils me’. Thanks to my wife – who encouraged and supported me – I started holding Italian cooking courses in English: a successful and profitable activity organised at home, in which about six students per lesson invaded my kitchen for 2 or 3 mornings a week. Combining two roles that do not overlap and that do not conflict gave me great satisfaction: my culinary activities took place in the morning; at 3 p.m. my daughter returned from school and after that I managed extracurricular and family activities. I deliberately turned down afternoon or evening cooking classes, although they were better paid: I wanted my role as a ‘family man’ to remain a priority.

I assume your choice led you to be the victim of prejudice.

Indeed. In Japan we had the opportunity to participate in various public events related to my wife's business. On such occasions all the people we met approached me – before her – to ask about my work. When I explained that ‘she is the one who works’ while I took care of the family, interest in me suddenly disappeared: I belong to the 5-10% of cases in which it is the man who has followed his partner abroad for her career. I myself am not free from prejudice. I was comfortable with my role in the family, but I was not comfortable with the society around me. The communities I socialised in (French, Japanese and Italian) represented cultures in which roles are well defined: the man works and the woman takes care of the family. Sometimes my discomfort was about relating to men who were working abroad in important positions. I could find no points of contact because everything I dealt with was foreign to them. Some communities are more highly evolved than others: I met many more French or Northern European fathers – rather than Italians – who had followed their partners. I participated in the ‘Dads’ Coffee Mornings’ with about twenty men: there were those who looked after the family, those who had a small business, those who maintained a job remotely. It was a similar situation to that of mothers: in the French community there was a much more structured monthly coffee morning organised by the wives, but I only participated once because being the only man made me uncomfortable.

What are your plans for the future?

We have been back in Italy, in Milan, for about a year. After the first few months dedicated to finding a house that suits our needs, COVID-19 and the lockdown made the situation complicated. My wife's commitments are growing, despite less travelling due to the pandemic. My daughter has school and extracurricular activities that necessarily require family support. Therefore, I would like to find a job that is compatible with my role in the family. I activated a Coaching path to find my bearings myself: I have a six-year gap in my CV but, at the same time, I feel like a capable person, full of strength. I am observing the job trends now and doing training courses. It is difficult for me to figure out which company I might be attractive to: I wonder which company will be interested in enhancing my experiences and skills.’ In some European countries there are networks that bring together people who have decided to take a career break for a few years in favour of other activities. They represent a valuable resource for companies looking for different backgrounds to include in their staff. Valuing profiles that have ‘holes’ in their CVs – in which, however, they have gained different and rich experiences – is synonymous with being broad-minded and having the ability to enhance alternative points of view. Good luck Roberto!