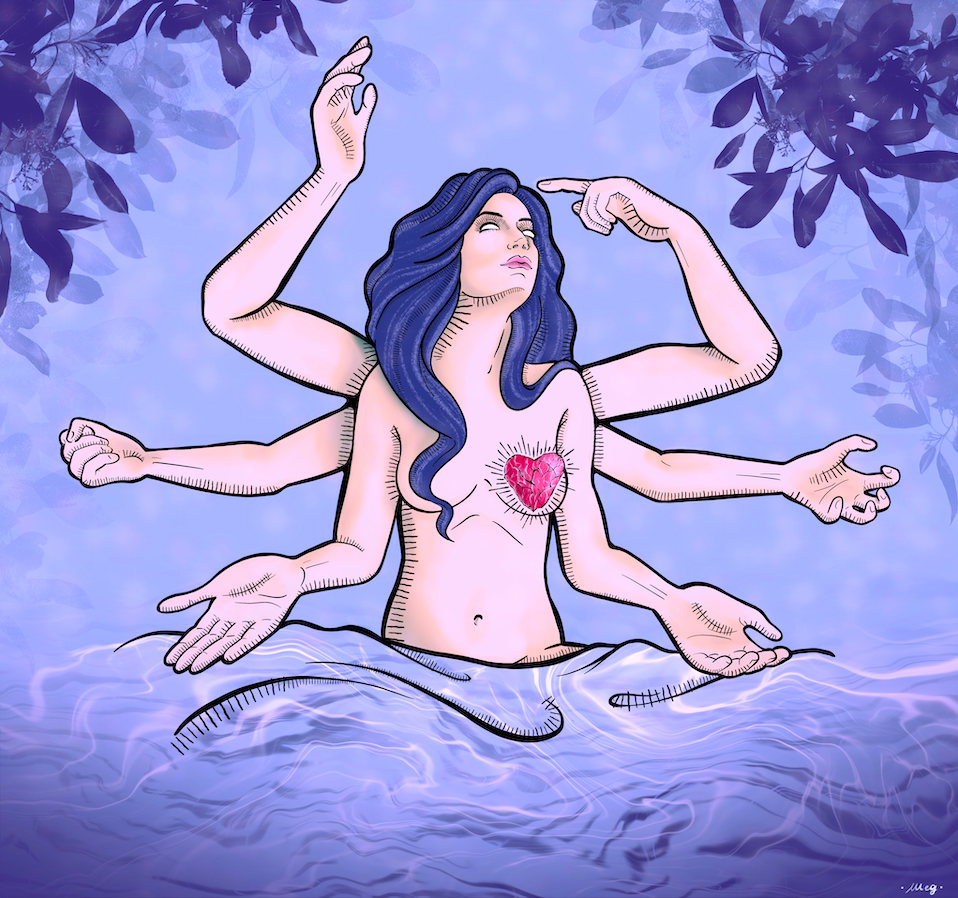 Children learn to walk. They fall. Their parents reassure them, and they get up and try again. As children grow, they may have to relearn how to walk, but as an adult it is harder to get up after a fall. For some people, an HIV diagnosis can cause a fall. It’s a virus capable of destroying the immune system – the defences that the body puts in place against external threats, such as infections. Left untreated, HIV lowers these defences to zero and the infected person develops AIDS, becoming extremely vulnerable. Fortunately, today HIV-positive people can avail themselves of very effective therapies. Although these therapies cannot permanently eliminate the virus from the body, they can prevent it from destroying the immune system, thus stopping the infection from progressing to the disease. Infected people must be on medication for life: "All my life I have always seen my infection as a handicap, an insurmountable wave that was crashing down on me, day after day, making me flounder. And for years I was looking for a bit of oxygen that would allow me to breathe again." (A., 23 years old).

Being diagnosed with HIV can feel like a fall, from which it is important to get up again fearlessly, like a child would. The will to live is that push that allows you to get back on your feet faster, transforming this limit into a starting point and not an end point, with an awareness of being the main character in the movie of your own life: "When they tell you that your life could end soon, your perspective on everyday problems changes. For every problem there is always a solution, you just have to want to look for it." (C. 37, years old).

"This thought is for my mom, who, despite the difficulties of having been young and alone [...], decided to live. She taught me not to be afraid of dark thoughts, but to mourn them all, especially when loneliness envelops us, and to take a fresh breath every new morning. She taught me to move carefully and with courage because I can dream of being anything. Being HIV-positive is not a limitation" (W., 22 years old).

Unlike other chronic illnesses, which can evoke compassion and bring others closer, HIV infection comes with another, very powerful virus; ignorance, which leads to discrimination against and the alienation of HIV-positive people: "Being HIV-positive carries great social stigma" (S., 37 years old).

While for other illnesses it is easier to reveal one's condition and obtain support, HIV positivity takes longer to be shared. The HIV-positive person must do a lot of inner work to get to a place where strength and fragility co-exist: "Talking about this condition is like laying oneself bare," like "having many hands in different positions, some signalling openness towards the world, to help but also to be helped; while others are closed and angry." (M., 26 years old).

Information remains the most powerful weapon for removing stigma and creating a more welcoming society that is open to all types of diversity. Few people know that adhering strictly to antiretroviral therapy allows people who are HIV-positive to not infect their partners and to have healthy children. Many in Italy remember the image from commercials aired in the 1990s, which featured HIV-positive people surrounded by a purple halo. "We exist and we are not dangerous if we adhere to treatment strictly. We can live long lives, have children, have good jobs. I've had all of that. I have a son who is HIV-negative and am part of a couple in which only one partner is HIV-positive. My partner gets tested every year. The last one was last week. He is negative" (C., 37 years old).

The mistrust that HIV-positive people feel confronted with forces them into daily acts of resilience in which an apparent limitation is transformed into an opportunity: "HIV is an infection that I have lived with since I was born and thanks to which I have learned what it means to live with a mask. I learned to listen to others, to understand them and take care of them [...]. This condition pushes me to leave my mark on the world, to want the best for myself and others. It has led me to achieve goals that I would never have thought possible only a few years ago: to be independent, to live with the person I love, and to get a degree." (B., 26 years old).

"Living with the virus has given me opportunities. I became a peer-educator and I encourage other young people with HIV to share their experiences; to share them and reflect deeply on who we are and how to fight the stigma of HIV. I've been a spokesperson for young people and have worked with people and associations from other European countries [...]: the memories, and the feelings that you experience in these contexts can give you a depth that life doesn't always otherwise give you. And I am proud of it." (S., 37 years old).

This article comes from Work in Progress (WIP), a group of HIV-positive youth and young adults committed to spreading accurate information about HIV to fight discrimination against HIV-positive people. The group is part of the Penta ONLUS Foundation, which coordinates an international network of scientific research on paediatric infectious diseases and is active in over 30 countries worldwide. Scientific progress and the dissemination of accurate information can help improve quality of life for HIV-positive people, so that all those living with HIV can one day say: "So far the people I have heard talking about HIV have never expressed themselves in an inappropriate or superficial way. This is enough for me to continue to live as I want and not to consider this infection a limit to my aspirations." (S., 18 years old).