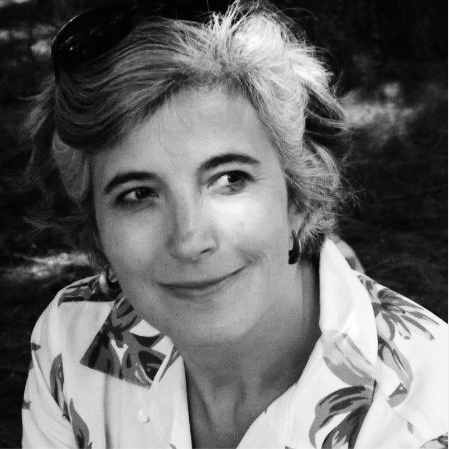 In the United Nations Convention on the Rights of Persons with Disabilities, the article dedicated to employment is interesting because it highlights that persons with disabilities should not only find employment thanks to the appropriate paths and reasonable accommodation. Article 27 of the Convention, on "Work and Employment", states under (f) that States shall “promote opportunities for self-employment, entrepreneurship, the development of cooperatives and starting one’s own business."

Issue 11/2017 of the historic HP-Accaparlante magazine was dedicated to this very issue, and the monograph is entitled “I’m setting up my own business. When disabled people do business”. Among them is the extraordinary Claudio Imprudente, one of the founders of the Accaparlante Cooperative. The editorial reads: “perhaps the notion of a ‘self-employed’ worker seems to contradict the limitation of ‘autonomy’ that the deficit [of disability] brings with it”, but then, page after page, through the news and testimonies collected by Massimiliano Rubbi and Valeria Alpi, we see the paths that can be taken to create new forms of support for the entrepreneurship of disabled people and discover interesting success stories from all over the world. Listening to the stories of disabled people at work in Italy shows that they are often not that well integrated and satisfied with the work they carry out in their places of employment. They express discomfort and mention difficulties, for example, in managing relationships, especially when there are sensory and/or cognitive issues. It also brings to mind the fact that in advanced countries today, unlike in the past, the process of tertiarisation means there are fewer job opportunities in the manufacturing sector, where people with hearing impairments, for example, could previously be more easily employed following specialised training.

I close my eyes and see the extraordinary archive photos of a former institute for “deaf-mute people” (https://bit.ly/3xQLcJe), and my memory goes back to a multitude of people I had the good fortune to meet, people who are now elderly, proud of the life they have lived in spite of the difficulties they faced, but fulfilled by the work they have done, weaving social as well as family relationships. I discovered that in the manufacturing sector in Lombardy in the late nineteenth and early twentieth centuries, artists and craftsmen, shrouded in silence, worked in a sublime manner, sometimes concentrating on mechanical and repetitive actions such as printing, including printing the Corriere della Sera newspaper, and at other times occupied in more creative activities, such as preparing sets and costumes at the Teatro alla Scala and decorating precious porcelain at Richard Ginori.  Others were diligent and precise craftsmen who sewed shoes as well as books; they were shoemakers and bookbinders who worked in their workshops, where communication with customers was straightforward and direct, using not only lip-reading but also writing on paper.

Today, with more and more technological devices available in their working environments, people with disabilities appear to be able to overcome all barriers, in working contexts that are, at least nominally, inclusive. But many people, who at first glance are lucky enough to have a job, express that they feel a sense of isolation and face misunderstandings and hardships that are sometimes overwhelming, without the necessary support, awareness and training for the working environments they are placed in to be able to overcome stereotypes and promote knowledge. I think that whoever helps a person with disabilities grow into an adult and independent life must pay attention to their innate capacities, as well as those that are acquired, and focus on what gives the individual satisfaction so they can identify appropriate training paths that will lead to employment and self-employment.

One day, at the age of 25, a man who had lost his sight as a boy replied to a job advertisement from a well-known sculptor from Bologna, Nicola Zamboni, who was looking for blind people to see if this type of disability could be an obstacle to artistic creation. For Felice – who was working as a switchboard operator at the time – this was a decisive meeting for his career. Zamboni recognised extraordinary talent in him, and he set to work to "give shape to dreams" – his own dreams. Thanks to a years-long apprenticeship Felice was able to sculpt his own life, becoming an internationally renowned sculptor whose works are placed in museums all over the world, including the Vatican Museums. Felice Tagliaferri is not only a great artist, but also works as an inspirer and trainer, through experiential workshops attended by multitudes of people, in particular teachers, educators and those in the caring professions... who learn from him what it means to educate and heal by overcoming barriers and going beyond what is seen, connecting with others empathically, as well as through “heart-to-heart” touch. (www.felicetagliaferri.it)

Raising awareness in certain environments, paying greater attention to others and cultivating active listening are amongst the fundamental actions needed to create workplace inclusion projects in companies, but also to encourage people with disabilities to take enterprising paths in the world of self-employment, beyond prejudices and indifference.