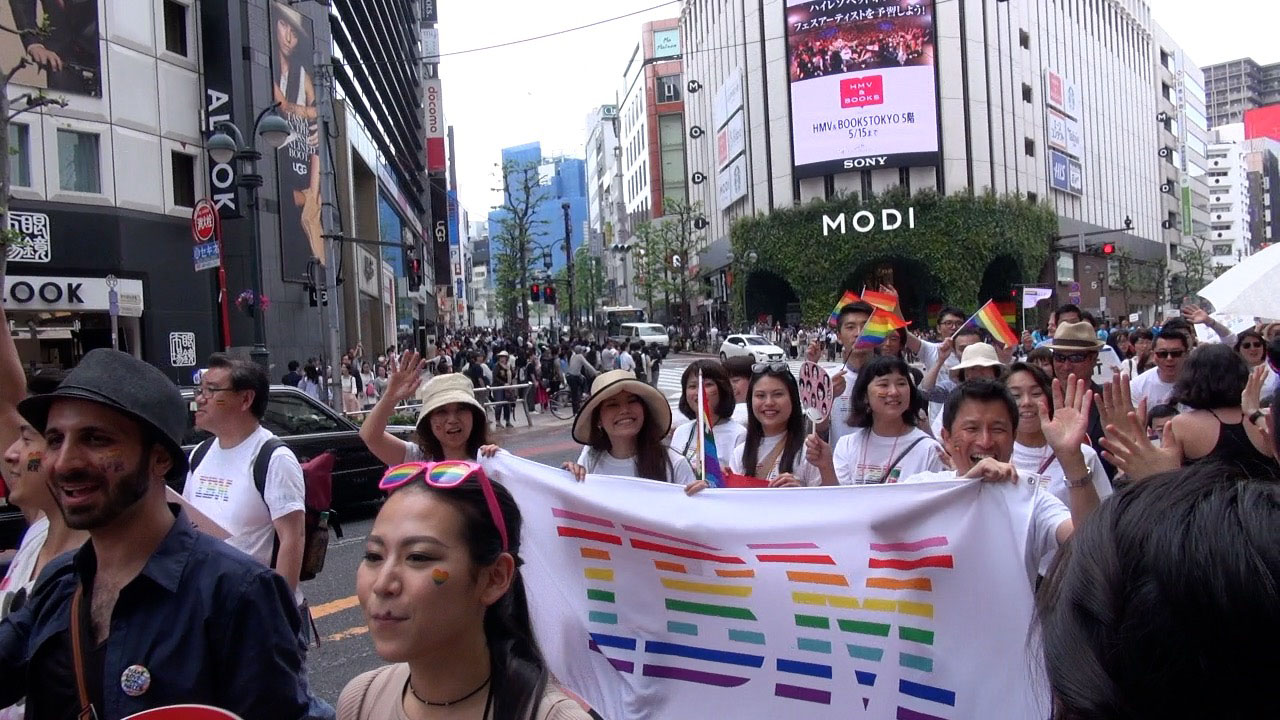 Out of the bubble

I felt privileged, and felt that I was wasting this good fortune. It was one of the reasons I came out to the company many years ago. I was a privileged employee of a large multinational, and I knew that I would be welcomed and not discriminated against, valued and not penalised. Sometimes I repeat to myself that all in all it was a small leap into the void all the same, and I go back to that distant day in January, when my photo appeared in the very popular company newsletter on a Friday and, immediately below it, it said, " Leader of the LGBT group of IBM Italy". That afternoon I had calculated everything down to the smallest detail. I was on vacation, had turned off my cell phone and wandered aimlessly through the streets of Milan. I remember that suspended time well, as I tried to imagine the reactions of those who knew me. And also of those who did not know me personally, and over the years had gained who knows what impression of ​​me as we crossed paths at work. And in that moment they were discovering something so intimate and personal to me through an e-mail. But then I say to myself “be honest and tell this story completely”. So here it is, my story: when I came out to the company I was like a trapeze artist – a bit scared and awkward, it’s true – but from above I saw a solid net beneath me, which would protect me if I fell. IBM was a shelter from any storm, a welcoming place where top management had made it clear that I would be safe, and that I would never risk losing my job. I also knew that saying it once would not be enough. A new project, a new team and I would still be able to decide whether to come out. But that safety net would always be there. This awareness was like having a warm blanket in winter, but at the same time it made me feel guilty. “You like easy wins”, many could have said. Young men and women aware of the fact that coming out in their workplace could be dangerous, in many cases; or lead to silent discrimination, in as many other cases. It is all too easy to win, I thought, when you start many metres ahead and your fellow competitors are slowed down by fear and doubts.

My dream is that in the future no one will have to hide anymore, and that people will no longer fear that homophobia, transphobia and blackmail could shatter their careers and their lives beyond work. This is why I immediately felt the desire to get out of my bubble of privilege and try to communicate as much as possible with the outside world. With those companies and institutions that were already trying to change things in this area, but also with those that have never wondered about the advantages that diversity & inclusion could bring to their business.

I am still convinced that it is always useful and important to emphasise our good practices in terms of inclusion, but this in itself has never been enough. That is only a first step on a very long journey, and if virtuous companies want to have a positive impact they must continue to "create a system", join forces, create synergies between groups of volunteers, demonstrate every day in the field how much the word "diversity" is linked to the word "innovation". LGBT diversity is easily hidden, but if no one can deny that in recent years the market has also noticed us as consumers, that same market will also understand that ignoring us or considering this a phenomenon limited to specific sectors is short-sighted.