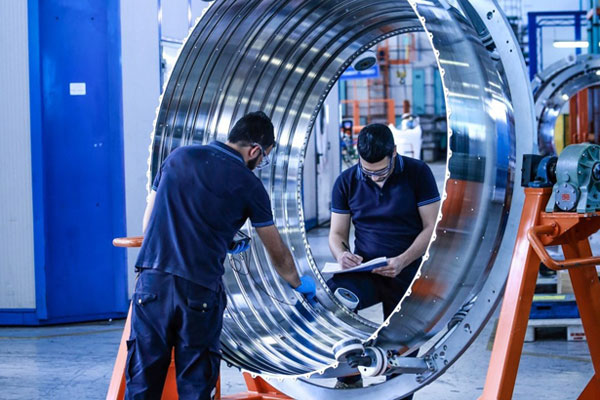 NOT JUST WORDS - The road to inclusion, step by step

The debate on gender neutrality in language is not recent. Already in 2008, the European Parliament began reflecting on the issue, becoming one of the first international organisations to adopt specific multilingual guidelines. Over the last decade, the importance of this topic has acquired relevance not only in the institutional and academic world, but also in the corporate realm. Organisations, in designing Inclusion & Diversity strategies, have begun to understand that inclusion is also about the manner and tone with which one expresses oneself at work and that this does not only concern gender but also, for example, disability.

‘On the gender front, our mother tongue is binary, but as part of a multinational company we usually use English for internal communications as well,’ explains Carlamaria Tiburtini, HR Business Partner and I&D Leader of Avio Aero. ‘This helps, not only because it is a universal language that brings colleagues with different nationalities in the organisation together, but also because of its neutral nature, which helps work towards inclusion.’

‘The deeper reflection, however,’ adds Carlamaria ‘regards each person’s way of communicating, the words we usually use. As Igor Šuran, Executive Director of the Parks – Liberi e Uguali association that we are a part of, states, the words that make you feel excluded are not necessarily vulgar or offensive ones. Very often, they are the same words we use every day that in certain contexts make those who do not recognise themselves in this expressive parameter feel excluded. This is very true in the field of disability, for example, where stigmatising expressions have been replaced by others that are sometimes just as inadequate, incorrect from a scientific point of view or, worse, paternalistic.’

At Avio Aero, paying attention to this aspect is part of the process of creating cultural awareness that the company has wanted to undergo. ‘In the case of our company,’ continues Carlamaria, ‘the factory is our operational heart, certainly the largest in terms of numbers and, also, the place where most employees are male. Over the years, talent acquisition and retention policies and our vision for a brilliant factory – a new approach to manufacturing based on technology and innovation, which completely transforms the traditional factory environment – have led us to include more and more women on the production lines, which brought problems relating to language to the forefront. These were then amplified by our opening ourselves to the LGBTIQ + world. At first, in some cases, sexist or vulgar language were also followed by inappropriate behaviours. Along with taking the necessary disciplinary actions, we began to work, at an organisational level, on the composition of the teams to make them as diverse as possible in terms of age, gender, seniority; and we also worked on stereotypes through targeted training and testimonials. Now we are focusing on personal awareness and intend to conduct pilot projects in our factories, which are open to all functions and professionals to help people appreciate the value of using appropriate language and, consequently, to increase their awareness of the language they use.’

Out of a personal, as well as professional interest, Carlamaria Tiburtini follows theories on the evolution of language in relation to inclusion with interest. ‘It is interesting to see how there is a lot of research into making language evolve so that it reflects current events and to find alternative solutions to the dominance of the masculine; I am thinking of the ‘singular they’ – the word of the year in 2019, chose by the American Dialect Association – which reflects American society’s focus on diversity, or the schwa – the symbol used by linguists to indicate pronunciation – in place of the asterisk at the end of words, to replace masculine or feminine endings. As a Human Resources professional, I feel a responsibility to look at language as a fundamental component of inclusion strategies, to create a culture of respect that is a prerequisite for collaboration. Generation Z is entering the workforce, and for them diversity issues are part of their value system, and they evaluate companies based on language and ethical behaviour. We cannot miss out on this opportunity.’