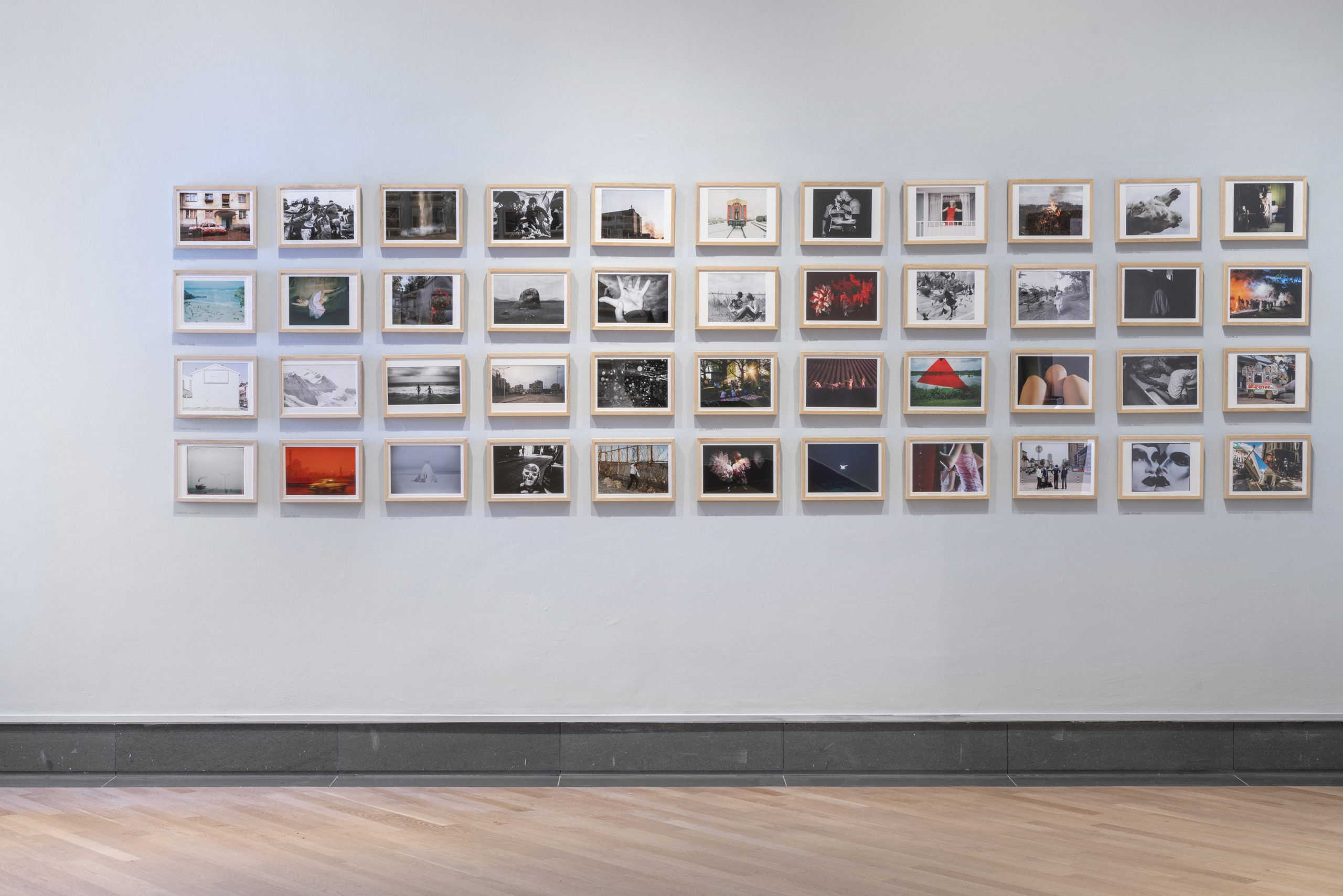 An exhibition with a viral title - TI BERGAMO. A community - curated by Lorenzo Giusti and Valentina Gervasoni, tells the story of a city that, following the pandemic, discovers itself as a community and talks about which and how many artists have built its identity and cultural heritage over the years. A school class that goes to visit it. This is the setting I would like to talk about, to illustrate the disruptive power that museums have in generating new policies regarding gender, uses, opinions.

It is October 2020: museums are still open, but not for much longer, face-to-face lessons at school are still possible, based on complex shifts, but with a ban on going out for educational activities; thus, in a Bergamo high school, classes are encouraged to individually explore an exhibition. Admission is free, the exhibition is interesting and in tune with the feeling experienced throughout the community – the museum that set it up, the GAMeC of Bergamo, wanted to pay attention to relationships with people in building this exhibition project, which mixes works of artists and productions "from below". Adolescents go to visit, then hand over a review, not only as proof that they have really been at the exhibition, but also to describe how they experienced it. Among the many there is one, with a different tone, which helps us to understand how places exist, are considered vectors of dominant thought, and can act as engines of change and renewal.

Here is an excerpt of what it said:

“100 (and more) PHOTOGRAPHERS FOR BERGAMO

[…] There are over two hundred shots, collected from the best known to the least known. They all have a different nature, and the shots are all different from each other but at the same time together, gathered in a single room.

Francesco Anselmi's shot was the one that struck me the most.

It depicts two men who love each other, loving each other... there is this gesture of tenderness and pure love that is difficult to accept nowadays. It can also be seen that they play rugby and therefore… in addition to being teammates, they are life partners. Is it difficult to accept? Yes. Despite all the achievements, this world is full of hatred and, inside a museum of modern art, it makes a difference today. I was amazed at the spontaneity that the two men possess. They are proud, and they don't seem ashamed, they seem proud. And I am proud myself. […] I felt “special” looking at that photo, because the step forward that can be taken is impressive, especially in these contexts. People have always complained about me, and seeing how two people cross each other in a museum is wonderful. It gives me peace of mind and hope for a better future […] ”.

These are the words of a student who, among two hundred photographs, has chosen a very specific one, commenting with thoughts that, for GAMeC, have valuable meaning. Since last year we have been asking ourselves how to make people feel at ease in a museum, how to avoid a static acceptance of binary conventions, through recently published focuses, debates, reflections. The first questionnaire was distributed by newsletter in November, in which we included for the first time, next to the classic boxes labelled "Male" and "Female", the possibility of choosing "Other", a choice that was included in 10 % of answers. We are moving with caution, aware of the delicacy of many issues we are debating, but convinced that a museum, traditionally linked to the muses, in turn daughters of the goddess Mnemosyne - memory - and grandchildren of Chronos - of Time - must deal with the fact that time unfolds, changes, and that memory is not of the individual, but of the community, responsible for taking on the values ​​and stories that the museum tells and constantly renegotiates. Our time must recognise the individuality of each, and every absence, every void, in being able to identify and find one's place in a place of culture, can give rise to an abandonment or a disavowal of that place. This is why a simple "Other" in a questionnaire speaks of an open door and an invitation to enter, which is why the review we received, written by a young man aged about seventeen, should make us stop short. He tells us, with the frankness and simplicity typical of those who have clear ideas and must not get lost in quirky arguments, because they have a clear thought, that to see exhibited in a museum an image that celebrates diversity legitimises the way in which one's identity, affectivity and sexuality are experienced.

GAMeC naturally hosts artistic, cultural, biographical and political expressions of a thousand shades. It is not a question of including, a word that always sounds a bit forced, like a unilateral action - the museum that grabs you and pulls you inside, without activating a dialogue of possibilities with you - but of demonstrating that research horizon, the museum makes no distinctions, it is the home of the world, in its different declinations, it is a place that welcomes the works of artists who have chosen the visual arts as a tool for narrating reality, feelings, ideas with points of view that do not necessarily have to be in harmony, but must stimulate reflections, set thoughts in motion, bring out new, divergent, challenging paths to follow, against prejudices and conformism, in all fields. It cannot be taken for granted, each museum has its own policy, makes its choices, in the full awareness that what it excludes from its walls is not something that simply does not exist, but is something that will have a presence marked by emptiness, a deafening silence. A boy who highlights, by recounting his own experience, that what a museum exhibits is read as a sign of acceptance and normality draws a line on the ground, and warns us that all our actions have a weight; if we are an expression of memory and of the community, whenever we consciously do not expose something as lucidly we choose not to transform it into memory, and we express a judgement: we do not consider it an expression of the community. The museum always suggests a vision of reality, and when it protests its neutrality it is not sincere.

We still have a long way to go, we are considering including narratives that involve exponents of the LGBTQ+ community in narrating the exhibitions, but leaving the cliché of self-referential paths, or linked to obvious iconographies, paths that approach rather than distance, that address the themes of sociability, of illness, affections, politics. Do not improvise if you want to foster a serious debate. But this young man noticed something that for us, in GAMeC, was perhaps taken for granted, because it belongs to our way of doing, he pointed a finger at how much an exhibited work can change a life, open a window, allow a breath of fresh air to enter, and show how culture invades every time it supports dignity and the individual, and how much a museum is not an island, far from the mainland of life, but is always, even unconsciously, a mirror of a society, and therefore, for better or worse, a place capable of promoting critical thinking, an activator of growth and thoughts.