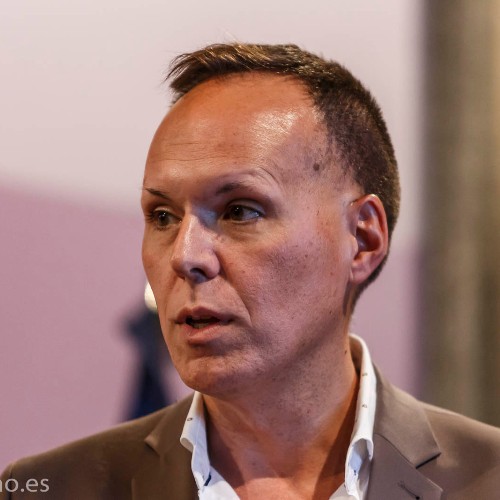 By the editorial staff

Throughout the history of SAP’s commitment to diversity, its dedication to LGBT+ inclusion has won it many accolades and praise, and deservedly so, garnering recognition from bodies and organisations including Stonewall and Human Rights Campaign. With a workforce that numbers just over 100 000, SAP boasts an LGBT+ Employee Resource Group – Pride@SAP – that includes an impressive 8000 members globally, so LGBT+ inclusion is clearly a priority at the company. One that will be celebrated with a number of virtual events this June, as Pride Month and the 20th anniversary of Pride@SAP happily coincide.

SAP meets its stated aim of reflecting the societies it operates in by ensuring that its workforce is representative of those societies, and through the creation of the aforementioned dedicated Employee Network Groups. When it comes to gender, setting goals is relatively straightforward; we know that women will make up around 50% of the population in any given country, so the target needs to be a workforce that is 50-50 male-female. Here it is SAP’s commitment to seeing more women in leadership that is the company’s biggest challenge – for now, the aim is to have 30% of women in leadership roles by the end of 2022, but the aspiration is to eventually reach 50%. While this is a challenge, it is a very visible issue that has many potential solutions. Ethnicity is another factor that is relatively easy to measure and set targets for. But as Miguel Castro, Senior Director and Global Lead for Diverse Ecosystem at SAP, explains, this becomes trickier when you are looking at other types of diversity. As regards sexual orientation, Castro explains, “It’s tougher because we cannot always know what proportion of our workforce is LGBT+, so this is where we work through Employee Network Groups, as representatives for those groups.” Reflecting the societies in which they operate is important for all companies, he adds,  “not only because everyone should have equal opportunities, but also because it’s far more challenging to understand customer demands if they don’t have representation within the company.”

While SAP has done much work over the years and now has two decades’ worth of experience to draw on when it comes to formulating strategies for devising D&I policies, the company continues refer to the United Nations Global LGBT+ Standards of Conduct for Business in order to stay in alignment with them. Castro describes these standards as having what can thought of as levels, beginning with the most basic – respect for human rights – and reminding us that everything is built on this fundamental concept, as LGBT+ rights are human rights and, as he emphasises, companies committed to upholding human rights values must do this regardless of local legislation.

The next level, which sees companies eliminate discrimination in their processes, is one that pertains directly to Castro’s work, in human resources. Important steps that employers must take here include extending equal compensation and benefits to same-sex couples and families as to opposite-sex ones. This is where a company that takes its commitment to equality seriously can and must stand out: “If there is marriage equality in a country, it would be illegal not to provide the same benefits to same-sex couples as opposite sex couples. But if you are operating in a country where that union is not recognised, as a company you don’t have to do it, but if you’re committed to LGBT inclusion as a company, you should.” Benefits relating to health care coverage for transgender people also fall into this important category, and SAP is proud of the fact that as a company it works hard to complement the private health care coverage that transgender employees in some countries must rely on as they transition.

Finally, in human resources it is also important to think about recruitment processes – “If you see nothing that represents the LGBT+ community in a company, you might not apply for a job there, and that’s why SAP participates in specific LGBT+ recruitment fairs like Sticks and Stones.” Castro also emphasises, however, that it is crucial for companies to look at their behaviour in the marketplace, which is the next level in the UN standards.  “You have to look at LGBT+ inclusion in your supply chain; when it comes to suppliers that’s relatively easy, because you can require suppliers to sign a statement declaring that they do not discriminate against their own workforce in terms of sexual orientation and gender identity and expression, so you are making a clear statement: ‘If you want me to procure from you, you can’t condone discrimination in your workplace.’”When it comes to customers, however, he acknowledges that one cannot force them to be inclusive, “But we can make it easier for them to do so: all of our products, like HR management software, for example, have dedicated functionalities to foster inclusion.” This touches on a variety of issues, including, for example, how to run unbiased recruitment processes, and how to set up mentoring programmes for employees that eliminate the potential unconscious bias of who a mentor thinks has talent – “Not necessarily always someone who looks like themselves!”

In addition, when it comes to procurement software, SAP helps its customers to identify women-owned companies, LGBT+-owned companies and minority-owned companies, so that they in turn can work to be inclusive through their supply chains. “Let’s also think of the LGBT+ community as members of our supply chain, as the employees of our customers. We need to go beyond our own responsibility, so we work with the employees of our customers, too. What I really want to highlight,” Castro continues, “is that this is where companies can really be making a difference, having an impact on society as change-makers. This is where they can work not just at achieving better financial results, but to really do good; when you consider how your products and services are fostering equality around the world, for everybody, including the LGBT+ community.”