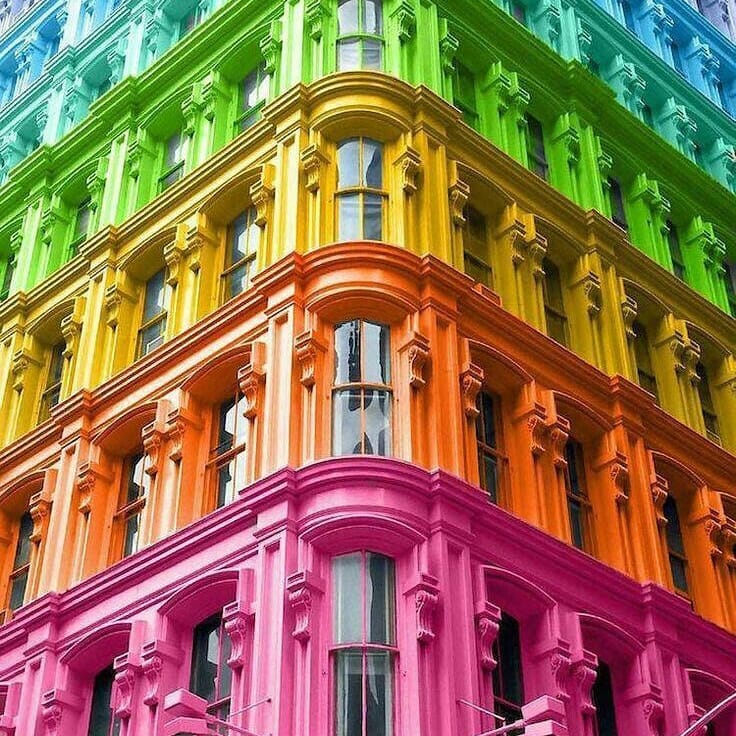 LGBTQI + community and discrimination - Some data to picture the present

Anyone, inside or outside the LGBTQI + community, has heard the word fag used as an offense at least once in their life; the expression don't be a sissy; the term lesbian whispered as a rumor; the news of some transvestite killed. Discrimination against LGBTQI + people is widespread in Italian society and is subject of research. The most recent data on the phenomenon are from the Hate Crimes No More Italy project: they have been collected between May and December 2019, on a national scale, through an anonymous online questionnaire, created by the Centro Risorse LGBTI (LGBTI Resource Center) and supported by Ilga Europe. The number of 672 compilations allows us to observe hate crimes motivated by homobilesbotransphobia based on the experience of the survivors.

Some of the main data of the research: 42% are men, 41.8% women, 3.5% transgender, 1.7% trans men, 1.1% trans women, 1.1% intersex, 4.9% other, 2.6% “don't know”. 41.9% are gay, 25% lesbian, 17.4% bisexual, 4.7% heterosexual, while 4.9% do not define themselves and 6.2% define themselves as "other". Almost 50% of the cases reported occurred in the last two years, and 26.1% in recent months, but 56.3% said they had already suffered other episodes in the past and of these 22.8% by the same perpetrators. Many reports are insults, often accompanied by other cases: more than 73%. The cases of threat are 24%. Physical violence appears in 12%; sexual harassment nearly 13%, 5 cases of rape and 14 cases of other sexual assaults. 10.4% of the sample was stalked. 16 people were imprisoned or subjected to detention, 33 suffered damage to personal property, refusal of access to health services or other public services 3%; a similar percentage received a denial of employment or a dismissal. 7 people claim to have suffered an attempted murder, in a case at gunpoint. As many participants have been denied access to commercial services such as bars, restaurants, shops. 12 people received a refusal of protection by the police.

The image relates to the reasons declared as triggering the discriminatory act. It is clear that when it comes to hate crimes motivated by sexual orientation, gender identity and gender expression, it is impossible to separate these three identity axes: it is not only hatred towards sexual orientation that triggers a discriminatory act, but everything that differs. by the gender norms determined by the sever heteronormative binarism. Any feature that does not fall within the definitions is considered a-normal and can be the subject of offenses and violence. 83.4% of the surivivors declared that they had not reported what they suffered to any institutional or non-governmental reality. 12.5% reported it to LGBTQI associations, only 0.6% to bodies of the Public Administration. In particular, of the total number of people who have suffered episodes of crimes per se (violence, rape, assaults with weapons, etc. ..) 76.4% did not report the incident. The reasons that led people not to report what happened to the Police are: the idea that what they suffered was not a crime, the belief that no measures would be taken to prevent it from happening again, the fear of attracting attention by giving visibility to what happened and thus causing further consequences. This aspect is relevant if we consider that 21.4% of the episodes refer to organized, formal or informal, recognizable groups. In 9.4% those who acted were part of the family (of these, in particular, the parents in 63.8%).

Looking at the European context, it is essential to take advantage of the work of Ilga Europe and the Rainbow Europe Map, a Benchmarking tool implemented annually that examines the laws and policies of 49 pan-European countries according to 69 criteria divided into six thematic categories: equality and non-discrimination, family, hate crimes and hate speech, gender recognition and integrity of bodies, civil society and asylum procedures.The main results that emerged in 2020 are: Malta is the country that stays at the first place for the fifth year in a row, followed by Belgium and Luxembourg. Opposite of the ranking, Azerbaijan, Turkey and Armenia are the countries with the worst result. Many countries have seen a clear variation in their scores, both for better and for worse: It is a key moment for the LGBTQI + movement: countries committed to the community continue at a decisive pace, confirming the importance of including and protecting diversity. Countries that declare themselves "anti-gay" are proceeding on their path to oppose the community and to put legislative interventions on these issues at the bottom of the priorities. The only trait in common to all States is the relevance of the trans issues: from legal gender recognition, to health procedures, the trans community is at the forefront to have their rights recognized, ending, unfortunately, in the crosshairs of those States in which these battles are not synonymous with progress.

Italy, according to the evaluation of Ilga Europe, is in 35th position with 23 points acquired, one less than last year, behind Hungary, Serbia and Albania, to give examples. This position is also determined by the absence of a national law that explicitly protects LGBTQI + people. The bill named “Zan" by one of the first PM proposing it, aim to combat homobilesbotransphobia, including motivations such as homotransphobia, misogyny and ableism hate crimes extended to the Mancino law, was approved in the House of Deputy on November 4 (after a discussion that began in August) and must yet to be debated in the Senate. The road to equality still seems long both in Italy and in many European countries.