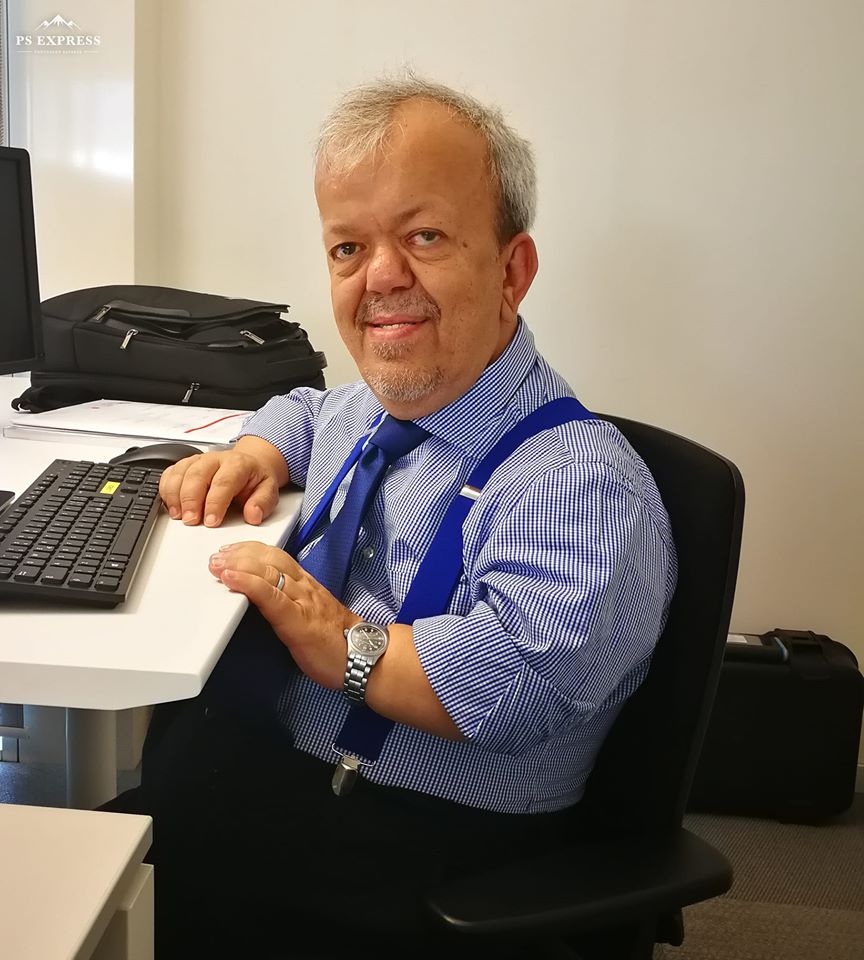 Il mio mondo dal basso verso l'alto (My world from the bottom up) is the title of Leonardo Cardo’s blog (https://ilmiomondalbassoversolalto.com/), one of the many online spaces where Leonardo actively supports associations and initiatives whose common denominator is D&I. Among the most important ones worth mentioning:

Leonardo, or Uncle Leo, or Amo Leo – the Arabic translation of Uncle Leo, given to him by a child during a party with Muslim friends – has achondroplasia (ACP), a rare genetic disease that causes a disorder of bone growth that prevents the changing of cartilage (particularly in the long bones of the arms and legs) to bone, which affects about 1/25,000. Leonardo defines himself as "not just Zurich’s Disability & Inclusion manager, but a figure who goes way beyond that". "That’s why I call myself," says Leonardo, "Disability & Inclusion Ambassador. For me it has much greater value than simply being a manager. My goal is to channel all those phenomena where prejudice is at home, so not only disability, but also LGBT+, religion, gender, age, which are potentially issues at high risk of discrimination."

Leonardo was born in Verona in 1958, but at the age of three moved to Milan with his parents. He was not accepted at a nursery school because, at the time (!), children with disabilities were not included in nursery schools generally. His studies later led him to become an excellent computer programmer, a profession that he practised as a consultant for two years in a number of different companies before moving to Zurich. Given his personal situation, Leonardo has always had to deal with contexts in which solutions for people with disabilities were not normally provided. This experience led Leonardo to develop, over time, the ability to ask for what is due, without presumption; simply claiming certain rights.

"One day the managing director of the company I worked at saw me experiencing great difficulty outside the entrance to the offices. I was standing on tiptoe with my arm outstretched and even had my wallet in my hand to try to reach the doorbell. After a few days, the intercom was lowered, thanks to the intervention of the CEO." In 1987, at the age of 34, Leonardo joined Zurich, where he would have a brilliant career thanks to a truly inclusive environment and where he met some people who saw him for what he was, his skills and his worth. At Zurich, Leonardo met and got to know not only colleagues but also friends with whom he built a common path of professional and individual growth.

"Zurich was a client of mine at the time, when I was a consultant. Even then, there was mutual respect. One day I gathered my courage and did it: I put myself forward on the strength of my existing professional relationship and they hired me! Zurich has always stood by me in the best of times and in the most difficult. I even met my wife at Zurich! I can say that the 33 years I have spent with people who have both supported me and ‘put up with me’ have extended this relationship well beyond the professional sphere."

Leo’s interest in D&I started at Zurich right away. "It started with ‘Leo’s Angels’," explains Leonardo, "a group of female colleagues in Zurich who helped spread D&I strategies, including to schools. Then the group expanded and changed to ‘Leo & friends’. Spending eight hours together every day in the office can lead to real friendships: why not make this kind of relationship grow through specific CSR and volunteering projects? After a few months, one day, unexpectedly, Leonardo, after having spoken in front of a large group of people, had a moment of illumination: for the first time he realised he had something to offer others. Later, in 2015, Leonardo gave his first lesson in front of a group of students: Let’s clean the world of prejudice. This would be the first of many more talks and projects at schools. The main skills Leonardo has developed over these long years of work are undoubtedly determination, the extreme willingness and desire to get things done and ambition. However, Leonardo’s generosity of spirit has also led him, at some stages in his life, to expose himself to situations that have brought him stress and suffering. In fact, sometimes excessive ambition and the desire to reach higher and higher goals can also have a boomerang effect. If one does not recognise one’s limits, the risk is that one demands too much of oneself and gets hurt.

Fortunately, or by necessity, Leonardo is a very ironic and self-deprecating person. "I’m up to solving problems that are bigger than me!" is the phrase Leonardo repeats at every opportunity. "In fact, if you go and visit my LinkedIn profile, instead of the words ‘protected category’, you will find this phrase: I am up to solving problems bigger than myself, because I believe in an inclusive life," says Leonardo, smiling. "Belonging to a protected category is something you write when you send your CV, not when you want to present yourself to others as a valid person who is aware of their goals and abilities. This means, for me, being authentic.". "Irony works when it doesn’t have to be accepted. Let’s take an example: if you’re in a rather heavy meeting and someone says, ‘you have to live up to expectations’, to soften things I usually come out with the phrase ‘don’t count on me’. But if irony turns into self-pity, there is something wrong with us, first of all. And then we inevitably get pity. In my spare time, I reflect on the complex and fascinating subject of happiness at work with Riccardo Taverna. It is together with the ‘Bionic people’ team that I provide my testimony: you may be imperfect, but you are certainly unique! So you must be aware that you can make your life and the lives of others wonderful.”

In 2020 Leonardo was honoured for his social commitment with the “Community hero award”. This award is given annually by the Zurich Foundation to the most outstanding employee in Europe. Through the Digital Bench, as a Happy Inclusion coach, he searches for each person’s unique value by bringing -I  and +We to things. The inclusion and happiness of people is the fundamental basis of both our personal and corporate lives.