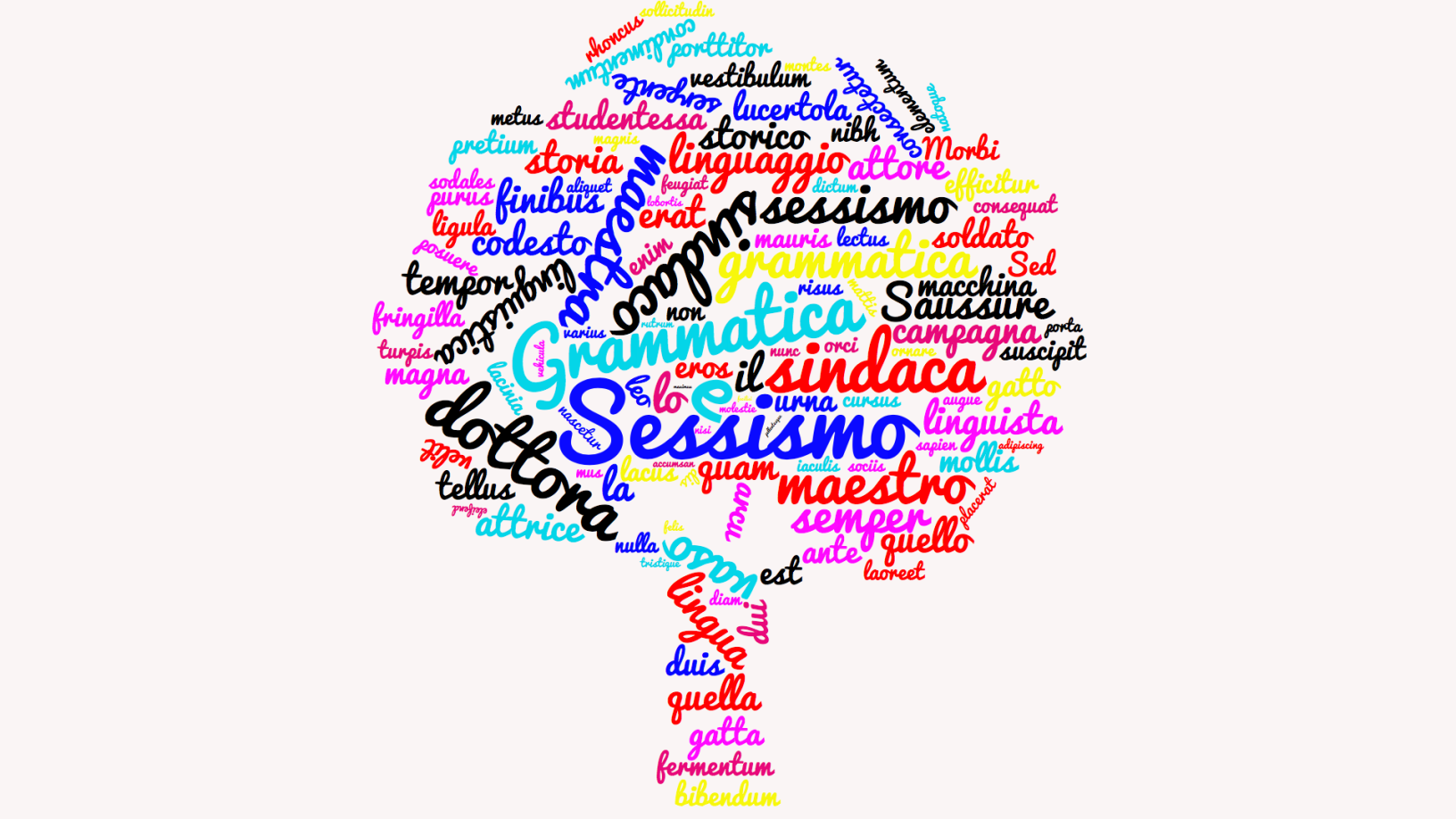 Language is a serious thing - How not to discriminate with words

The centrality of the word has long been the key to interpreting linguistics, with respect to both dimensions of language: its abstract dimension, shared by human beings and linked to thought, and its concrete realisation in a specific historical, social, economic and cultural context. Words serve two main purposes: to think and learn, and to relate. And we use them mainly in the written and the oral forms, to which we have added the transmitted form, and in particular web communication. It is precisely the latter that needs more rules, more checks, in order to respect the objective of communication: that of adequately transmitting the message, the thoughts of the communicator. Because language is powerful, and so are the consequences of unconscious use. Inadequate communication not only fails to achieve its objectives, but also changes relationships between people. Especially when communicating asymmetrically between professionals and non-experts. In these cases, communication can do great damage, if it is not cautious, not precise, not adequate to the interlocutor. And not only linguistic damage.

How do you obtain respectful communication, which is respectful of the people involved? The answer is apparently simple: by applying grammatical and pragmatic rules and respecting those who speak with us. There are two dimensions, which must be kept distinct: personal use, for which no sanctions exist, and rightly so; it is the individual who decides how to use the Italian language in his or her communication. And there is the institutional dimension, which has the duty to be precise and correct, which therefore must use the appropriate gender in language. The grammar of equality serves to create greater clarity, in addition to the objective of representing the actual presence of women in professions considered of high(er) prestige. This aspect is also relevant from a legal point of view. It is precisely for this reason that legal practitioners, journalists and those who play a political role have greater responsibility in the use of language. We decide how to use words, and the tone, prosody, mimicry and gestures that accompany them. Using words to build or to destroy is part of our freedom (of speech). Words are democratic and free, they are not the privilege of a few, but the heritage of all. Speakers have the power to determine, through spoken and written words, relationships, from affective to professional ones. It is through words that we define ourselves and define the world. For this reason, we can all contribute to changing the asymmetric realities in which we move: using words in a conscious way, reflecting on why "It has always been said like this", accepting different usages – and not only in relation to foreign loan words – thus changing reality, and not only communication.

Habit and routine allow for fast, spontaneous, incisive communication: but the awareness of these processes is fundamental to expressing oneself in an appropriate way with regard to the context. It is through language that certain negative habits can be changed. And it is us, through our expressions, who make them change. Words, in fact, change with the context: they are resemanticised, borrowed, born and extinguished. The way forward is education. At home, at school, in professional circles. Starting with a reflection on their use. It is not enough to say, "I has always been and said that way", but we must ask "why it has always been said that way". The perception of those who speak and those who listen is decisive; it is due to perceptions that some say that a word is cacophonous, often only because they are not used to hearing it. But it also has ended the use of “Negro", transforming it into "Black", and the use of "lady" in the professional field has been transformed into "doctor, professor, engineer, president...". If language is the construct of society, it is us who decide which representation of the world we want to give. To continue to use the masculine forms means to propose a linguistic reality that does not correspond to the world and society as they really are – a world in which many of the most prestigious institutional positions are covered by women, at the European level and also (albeit still less so) at the national level.

After all, the topic of language adapting to gender is an ancient one. The text by Alma Sabatini, Recommendations for a non-sexist use of language, dates to 1987. A useful reference, but still disregarded. To fight for the recognition of gender differences means, first, to start with language, which describes, brands and deconstructs these differences. It is therefore not a marginal issue, but a central one. It is a question of recognising those who speak and are called. If you do not recognise this, the situation and our perceptions will hardly change.  At the core of all this resistance is a power relationship. Evidently, the masculine is considered more important, and this is demonstrated by women who both implicitly and explicitly attribute greater power to the masculine gender, using its form for their professional functions.  This is the real problem, which must be discussed and confronted. Especially in professional bodies, in institutions, universities and the press. The grammatical rules are clear, with many tools that can clear up any doubts, such as publications, handbooks and guidelines, which build on the scientific reflections that have been made in Italy since at least the 1980s. The problem is not limited to a simple change in desinence, but is rather a more substantial issue, which is often countered with two rather predictable arguments by detractors: either the topic is dismissed as futile, or it gives rise to heated reactions. Neither does justice to the issue.

The indications of the Accademia della Crusca on the use of feminine forms refer to professions at the highest level, to institutional positions. In fact, there is no need to repeat this for positions that are considered less prestigious (teacher, nurse, worker, florist ...). And if we were to apply grammar to all cases in the same way, no one would resent the words ministra, procuratrice, sindaca, avvocata. The use of a language that considers gender seriously contributes to building a culture that takes differences into account, and at the same time represents everybody who participates in social, economic and political life. It’s simple: just use the feminine forms!