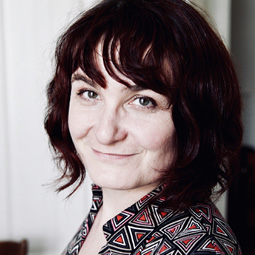 IS THERE AN AGE AT WHICH YOU STOP BEING A WOMAN?

Interview with Stéphanie Chuat, director of Ladies, a documentary about the invisible world of women over 60
and their intimate relationships

Ageism is the discrimination of our century, it is transversal and insidious, it affects everyone,
regardless of social or economic situation. Our culture is impregnated with gerontophobia, the
words we use in our daily lives (‘in spite of your age,’ ‘you can still…,’ ‘you’re old’) cast ageing as a problem, something to escape from. There’s more: ageism is even more devious and ferocious when it refers to sexuality and the body, especially in relation to women, as Ashton Applewhite says in her ‘Manifesto Against Ageism.’ Women’s bodies, which until the age of 50 are measured and judged according to the aesthetic canons of perfection, suddenly become non-existent, invisible.
The documentary Ladies, by Stéphanie Chuat and Véronique Reymond, on the sexuality of women over the age of 60, opens the door on the intimate lives of 5 60-year-olds struggling with their battles against loneliness during a stage in life in which men have disappeared from their emotional universes. Made invisible by the many prejudices and stereotypes that view this stage of life through a single lens: that of the inevitable sunset, where you live only with needs, not dreams, or the desire to get involved and change. The 5 protagonists of Ladies show us and teach us that it is not age that defines what is right or possible, but how we decide to experience each phase of life, made up of many layers of cultural and social conditioning.
Stéphanie Chuat, director of Ladies, what is the reason you decided to make this film?
Véronique and I work in theatre and, over the years, we noticed that most of the audiences for our shows were women over 60. Another thing that gave us pause was that past the age of 55 we were only seeing women spending time with other women of the same age. This separation of genders scared us a bit and opened up questions that, later, led to the film.
Do the women whose stories you tell have real-life connections to each other?
Our protagonists didn’t know each other before the film.
In order to find them, we launched a call during a TV show, we left our contact information, and hundreds of women
responded. When they called, they thanked us by saying, ‘Thank you because we feel invisible, as if we are no longer part of society.’ We made the initial selections through interviews and identified 5 women. They met only when we showed them the film for the first time, and it was an incredible moment of exchange and mutual support. From there on, a beautiful friendship was born between some.
The film is set in Switzerland, but the theme is so transversal that it could have been shot anywhere else in the
world. What was the response from audiences outside of Switzerland?
It was very difficult to get financing for this film because no one found it interesting that we were telling the stories of ‘normal’ women, and women over 60, for that matter. They wanted us to portray heroines or talk about the extraordinary stories of ordinary women. That’s when we realised that women over 60, their needs, their dreams, their bodies are invisible in our country. When the film began to be distributed, we saw how this theme applies to every culture: women, in Europe as well as in the United States, felt connected to ‘our’ protagonists because
they recognised themselves in the stories, they grasped the universality of the theme of age and the feeling of invisibility.
What are the most powerful things that emerge from the film and the women’s stories?
When we started shooting, we had no idea that the film would go in this direction. It’s a documentary, so we relied on observation and the words of our female protagonists. As we conducted the interviews, we realised that the most powerful theme, for them, was love. We felt that they lit up when they talked about love, because it’s a feeling that really crosses all ages. So we went in that direction. What does it mean to love, to be loved, to have an active sex life or to feel deprived of it?
How did you manage to convince the protagonists to show you their intimate lives?
These women had the desire to tell their stories, they wanted to testify to something. For this reason, they decided to show their lives ‘on camera’ – their fears, their daily lives. It was the first time they were filmed: they found the courage because they really wanted to communicate to the world, to the society in which they live.