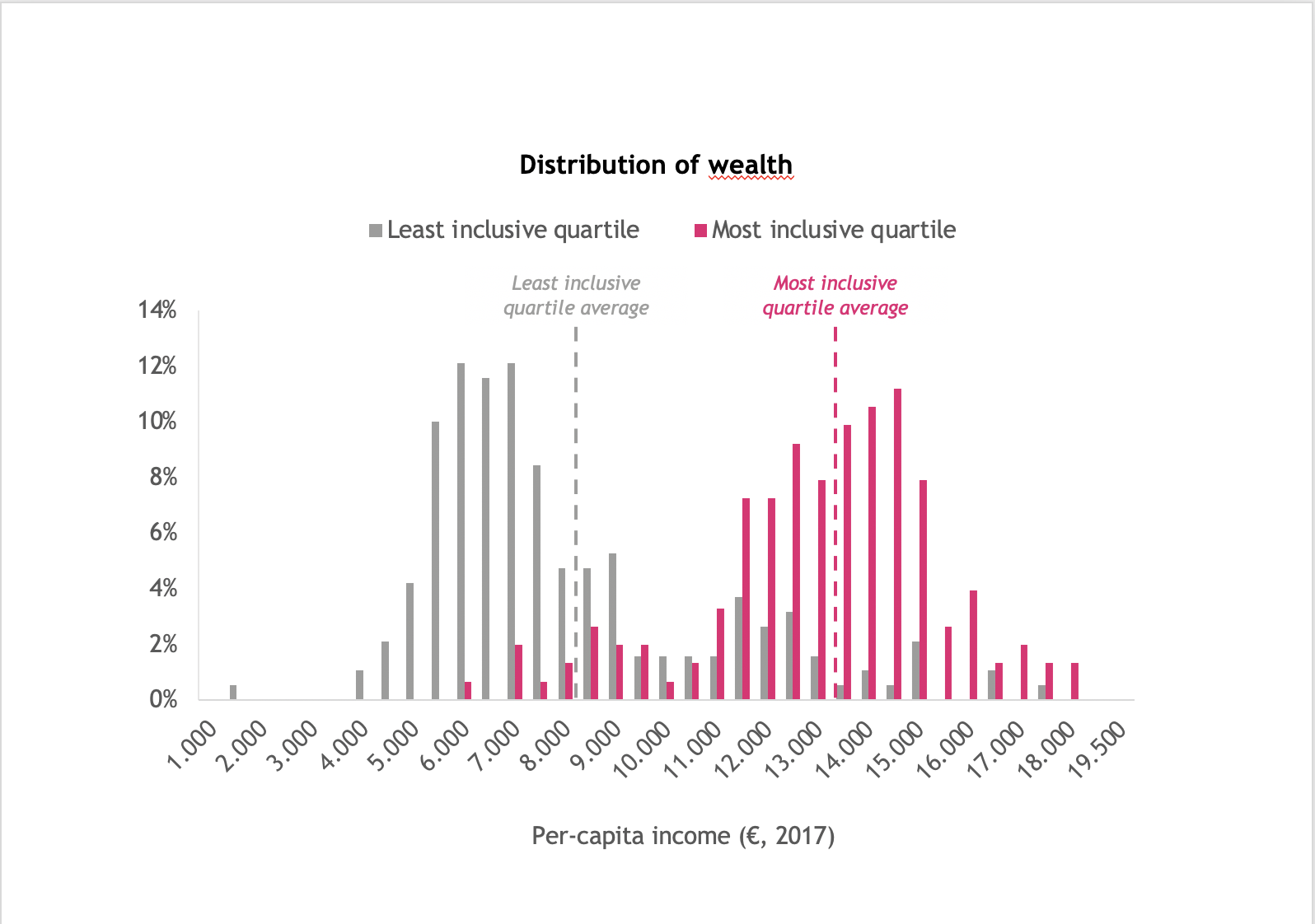 It is not only the people directly involved, but more generally the communities to which they belong (civil society, the corporate world, the third sector) that reap the benefits of policies that promote inclusiveness. This is what emerges from a recent analysis by the Tortuga think tank, commissioned by EDGE, the Italian network of professionals, managers and entrepreneurs who are LGBT+ and allies. The research contributes in an innovative way to the economics literature on trust, social capital, inclusion and economic performance. In the study, a new index is developed to measure the degree of openness across a territory towards the LGBT+ community by focusing on the number of civil unions that are celebrated in the various "local labour systems", a very granular and in-depth definition of the territory, taken from ISTAT, which makes it possible to capture differences between populated areas that are close to each other but different in terms of socio-economic characteristics. The research assumes two dynamics: that LGBT+ people in more inclusive territories tend to be more visible and integrated and that they formalise their unions; that in less inclusive areas LGBT+ people tend to be less visible or to leave the area.

The results of the analysis show a strong correlation between inclusiveness and income: the most economically prosperous and attractive areas are also the most inclusive. Lower levels of unemployment and inequality go hand in hand with a greater degree of openness to diversity. The results of the research go further, to dispel the doubt that differences in the attractiveness of areas or regions are only due to different degrees of wealth: the analysis showed that there is a real reward in terms of attractiveness for the more inclusive territories that is not attributable to strictly economic factors. It has therefore been shown that even the richest areas, if they lack inclusiveness, haemorrhage citizens and, therefore, talent that migrates to more open, inclusive and welcoming areas.

The repercussions for the "Italian system" and on the economy are important: in Italy there is a real inclusion divide, as defined by EDGE in its policy proposals addressed to the Italian parliament, public administration and civil society, precisely to overcome the enormous differences between regions. It needs to be bridged to allow the country to get closer to European trends, analysed by Tortuga, which see a worsening of conditions for LGBT+ citizens only in Italy and Hungary, in contrast with a stable improvement over the years for all the other countries that are even more attractive on a European and global scale. In addition to the role of institutions, EDGE highlights the role played by companies, which are even more interested than ever in these conditions and which are being called upon, the report underlines, to "become territories" – helping to improve the safety and well-being of workers and stakeholders – working closely with institutions to bridge the inclusion divide and close the gap, between some Italian regions and areas and large centres, and for Italy as a whole compared with Europe.

EDGE's appeal is particularly heartfelt and fitting in this difficult moment for Italy and the international community: to put valuable resources and energy into the system, leveraging them to generate well-being and sustainable development, to avoid an important part of our territory and our communities being left behind. Bearing in mind the youngest talents and the protection of those most vulnerable to being victimised, who are often the first and most fragile targets in times of crisis.