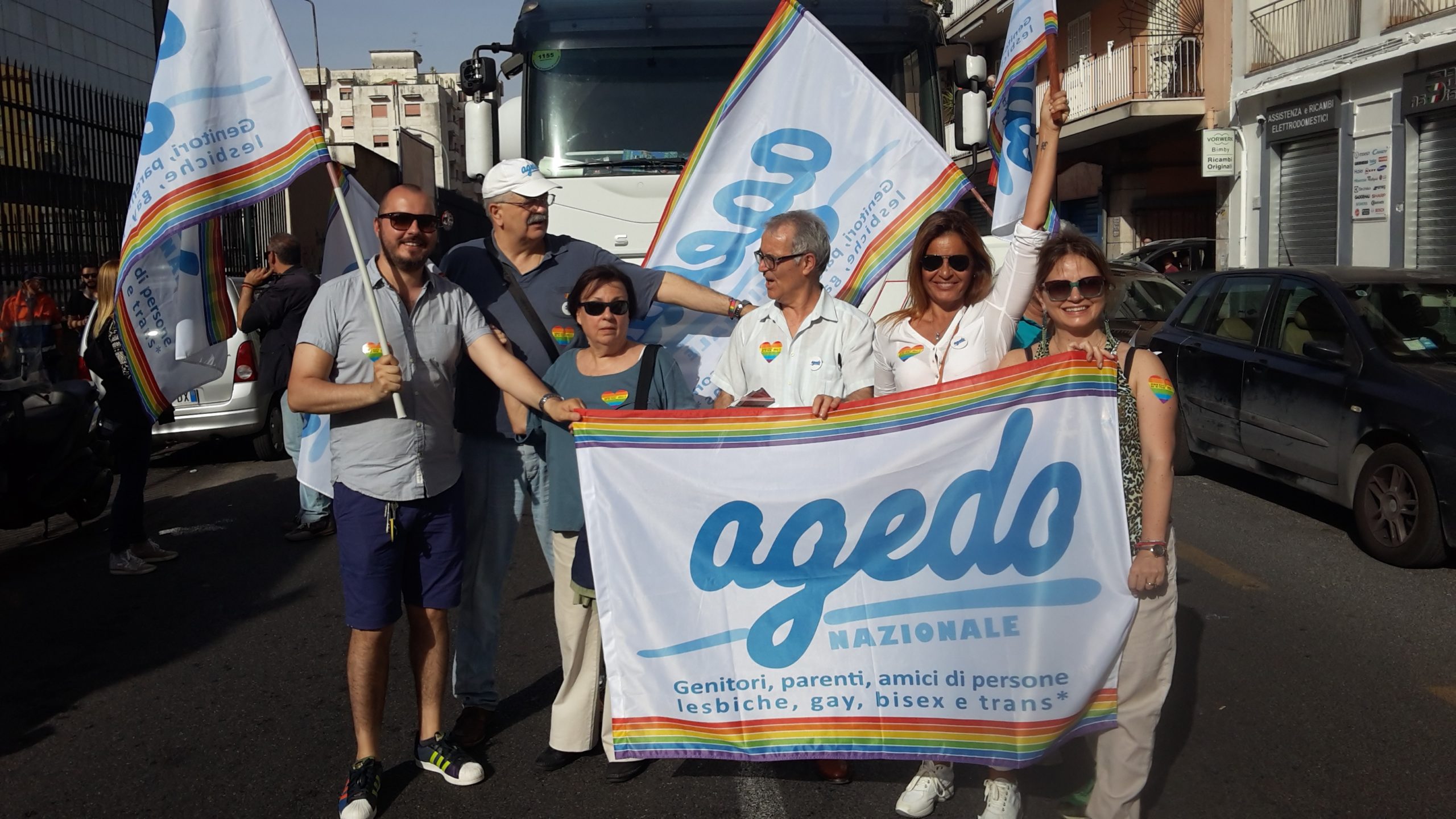 Heterosexual or gay they’re all my children - The work of A.GE.DO testifying to the normality of our families and lives for over 25 years

“I had to sit down.” It doesn't matter how the news arrives. It doesn't matter if we had or hadn't already noticed or guessed. When a daughter or son tells you, “Mom, dad, I'm lesbian, I'm gay, I'm transgender,” the feeling is always that of the rug being pulled out from under your feet. Your points of reference, the certainties, that comforting feeling of knowing who you are and that your child is the person you imagined they were, disappear. A journey begins, sometimes a very short one, and sometimes a long one, at the end of which we will discover that they are still the same people. We just know a little more about them, and just being aware of this makes the relationship incredibly real and authentic.  Even today, unfortunately, families do not have enough information and often do not know other LGBT+ people and what they think is often the result of prejudices, stereotypes and gossip. Yet it would take little to remedy this, and institutions bear much of the responsibility for it.

"Homosexuality is not a disease but a non-pathological variant of sexual behaviour" and in 1993/4 the American Psychiatric Association (APA) and the World Health Organization (WHO) removed it from the list of mental diseases. As for gender identity, the Italian Institute of Health explains that, “it refers to how individuals define themselves in relation to the gender they feel they belong to … all gender identities are natural (normal).”  The word “choice” can only be used in a negative sense, to signify the repression of oneself when external or internalised conditions do not allow one to fully develop one's personality. Not everyone reacts in the same way to "coming out", which is, in reality, a great act of love and trust that children perform when they confide in their parents. Some parents express a clear refusal: “It’s just a phase”; "This is my child, this cannot be"; "I do not want to talk about this"; “I can no longer hug them” and, at times, unfortunately, they attack and offend: “You are sick, go see a psychologist! Get out of this house!”

Some parents panic, others, after often complicated paths, come to understand; still others, fortunately, have no problem. We are afraid for the safety of our children and we are worried that they may lose friends, that they may be subject to insults or violence, we fear for their health. Dialogue with other parents who have already gone through a similar experience, therefore, can be important in removing negative perceptions. This is a journey that A.GE.D.O. makes a little easier for families, as the family expands and includes the son or daughter’s partner and sometimes children. You begin to find the serenity of communicating with others and you find yourself feeling proud of your children, of how they were able to be honest with themselves and courageous in claiming the right to respect and happiness.

What is A.GE.D.O., and what does it do? It is an association of parents, relatives and friends of lesbian, gay, bisexual, and transgender people, an organisation that stands in solidarity with LGBT+ people, and is voluntary, non-partisan and non-denominational, secular and non-profit, pacifist, anti-racist, non-violent, created 27 years ago and which - today - has 30 offices throughout the country. Specifically, it deals with: raising awareness of the protection and extension of civil rights; supporting the process of full inclusion for LGBT+ people in the family unit, listening to and helping families who struggle when lesbian, gay and transgender children come out; spreading accurate information on sexual orientation and gender identity, especially among young people, also in collaboration with other organisations and bodies; promotion and/or organising events, such as meetings, conferences, debates, workshops, congresses, seminars, courses, film and documentary screenings; participating in projects or initiatives of a social welfare and/or socio-educational nature, also by participating in public tenders; promoting and/or managing training and educational events, initiatives and projects in schools aimed at students, teachers and educators, in order to help young people develop a sexuality that is aware and respectful of oneself and others, as well as spreading a culture of welcoming and valuing all diversities (in contrast to homophobic and transphobic bullying); awareness of politics, public and health institutions in general, in order to provide accurate information on the subject and improve regulations, services and assistance to LGBT+ people; drafting handouts, articles, periodicals and other thematic publications; proactive collaboration with other voluntary organisations or with other public or private entities of a local or national nature; involving other organisations, institutions and individual citizens to create and develop an inclusive civil mentality and culture.

The following have been produced:

The documentary Vite directed by Sampaoli and Colombo.

A.GE.D.O. is available to help if:

You are a parent and are having difficulty with your child’s homosexuality or being transgender, if you think you need help or comfort from someone who has had the same experience. You are a child and would like to be able to talk about your sexual orientation or gender identity with your family but you don't know how or are afraid. You are an educator and you believe in a culture of acceptance, inclusion and respect for all subjectivities and you want to work on preventing discomfort by providing accurate information, with an awareness of the serious damage and suffering that homophobic, biphobic and transphobic bullying and homophobia in its various forms produces in young people and families. If you believe in equality and in everyone's right to the expression of their natural affectivity and you want to do something in your workplace or in your environment to break down fears, prejudices and stereotypes related to sexual identity and orientation. If you are part of institutions and care about the well-being and health of all citizens, families, young people and, therefore, the entire community. If you want to join us in our battles to increase civil rights for all and want to participate in our initiatives and support us.