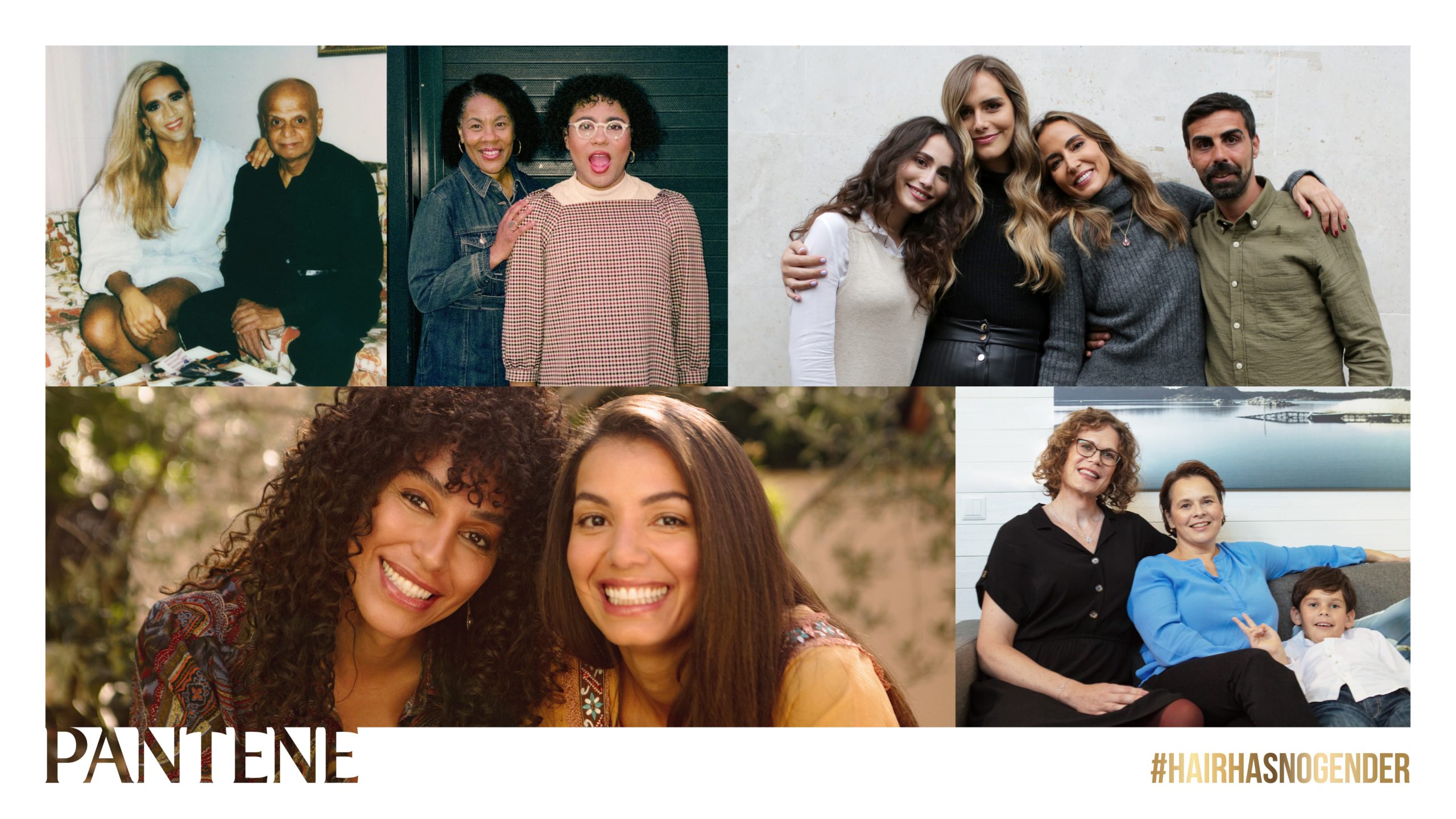 HAIR HAS NO GENDER - A new project, strengthened by Pantene, on a path that Procter & Gamble has proudly walked for decades

Hair is more than just an aesthetic element. It expresses an identity, makes us strong and confident. Particularly when we face a transformation that will forever change our lives, as is the case with gender transition. For this reason, Procter & Gamble and Pantene have created Hair Has No Gender, the campaign that celebrates the extraordinary power hair has to make us feel like ourselves, beyond any prejudice.

An initiative that lends a voice and support to the LGBTQI+ community, encouraging people to express themselves freely, including through their hair. “For members of the LGBTQI+ community, hair plays a fundamental role. Our research shows that 60% of LGBTQI+ people change their hair when they change identity. "Hair is a strong visual signal”, explains Valeria Consorte, Vice President of the Beauty Care division of P&G Italy, “P&G feels a responsibility to set a good example. With Hair Has No Gender we take a clear position on the importance of inclusion, and we hope to see more and more supportive activities and campaigns: together we can really make a difference!” P&G has always been committed to such issues. It is one of the twelve founding members of the first global coalition (Campaign for Human Rights) for LGBTQI+ equality in the workplace and was among the first companies to include sexual orientation in its diversity statement in 1992.

Today, its LGBT employee affinity group comprises over 5,000 employees in 39 countries. A commitment that is also made concrete through the GABLE group (Gay, Ally, Bisexual, Lesbian, Transgender) which is active worldwide in fostering connections and sharing experiences. In Italy, moreover, P&G is a member of Parks - Liberi e Uguali, an association that helps companies develop a culture of inclusion based on respect for diversity.

Launched for the first time in 2019 on the Transgender Day of Remembrance, Hair Has No Gender highlighted the stories of members of the LGBTQI+ community, demonstrating the crucial role that hair plays in self-care and the expression of identity. In Italy, the campaign partnered with the Associazione di Volontariato Libellula, which has been committed for over twenty years to defending the rights of LGBTQI+ people. Thanks to the support of P&G and Pantene, a new Libellula office has been opened in Rome, where LGBTQI+ people are welcomed with listening screenings, offered assistance with psychological, medical and le- gal issues, information on sexually transmitted diseases, and can request anonymous medical tests and career guidance, as well as legal support in the event of discrimination and bullying.

The campaign also included financial aid that alLowed 7 people from the association to receive professional training on hairstyling, aesthetics and nail technology for members of the LGBTQI+ community, aimed at facilitating entry into the workplace. “The sensitivity shown by P&G and Pantene is exemplary. We thank them for the whole initiative. Having them by our side is an important signal in the fight against prejudices that our community is too often a victim of”, commented Samantha Trapanotto, Vice President of the Associazione di Volontariato Libellula. In November 2020, the second edition of Hair Has No Gender kicked off, with which P&G and Pantene, in addition to renewing their support for the Associazione Libellula by financially supporting new professional courses and the work of the association, extended support to Agedo, the Italian Association of parents, relatives and friends of lesbian, gay, bisexual, transgender+ people, founded to help families cope with their children coming out. Hair Has No Gender thus strengthens its commitment to fostering a culture of inclusion, relaunching a positive message of normality, starting with the family environment. Very often, in fact, it is difficult to be yourself even in an environment that should be barrier-free, such as with family or friends. A study conducted by Pantene in the United States found that 44% of LGBTQI+ people feel they cannot go home, for fear of being rejected or judged. “We are convinced that concrete actions are needed to break down prejudices and promote inclusiveness. "For this reason”, comments Consorte, “in addition to renewing support for the Associazione Libellula, we have decided to take it a step further, partnering with Agedo to support the many families experiencing a child’s coming out".

“Only a minority of young people still come out to their families today indicating a lack of trust or a fear of rejection or being judged. Seeing well-known and widely distributed brands such as P&G and Pantene promoting a plural vision that values all differences equally sends a powerful message. It helps us build awareness of what it means to expose one’s self, to feel free and proud as an individual, thus understood and respected, ”stated Fiorenzo Gimelli, President of Agedo. And to emphasize how important the support of family and friends is in gaining the confidence to show one’s self to the world, P&G and Pantene have given the floor to those who have gone through a gender transition, releasing a video on YouTube last November 24, featuring the beautiful Lea T, Pantene Ambassador for Italy, with her sister Luana. Lea T confided how important it was to receive her family’s support and how deeply she is tied to her roots, which her hair is an important expression of. “Hair is a very spiritual part of me, it is the memory of my past. I have my origins in this hair, they add strength to my spirit,” said Lea T. The international version of the video featured Angela Ponce from Spain, Travis Alabanza from England, Johanna from Sweden and Vivek Shraya from Canada. But that is not all. Because with Hair Has No Gender, Pantene has partnered with Dresscode Project, an alliance of hair salons and barber shops with “no gender spaces”, founded by Canadian hairstylist Kristin Rankin, with the aim of expanding the network into Italy as well. Pantene is in fact working to support and facilitate training on inclusiveness for hair stylists and to create consulting spaces, so that everyone can have a positive experience, truly unleashing the power of hair.