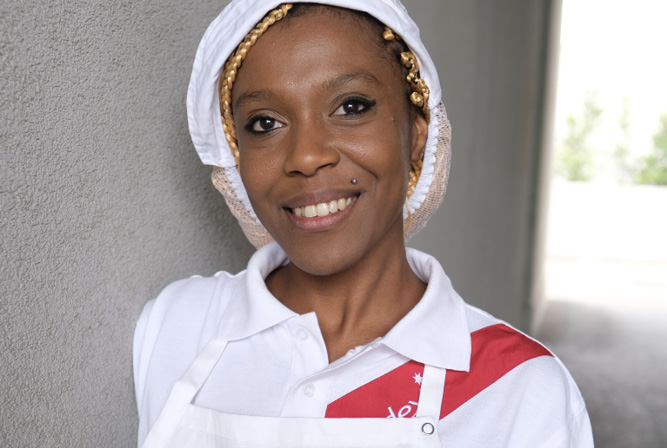 GENDER AND GENERATIONS - The secret to a future-proof company

Almost a year and a half into the pandemic, thanks to the vaccination campaign we are able to glimpse the beginnings based on work, understood in the most inclusive and extensive sense possible, considering what we have learned recently on these issues. Although it has been obvious for some time, it is now necessary to understand how the arrival of an increasingly varied and numerically consistent workforce in the market can create wellbeing, opportunities and growth. Not only: under the right conditions, increased employment creates greater equality and shared wealth. This is exactly what, now more than ever, we need.

Here I want to focus on young people and women, two ‘categories’ of people who have suffered more than others from the impact of the crisis. On the one hand, because of the lack of opportunities and vision at a structural level, and on the other because their needs and expectations of professional life do not match those of the ‘black and white’ world in which previous generations grew up. If we want to drive recovery by fostering inclusive environments and attracting top talent, we cannot ignore these two categories, which are central to ‘future-proofing’ organisations.

Global Workplace Trend research, recently conducted by Sodexo Group, helps profle Generation Z youth.
So-called ‘digital natives’ prefer a dynamic and stimulating work environment that invokes constant interactions to which they have access thanks to technology. The individualistic imprint is strong, physical and psychological wellbeing is the most crucial factor for their happiness, but we know that Gen Z is also the generation most committed to fghting
climate change and discrimination. The choices they make, including their choice of workplace, are driven by values to a greater degree than previous generations.

The obstacles to women entering the workplace, unfortunately, are well-known: preconceptions about girls’ educational and personal attainment, a cumbersome gender pay gap and a disproportion in the management of the unpaid domestic workload between men and women. In Italy, on average, only one woman out of 2 works, in the South and on the islands the number is even lower, one out of 3, and if we consider the 25- to 34-year-olds, we are at the bottom of Europe in terms of female employment. The majority of women carry out less qualifed and less remunerative work than men: therefore, there are professional and managerial ranks that are still almost totally closed to women. All these data have been reiterated on several occasions, but without real progress being made.

Considering this context, as a company we have an important but simple goal: to ensure access to work based on equality for all and to enable the people who work with us to develop a true sense of belonging in the company, which brings wealth not only in terms of the goals achieved in the work we do for our customers and the communities in which we operate, but also in the personal lives of employees.

In our opinion, an interesting path to cultivating this sense of unity and pride is to encourage professional relationships
between different generations, a fundamental lever of our Diversity, Equity & Inclusion strategy and part of the 5 pillars
on which our approach in this area is based.

Promoting integration between generations is a primary necessity that we find even in the most ‘closed’ companies and is an essential starting point to encourage greater openness on other fronts, which is well summarised in the other 4 pillars of our approach: Gender, Culture & Origins, Disability and Sexual Orientation.

When integration works, a synergy is generated that spontaneously leads to so-called ‘reverse mentoring,’ a form of exchanges and mutual learning that often goes far beyond job skills, to positively impact people’s lives as a whole. For too long we thought it was only young people who needed to learn from older professionals, but technological disruption and the speed at which society changes have taught us that this is not the case. Integration between generations is very positive, for example, for encouraging female empowerment and leadership and for transmitting company values in a widespread way.

Sodexo also strengthens its commitment to being an inclusive employer year after year with new initiatives and partnerships. Among the most important, I would like to mention the Italian talent attraction project Primavera; Olvida las princesas (Forget the princesses) against gender stereotypes (now in its fifth edition in Spain); and SheWorks, a job shadowing programme implemented globally that offers young girls or students the opportunity to shadow Sodexo staff for an entire day, with the aim of learning about the job opportunities they can aspire to in a corporate context.

Our Global Workplace Trend predicts that by 2025 members of Generation Z will account for one-third of the global workforce, while the Bank of Italy estimates that if the percentage of women at work reached 60 percent, national GDP would grow by 7 percentage points. To emerge from the crisis and build the future that awaits us, inclusion is a necessary step that cannot be put off any longer. The evolution of regulations on these issues follows more tortuous and inevitably slow paths but, as companies, we can and must play a key role in setting the tone, welcoming everyone’s needs, especially those of young people, and transmitting our idea of progress.