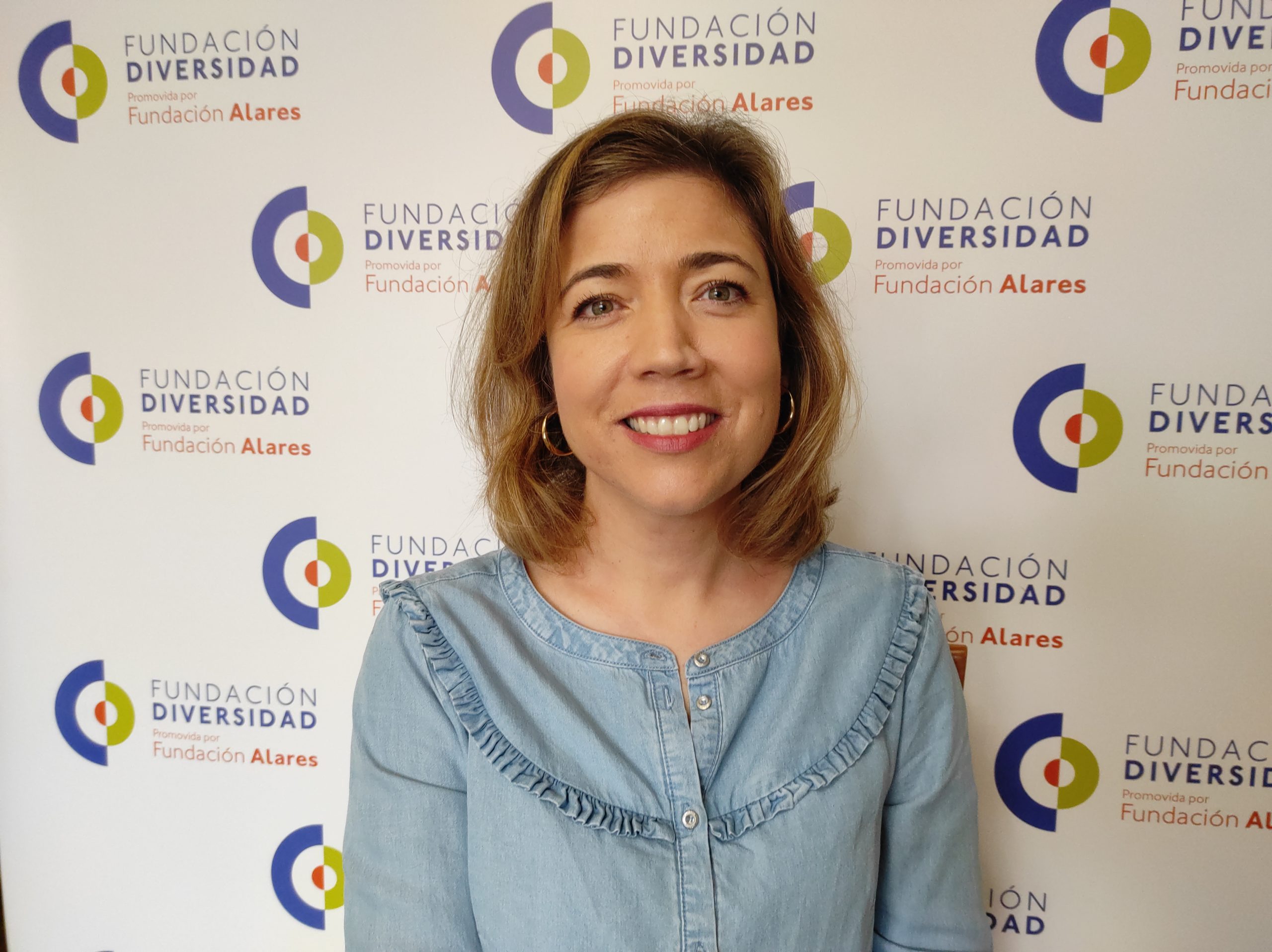 As a result of the European Commission's commitment to promoting diversity management and inclusion in the workplace, the Diversity Charter was created in 2008 to promote equality and non-discrimination in Europe. In 2009, Fundación para la Diversidad was created to lead the Charter in Spain and help companies, organisations and institutions to make their commitment to diversity visible. Sonia Río Freije runs the Foundation and helps organisations to apply the 10 principles of the Charter. There are currently over 1,100 signatories in Spain, who have access to a wide network of networking and diversity events. We interviewed Sonia to find out about her commitments and hopes.

What were you like when you were younger? How did your parents' cultural diversity influence you growing up?

I was born in 1977 in Bern, Switzerland. My parents are from the north of Spain, so I grew up between two cultures. I have great memories of my holidays in Spain; the food, the family and the long summer days. I had a fairly normal and happy childhood. Since I was a child I have had a strong personality and a strong sense of justice. I have always been involved in projects to help the most disadvantaged.

What did you study?

I did all my education in Bern at public schools. I studied law at the University of Bern. The law degree opened up a new world to me, that of international human rights law, European law and the workings of multilateral organisations, such as the UN and the EU. I quickly realised that these were the subjects that interested me most.

What was your first job and what were your expectations when you started there?

My first job after graduating was at the Ministry of Foreign Affairs of the Government of Switzerland, specifically in the Peace Promotion and Human Rights division. There I was in charge of planning, monitoring and evaluating the Swiss Government's Peace Promotion Programme for Guatemala and Mexico, including dialogue with actors in Mexico and Guatemala. When I started working there, I wasn’t so clear about the position: how could you help other countries from an office in Bern? I liked the idea of working in cooperation with Latin America and being able to learn about other cultures and, above all, having the opportunity to get to know other realities. It was there that I realised that I wanted to gain work experience on the ground, which led me to work in Mexico two years later.

How have you seen diversity and inclusion change in the last 5 years?

Diversity and inclusion in the workplace is on the agenda for companies, governments and international organisations. In principle, there is a consensus that diversity and inclusion is in everyone's interest and that business is a key player in society for driving this agenda forward. In fact, there are a multitude of international and national laws that prohibit discrimination in access to employment on the basis of gender, sex, race, age, disability, belief, religion, etc. However, there is a long road from the law to reality. We need more leaders who are truly committed to this agenda, a lot of education from an early age and continuous on-the-job training.

What does diversity mean to you?

For me, diversity is an asset and means creativity, innovation, competitiveness and, if it is managed well, it is good for all of us – companies, employees, customers and society as a whole. I simply cannot imagine a homogeneous world.

I have been the head of Fundación para la Diversidad, an organisation that promotes the Diversity Charter in Spain, for two years. It is a charter of European principles signed voluntarily and free of charge by companies and organisations in Spain to make visible their commitment to diversity and inclusion in the workplace. We promote diversity and inclusion management in companies and institutions in Spain to boost social progress and competitiveness and, above all, to transform and achieve more inclusive and discrimination-free working environments. We do this by developing research, launching dissemination campaigns and making best practices in the field visible.

In my view the keys to moving towards true inclusion in the workplace are:

2. Fostering safe spaces where employees can express themselves freely and contribute without fear of dismissal or rejection.

3. Encouraging collective responsibility and not turning a blind eye if discriminatory situations or actions are detected. It is very important to point out acts of discrimination, and here all companies that make up a company have a responsibility.

4. Reviewing employee selection, promotion and evaluation processes to avoid unconscious bias. Generating guidelines so that these processes are homogeneous and allow for equal opportunities.

5. Celebrating the cultural, social and individual differences of employees. Using commemorative dates to put diversity and inclusion issues on the agenda.

6. Speaking truthfully and honestly about the objectives, challenges and difficulties we face in managing diversity in the company. Not "posturing" but instead going deeper into the issues to really bring about a real cultural change.

7. Committing to inclusive language that is free from stereotypes.