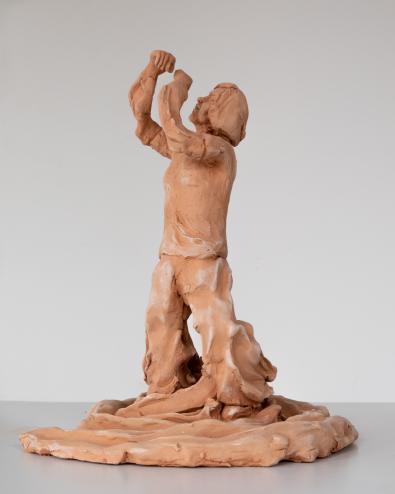 FOR AN INCLUSIVE CITY MODEL

Deloitte's commitment to volunteering, gender representation in urban spaces, and support for Pride

Caroline Criado Perez explains this in great detail and – most importantly – using statistics, in Invisibles, a book described by the New York Times as ‘the Bible of our times’. Her research shows how the data gender gap has created an underlying bias that has made our society a slave to the idea that white, able-bodied and straight men are the standard. The author mentions streetcars, which are almost always inaccessible to people who use wheelchairs or have strollers, and the average temperature in offices, public and private, that are set for male metabolisms, and women who have experienced sexual harassment in public spaces.

For centuries, the needs of women, people with disabilities and all other historically disadvantaged groups were not taken into consideration. All this diversity was ignored in the design phase of urban spaces. Reducing the dangerousness of urban spaces and increasing their inclusiveness is a crucial issue that can help to counter gender-based violence and enable the social inclusion of people with disabilities.

To raise awareness and contribute to the creation of a culture of respect, on the occasion of the International Day for the Elimination of Violence against Women in 2021 Deloitte, with the sponsorship of the Deloitte Foundation, chose to support the NGO Associazione Differenza Donna, which was established to raise awareness of and prevent and overcome sex-based violence.

In addition, to support Third Sector organisations and contribute to creating a more equitable and sustainable society, last year companies in the Deloitte network in Italy and Fondazione Deloitte launched a corporate volunteer programme, the Volunteer Hub. Deloitte employees can dedicate up to six hours per month of their working hours to projects that match their skills and interests, in different cities across Italy. Among others, they can choose to help organisations that are committed to preventing sex-based violence, helping disadvantaged people, and to climate protection, which has a positive effect on safety and inclusiveness in our cities.

Cities are also designed from a male perspective in terms of visual representation. In Milan, out of 4250 streets, only 141 are dedicated to women. The data on female sculptures are even more discouraging. In 2020, before the statue dedicated to writer Cristina Trivulzio was erected, the only sculptures of women were dedicated to martyrs, saints or the Virgin Mary.

In the face of this glaring absence of gender diversity in urban spaces, Fondazione Deloitte, in collaboration with Casa degli Artisti and with the support of the City of Milan’s Office of Art in Public Spaces, has decided to donate the first piece of artwork on public land – not only in Milan but in all of Italy – that is dedicated to a female scientist.

The sculpture, dedicated to Margherita Hack, will be installed in Largo Richini, a central, historical area in Milan near the State University. It is scheduled to be unveiled in the month of June, which marks the centenary of the astrophysicist's birth.

A jury that included Anna Wolter, a research astrophysicist at the INAF Osservatorio Astronomico di Brera, chose the winning design based on sketches by the eight female artists who participated in the competition. The choice fell on Bolognese artist Daniela Olivieri, aka Sissi, who teaches at the Academy of Fine Arts in Florence.

The project, sponsored by Fondazione Deloitte, is in line with Deloitte's commitment to fostering the development of young women studying STEM subjects.

Donating this sculpture to the city of Milan means opening up to a kind of urbanism in which women are also reflected, emphasising women who were intellectuals, scientists, thinkers, and artists, overcoming a culture that has predominantly celebrated male role models.

Our commitment to making urban spaces welcoming to every type of diversity must also consider the needs of the LGBT+ community and the multiple needs that arise from intersectionality, generally.

Last year, Deloitte also supported Milano Pride, and the revenue from this event flowed into funds established to support projects in the social sphere. Our ALL IN strategy is based on the power that allyship can generate. Allyship is not just passive support, but is part of our everyday life and embodied in visible and recognisable actions that give a voice to and support LGBT+ people inside and outside of Deloitte.

The history of Pride, beginning with the Stonewall riots in 1969, shows us that without these kinds of demonstrations, there cannot be change. By supporting Milano Pride, Deloitte supports the immense cultural value of this celebration. Pride, thanks to its evolution over more than sixty years, from being an institution created by white people, ignoring the marginalisation of the most disadvantaged members of the community (Black, indigenous, trans, queer, poor, immigrant), has become the ultimate expression of the freedoms and inclusion of uniqueness.

The parades we have taken part in over the years have been in the name of the intersection of every type of diversity, excluding none. Prioritising inclusion and helping to make our cities more inclusive, mirrors the inclusive culture promoted by Deloitte globally, in accordance with its values and purpose. Make an impact that matters, on people, clients and society.