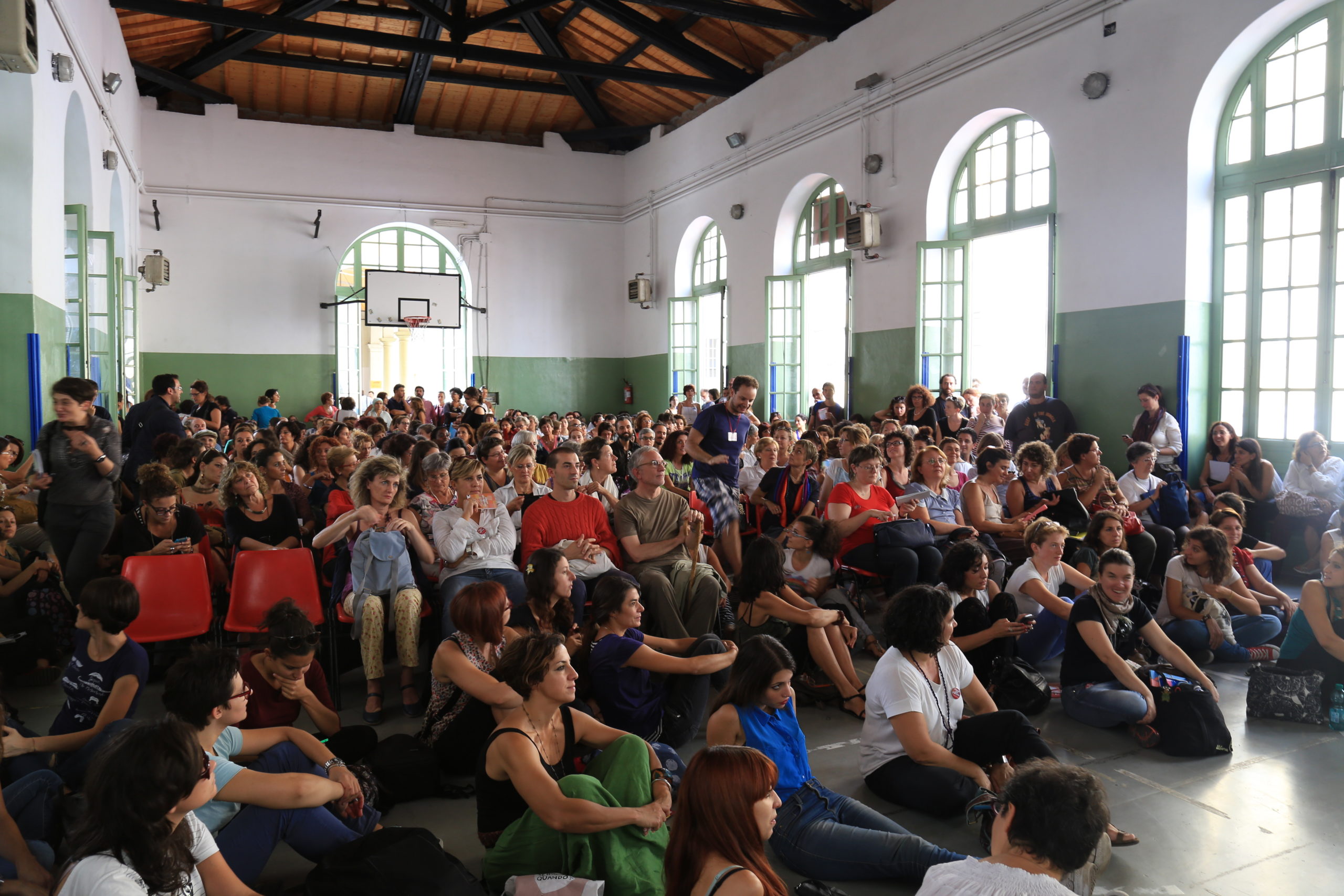 Educare alle differenze is a “bottom-up”, self-financed initiative to support public and secular schools and to promote education that is based on the idea that differences are valuable and a resource, not a problem or a threat. Today it is a national network of associations, an annual meeting for self-training and creating an educational culture of differences, a permanent observatory of political and social transformations in educational contexts. The path, created in 2014 by the S.CO.SSE association, the Progetto Alice and Stonewall, aims to inaugurate a season of rebirth for schools, to be understood as institutions capable of contributing to the construction of authentic democracy, as guarantors of rights, freedom and social justice, and as such incompatible with prejudices and ideals of ideological homogeneity.

The first national meeting, launched through an open letter written by the three associations, was an unexpected success, which brought over 600 people to the Di Donato schools in Rome. First planned as a one-day assembly, given the large turnout, it was transformed into a two-day event organised around tables in which participants could get to know each other, exchange practices and educational methodologies, imagine forms of resistance to what we know today was the beginning of the “anti-gender” campaign that has made the world of school its privileged stage. Over the years, the promoting organisations have grown to over three hundred and the six annual national meetings - which have passed through Rome, Bologna, Palermo and Pisa, with the expectation of soon also arriving in Bergamo, where the seventh meeting should have been held in September 2020 - were attended by thousands of teachers, trainers, operators from the world of early childhood and education, family counselling centres, activists from anti-violence centres, women's homes, social spaces, political-institutional exponents and parents. At the heart of the meetings is the principle of self-training: an opportunity for exchange between those who work in and together with schools at all levels. In an institutional context that is unable to make respect and an appreciation of differences a structural element of school and educational contexts, the Educare meeting proved to be a valuable opportunity to circulate knowledge and develop methodologies to promote the prevention of male violence against women and fight stereotypes related to gender and sexual orientation, children's rights, sex education and intercultural issues.

Since 2017, Educare alle differenze has been formally constituted as a Social Promotion Association: a network of associations, unique in Italy, which works towards making schools capable of building concepts of citizenship, inclusion and equality. Eleven associations from six different Italian regions, with both a territorial and a national vocation, have been working together for four years to relaunch the cultural and political heritage of the community that surrounds Educare alle differenze: feminist associations, an anti-violence centre, LGBT+ associations and cultural associations with different backgrounds have all found themselves on the common axis of believing in education as a crucial practice for transforming society and valuing all differences.

The constitution of the national association was also an opportunity to establish a sort of observatory to monitor what is happening in Italy in the field of educating about differences and to take stock of what this “label” means, which is too often misused. Thus, through the analysis of legislative references that support education about differences and the enhancement of good practices shared during national meetings, we have identified some important characteristics that we believe define quality interventions and projects.

Educating about differences is, first, not a “subject” or a “theme”, but a transversal approach to education that aims to provide the critical tools needed to deconstruct the dominant models linked to gender identities, sexual orientation, cultural or religious backgrounds, different abilities and disabilities. It therefore represents a fundamental tool both for promoting the growth of free and self-determined adults, and to counter phenomena such as male violence against women, formative gender segregation, homophobic and transphobic bullying, racism, and to deconstruct stereotypes and social models that are the origin of all discrimination. Although individual projects or interventions understandably tend to focus on a specific issue, it is important to always try to work from an intersectional perspective, that is, to pay attention to how differences intersect in each person's life and how this can lead to different conditions of inequality. For example, is being a victim of homophobic or transphobic bullying the same for a child born in Italy as it is for a child of migrants? Asking questions like this during educational planning or carrying out an intervention can make the solution more effective and inclusive.

An effective educational intervention is based on a “deconstructive” approach, that is, it uses tools and methodologies that make it possible to accompany learners on a complex reading of reality and relationships. In this era of simplifications and the return of dichotomies, Educare alle differenze aims instead to provide tools to grow in complexity. At the same time, this type of intervention is based on the principles of non-formal education, i.e. it involves interactive modalities and horizontal exchanges in which the participants (whether they are girls, boys or adults) are encouraged to actively participate, starting from their opinions and experiences. In doing so, it is necessary that those who conduct these interventions (teachers, educators, trainers/guides) are available and prepared to do constant reflective work on themselves, to question their own stereotypes and models. Precisely because it is not a theme or a discipline, educating about differences implies that both those who teach and those who learn are ready to participate fully and challenge themselves. Finally, as far as possible in terms of resources, effective educational interventions take time: the recursive nature of projects and the development of tools to develop long-term reflective practices between actors and actresses of the world of school are very important elements for building awareness and good practices.