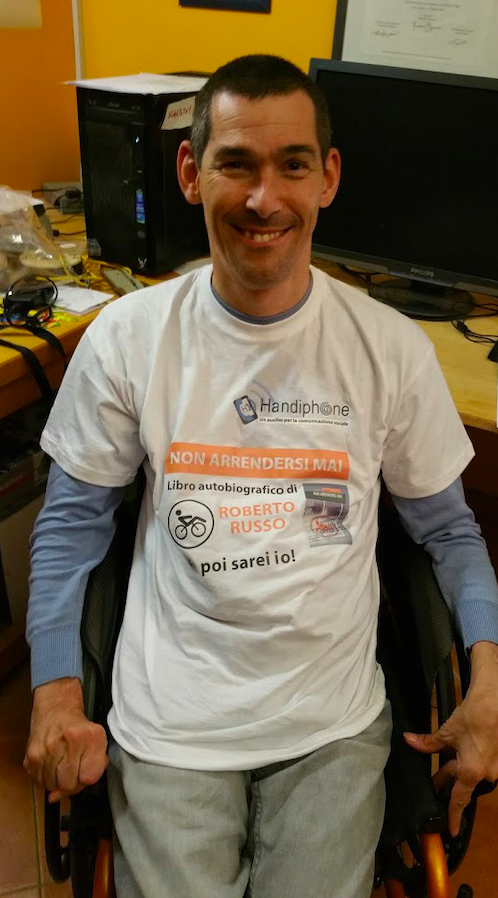 #COURAGE IS AN ADVENTURE

This is the claim launched by Synergie Italia and the rest of the international Synergie group’s branches this year to enable all employees to draw on their “courage” to demonstrate their real competences. The invitation is to publicly share a “true skill”, a private side of their lives. These are the passions that make us unique. This initiative is consistent with the approach that has for some years been leading Synergie Italia to recognise the uniqueness of each individual as a truly valuable resource. But if it is true that each of us – some more than others – is competent in some field or other, we are still unlikely to show ourselves to others exactly as we are, so we cannot also demonstrate our personal “true skills”.

How many opportunities are wasted like this! Too often we concentrate only on the so-called technical competences, that is, the capacities that are useful in getting a particular task done. This might have been the tendency in the past, when careers were more linear. Nowadays, however, the workplace is very different. We cannot continue to think in static ways but must give ourselves the opportunity to broaden our perspectives. Concentrating exclusively on our expertise belongs to those conscious or unconscious biases that are still too prevalent in guiding those responsible for hiring. Sometimes, this allows the most qualified candidate to get away. Instead, in what are called transversal skills, we find, in addition to knowledge, the ability and qualities we have developed through a series of personal and professional experiences.

It is thanks to transversal skills that talent finds its greatest expression. The most important basic skills of an inclusive manager are based on the ability to be inclusive. This presupposes that they know how to welcome, involve and engage different people, helping their potential to emerge. It is not enough to have good intentions, it is necessary to listen, see how the person works, and try to involve them in organising the work. Fortunately, the data tell us that in big companies and multinationals, there are signs of improvement, but the topic of disability remains sensitive. A society that is really inclusive can shift the focus from disability to ability. It’s not about having “superpowers” – that too can be an unrealistic way of looking at things – but it consists in having the capacity to recognise and value each individual’s abilities.

The initiative taken by Synergie Italia is the result of precisely this intention to accompany employees as they undertake a journey of individual awareness. Thanks to this awareness, those who participate can open themselves up to others, get to know themselves better, and discover abilities they were not aware of having. In order to reflect on the opportunities we miss out on if we limit ourselves to seeing only the person’s disability, I want to tell you Roberto Russo’s story.

Roberto was born in Imperia in 1973. Due to neonatal hypoxia, he has had a motor disability since he was born, with a consequent speech disorder. Roberto completed his studies with a three-year degree in Computer Engineering at the Polytechnic of Turin. As well as being a researcher at the Istituto Superiore Mario Boella in Turin, since 2013 he has collaborated on the "Stephen Hawking" project, promoted by the School Integration Committee. In 2015 he published his first book, titled Non arrendersi mai. Speech impediments can be a real obstacle to an individual’s growth and autonomy when, particularly during the early stages of learning, they need to find a way to express their needs. While studying at secondary school, Roberto experienced strong discomfort. His difficulties with communication and the workload involved in managing his homework brought Roberto to the point of exhaustion and forced him to abandon his studies. However, as fate would have it, he was drawn to the world of IT and was immediately fascinated. It was through an initial training course, also with the support of some friends, that he learned more and regained his confidence. This was followed by his university studies, which only confirmed his passion for the IT world. So he decided to continue without delay. His degree course was also a turning point in terms of gaining independence and forming relationships, and it was thanks to these achievements that Roberto was able to attain his much sought-after freedom. It was almost by chance that the idea for his thesis was born out of these relationships outside of the university. At last he could devote himself to the development of a telephone communication aid for people with speech impairments. Although it was only a prototype, it had already attracted the attention of some examiners.Roberto was then able to patent his "Handiphone" app, which is available free of charge for all Android devices. But Roberto is so much more. So much so that if you were to ask him if he feels like a “superhero”, he would answer: “You only become a superhero when your contribution finds its place in a relationship of mutual collaboration, where everyone, no one excluded, becomes useful to themselves and for others.” Roberto was certainly able to acquire the technical computer skills needed to learn programming thanks to his desire for redemption. Although the path was all uphill, without talent and confidence he would not have been able to bring out this skill and would have ended up being dependent on others his whole life.

In society and in companies, commonplaces and habits lead people to passively accept what seems like the least demanding solution and to consider the disabled person as having no opportunities, without recognising their prerogatives, needs, dreams, values and flaws. Courage is an adventure, and Roberto Russo had plenty of courage to show everyone that abilities can overcome all disabilities!