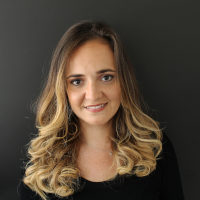 Through the language of images, Gradient – the first type of artificial intelligence to deal with D&I issues and led by CEO Giorgia Coltella – was launched in Genoa at the end of 2020 as a spinoff of Kellify, a science-based company with a team of 35+ talented collaborators from all over the world (Italy, Moldova, Sri Lanka, India, Montenegro, Iran, Poland, the UK). Physicists, economists, data scientists and statisticians combine AI with neuroscience by identifying visual content that succeeds in the viewer’s gaze.  Building strategic visual communication is fundamentally important for a brand’s success, especially in the digital context in which players move. Every image shared on social networks, on TV during a commercial, or on our computer screen, tells a story and conveys messages that interact with the viewer on a conscious and unconscious level.

Kellify wanted to focus on the importance of a diversified and inclusive visual narrative and therefore created Gradient: the first AI that allows its stakeholders to develop awareness in relation to their level of compliance with D&I issues. An inclusive brand succeeds by pursuing a twofold purpose: to represent and reach a greater number of customers, and to combat the under-representation of discriminated groups, such as ethnic groups that are not white, women in leadership roles, people whose bodies don’t conform to current cultural norms, or people who are not in their 20s or 30s. This should not be interpreted as diversity-washing: D&I issues are super-hot today. At the same time, there are many companies that analyse brands' internal policies and publish rankings that celebrate D&I compliance. It would be pointless, if not harmful, to apply a sort of commercial make-up when there are already reliable benchmarks to compare against, at the risk of being easily contradicted.

The algorithm analyses images and videos shared by brands on their touchpoints (websites, social networks, ads, banners...) and draws up a report containing the scores that the AI assigns to the various parameters analysed: for example, the percentage of women and men represented, ethnicity, age and physical build, and the importance given to them in the company's visual communication. The focus is on combating stereotypes and under-representation, not only in quantitative terms (e.g. how many men and how many women are in an image) but, more so, in qualitative terms, by grasping the importance that is given to the people represented and to the message that one decides to convey through the sum of the visual stimuli that are presented to viewers. Picturing 10 women and 10 men does not necessarily mean having balanced representation: if those 10 women are in the background, small, and playing unimportant roles, while the 10 men are in the foreground and in leadership positions, the numerical ratio counts for very little.

Through the D&I Visual Audit, Gradient gives creatives and brand managers the keys to set the correction mechanisms of visual communication in motion. The creative process is in no way affected by the algorithm, which instead acts as an added bias-free tool. This report can be included in the Sustainability Report: we know how important this parameter has become for analysts in evaluating companies, who integrate financial analysis with environmental, social and (good) governance (ESG) analysis, which distinguish so-called responsible investments. Just think of the SDGs, the Sustainable Development Goals (SDGs) set by the United Nations to "achieve a better and more sustainable future for all", which includes gender equality, reducing inequality, and ensuring quality education, dignified work and economic growth.

Gradient believes that companies should not be considered mere economic actors, but entities that have a real impact on the community: being a socially responsible brand also means including all the identities that make up humankind, condemning any kind of discrimination. For brands, this has numerous benefits: increases in terms of user base, creation of a loyal community, greater impact on KPIs and marketing funnel, but also on talent, investors and partners. Gradient wants to go beyond a brand’s revenue: we want to spread a new culture of representation in which people from all over the world can recognise themselves and see their story told. In order to generate a change in mindset, we believe it is essential to spread D&I-compliant images from the moment when stereotypes and prejudices come into play, i.e. around the age of 5/6 – often transmitted by educators themselves, be they parents, teachers or schoolbooks. The female scientist, the disabled chef, the Black CEO at the head of a multinational company, should no longer be considered extraordinary or mythological figures, but commonplace, and should join the other role models included in textbooks.