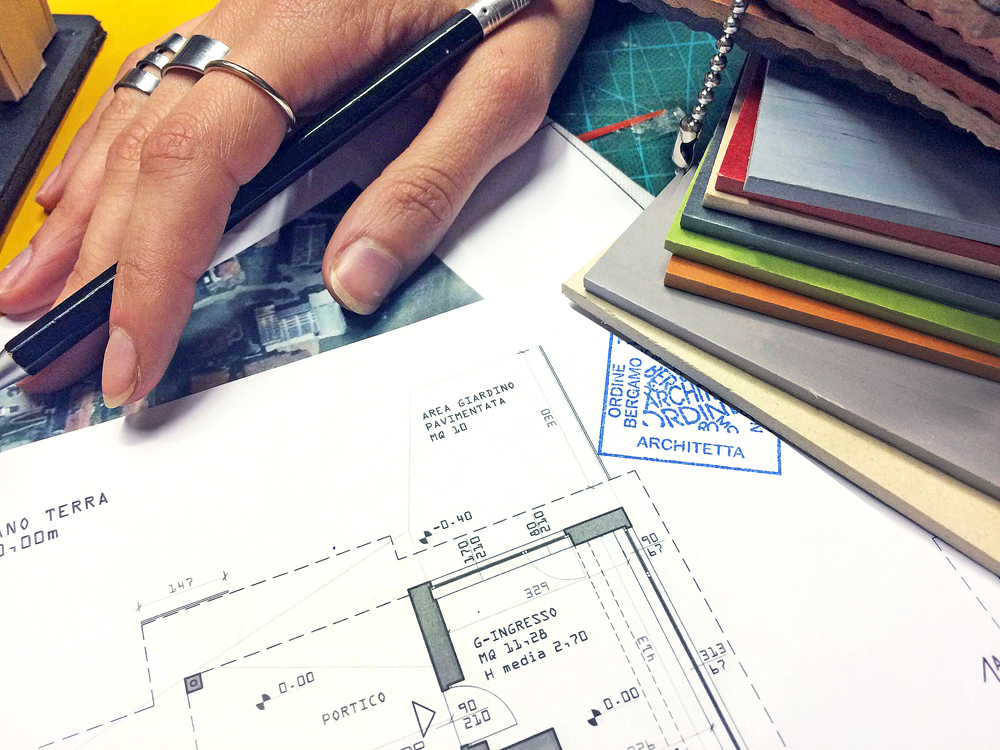 ARCHITETTE the feminine plural - Language as a tool for gender empowerment

Last November, Kamala Harris – in the White House, Maria Luisa Pellizzari – in the Italian Police, and Antonella Polimeni – at La Sapienza University, were highlighted by the media as the first women to occupy have traditionally been exclusively male roles. The slow but inexorable process of demolishing the so-called ‘glass ceiling’ has been going on for years now, but while hearing the expression ‘first man’ makes me think of Neil Armstrong on the moon – a great achievement for humanity – the expression ‘prima donna’ (‘first woman’) is very different and still loaded with negative connotations of an obviously sexist nature, linked to the derogatory use that is made of it to indicate the presumptuous and capricious attitudes of successful women (or men).

Language and society evolve, mirroring each other, sometimes asynchronously, and perhaps for this reason the declension of professional titles in Italian, such as architetta (female architect) or ingegnera (female egineer) struggle, despite the time being ripe, to enter our daily lexicon naturally. In addition to a recognised greater reluctance to use the female declension in Italian for professional titles with a certain social prestige, compared to those of humbler professions, which have always been used with greater ease (such as peasant – contadina; or worker – operaia), it should also be noted that the construction sector is among the professional sectors that are the most emblematic of gender segregation, both horizontally and vertically. Trivially, in the collective imagination the construction site is the virile workplace par excellence, characterised by tasks that involve the use of physical strength and exposure to risk of serious injury. It is easier for most people to imagine a female interior designer than a female construction manager or female safety coordinator.  Young female architects are mistaken for the secretaries of male colleagues, just as more mature female architects are called by the generic – apparently very respectful – ‘lady’. Not to mention the decisive, but not equally prestigious-sounding role in architecture and design projects that talented but unrecognised professionals have held, such as Charlotte Perriand, who worked alongside Le Corbusier, or Doriana Mandrelli, the professional partner and wife of the star architect Massimiliano Fuskas. If the male paradigm remains dominant, just as the role model imposed starting at university level is also male, then it is quite understandable that architetta struggles to enter the daily lexicon. The cause is certainly not to be attributed to the pretext of the term being cacophonous or to a presumed and erroneous etymological betrayal, but rather to the persistence of hesitations of a cultural nature, linked to the more or less conscious introjection of assimilating to the masculine that causes the term with the feminine declension to be perceived as implying a devaluation.

Since 2017, female architecture graduates registered with the Order of Architects in Bergamo can use, as a seal certifying their possession of the legal requirements to exercise the profession, a new professional stamp with the female declension, with the word architetta, placed after their name, surname and registration number in the Professional Register. This, too, is a first step that is reminiscent of a civil rights conquest, the right to represent oneself with a title that certifies one's gender identity in the profession. The Order of Architects of Bergamo was the first in Italy to approve the female stamp. Together with my colleagues Silvia Vitali and Francesca Perani, I was at the forefront of the affirmation of this right and the disclosure of this result, which then led other colleagues throughout Italy to request a similar resolution from their Professional Order for the issue of the feminine stamp. The spread of the term architetta and of the female stamp is currently supported by Rebel Architette, an association for social promotion, also founded in Bergamo in 2017, with the aim of promoting female role models among younger generations of professionals, thus promoting a more inclusive and equitable vision of architecture on an international scale. The book Architette = Women Architects Here We Are! The # timefor50 (equal time) and #WAWMAP (WOMEN ARCHITECTS WORLD MAP!) Campaigns are just some of the many initiatives promoted by Rebel Architette, which have been a part of numerous national and international conferences. The common background to the experiences illustrated so far is to be found in the choral path, which lasted seven years, of the Archidonne working group of the Order of Architects of Bergamo, in which I was institutional secretary and promoter of various initiatives, such as the bonus payment for new fathers/new mothers, letters to new mayors on gender mainstreaming, the ‘Other views on the city’ format and the ‘Architetti/e (Architects) in classrooms’ project. Archidonne, which represented synergy the female way, was launched in 2010 with the participation of about thirty architects, and was the result of an idea that Francesca Perani had, and was intended to be an active and proactive stance to contribute to a cultural change to give recognition to the female figure and access to the same roles in professional and public life as for the male figure. Since 2017, the Equal Opportunities Group of the Order of Architects has been promoting the use of language that respects differences through the continuation and implementation of the ‘Architects in the classroom’ project. Over the course of almost ten years’ worth of activities, the project has seen the involvement of an annual average of twenty architects and 500 primary school children on issues of participatory planning. Last year, ‘Architects in the classroom’ was presented at MAXXI in Rome, the national museum of 21st-century arts designed by architect Zaha Hadid, as an example of best practice in the context of the international conference titled ‘Reading the space’. For the youngest citizens, who are the protagonists in this initiative – and who accept the introduction of terms declined according to gender as completely natural – the affirmation of women in the working, political and social world is already in itself a tangible sign of an evolution towards a more inclusive society; however, the spread of language that respects differences remains a fundamental tool for increasing and consolidating the social achievements underway.