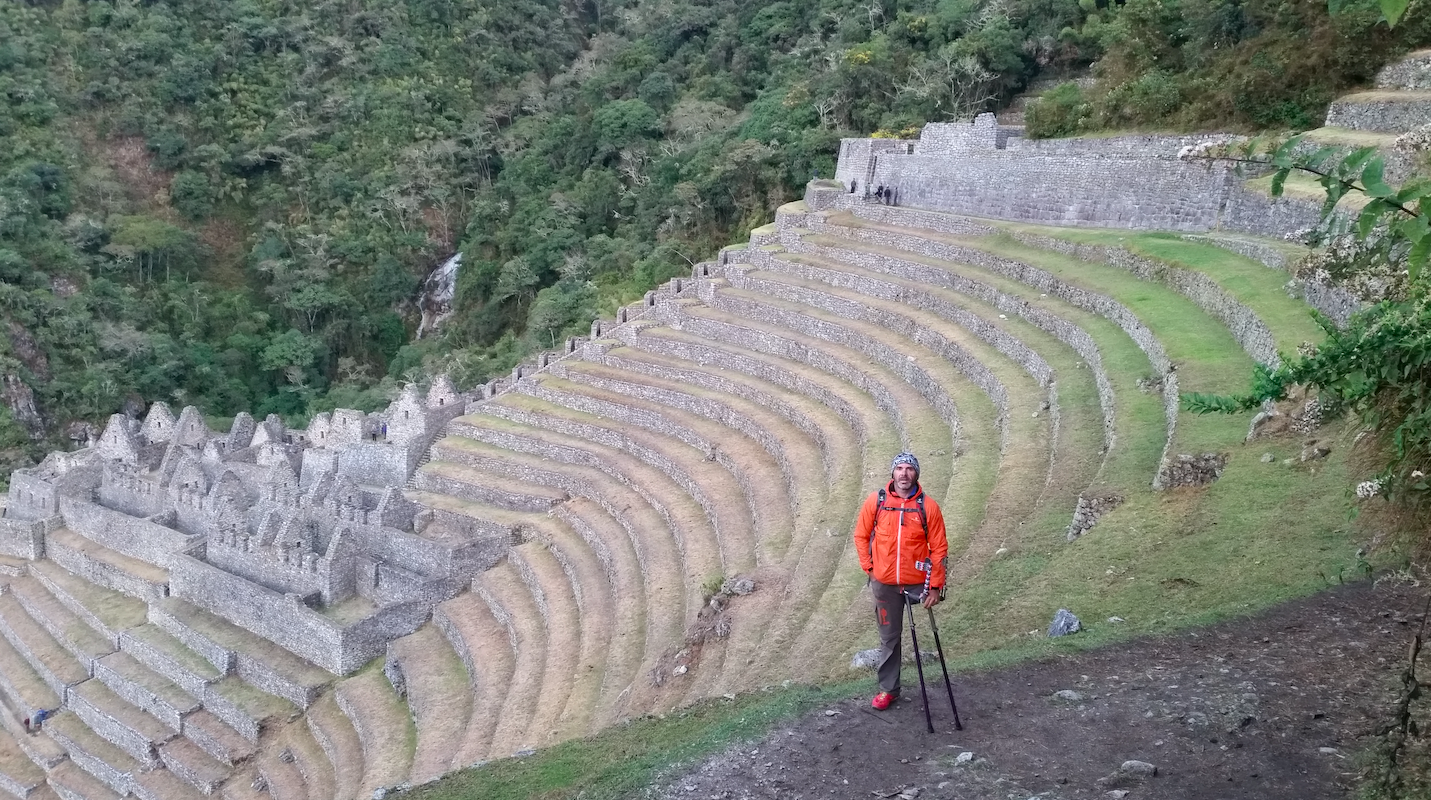 August 1990. Thanks to work, sports and my social life, I was the happiest person in the world, convinced that nothing could derail my life. Instead, it only took an instant to destroy everything I had built. A collision between my motorbike and the car in front of me and, above all, the impact of my left knee hitting the vehicle’s headlight. After the impact, as I was lying on the ground, I looked at my legs: from the middle of my thigh to the middle of my left calf there was a gap. This was followed by six very difficult months in hospital that involved going into cardiac arrest, losing 25 kilos and having four operations. I remember that at the time the word "impossible" hung over everything. But I was luckier than I’d thought, because I had sports on my side. One day I was sitting on the banks of the River Po watching my teammates practice kayaking. I admired their ability to navigate the river. I envied their luck. Until I told myself that I could do it, too. So I plucked up the courage and discovered after only a few seconds that I could still kayak. That was what gave my new start – the journey to follow – its momentum.

I started playing sports again. I went back to school in September 1991, at the age of 18, with kids who were 4-5 years younger than me. I wanted to regain my life, driven by the conviction that since I was just over 18, there would still be enough time to make it extraordinary and successful. Like any other person with an amputation, I initially sought normality by wearing a prosthesis, which allowed me to wear trousers again and convey to people around me the illusion that I was the same person as before. As the years went by, I realised that this illusion was nothing more than a big lie, so I decided to give up the prosthesis and go about my daily life on crutches. After finishing my studies, I immediately found a job in a paper company, where I stayed for about 4 years, and then worked for another 15 years at a steel company. I enjoy working as much as I enjoy nurturing my passions – sports and studying music. In 2007, overeating and not being active enough led me to gain 25 kilos more than what allows for good quality of life. I therefore decided to work on my body and started cycling and training in a more professional way, setting myself micro-goals. The first few kilometres and the first training sessions were very tiring, but my health and well-being were important to me, so I didn’t give up. I quickly reached a good level and decided to participate in my first 70-kilometre competition, a significant distance.

After participating and finishing the competition, I started my competitive adventure around Europe to gain points for qualification for the London 2012 Paralympics, which I unfortunately did not achieve. Sport has allowed me to discover the world and in 2010, I embarked on my first extreme adventure on the world's highest road, in India, where I reached an altitude of 5,602 metres above sea level, with the strength of my one leg. In 2011, I covered the 1,230-kilometre Paris-Brest-Paris route; thanks to the 80-hour time limit, I became the only athlete in the world with an amputation to complete it. I started to be invited by companies, schools and businesses to give talks. I started attending training courses, where I met all kinds of people of all ages who wanted to acquire new skills – I decided to become a Mental Coach and Trainer. I learned a lot in the first few years after the accident; I realised how much the word “impossible” accompanied me in my sports activities: not as a limitation, but as an incentive to keep raising the bar higher and higher for myself. The strong desire to discover my limits and the desire to run led me to triathlon (swimming, cycling and running). A very complex sport, especially for people with amputations and who use crutches.

In 2016 in Peru, I embarked on my first solo adventure, covering 1,100 kilometres by bike in 4 days up and down the Andes to Machu Picchu, the summit of which I reached on foot. The walking experience was solidified in 2018 when I walked St Francis’ Way: 500 kilometres from the Sanctuary of La Verna to St Peter's in Rome. Fatigue, pain, uncertainty – there were many difficulties linked to the use of my crutches. So I decided to invest time and resources in creating a new concept in terms of quality, comfort, design and safety by designing the KATANA, which definitively changed my life, allowing me to fulfil dreams and cover distances that would be unthinkable using other means. Enamoured by the experience of Saint Francis’ Way, in 2019 I doubled the distance with the 1,000 kilometres of the Via Francigena (from the Aosta Valley to Rome), while in 2020, in the midst of the pandemic, I tackled another 930 kilometres from Friuli to Genoa. This was an important project that took me through some of the areas most badly hit by the virus, collecting stories and experiences from individuals, companies and administrations that were reacting to the pandemic with determination and courage.

I love life as much as I love looking back and admiring what I have done, which has involved so much sacrifice over the years. These events make look to the future with a smile, convinced that with determination and a clear vision, something beautiful can always spring forth. I am proud to be able to motivate people who are going through a difficult time by bringing some light into their lives.