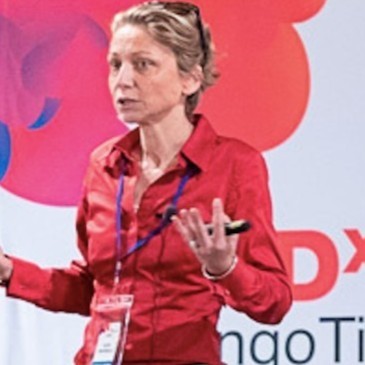 Ageism - Is it an issue of few words?

‘We need more energy and creativity. We will bring in younger talents.’

‘Despite his age, he still wants to get involved.’

Can we say that ageism is an issue of few words? Based on these examples, which you are likely to have heard (or said) at least once, I would say no.

The first to use the term ‘ageism’ was Robert N. Butler, in 1969, in the context of an interview with the Washington Post. The phenomenon certainly existed even before Butler identified it, but it is very difficult to know (or, better, recognise) something we cannot even name. And therefore the term ageism is welcome, as it helps us to identify a widespread, subtle, pervasive phenomenon, which is no less powerful for all that. The thing that leads us to discriminate against people (or to associate stereotypes with them), simply based on their age. Whatever age that is. We know little about this term, we probably don't realise how this type of discrimination can affect us or other people and yet, compared to other forms of discrimination and stereotyping, ageism is the only one that does not make distinctions. It doesn't care about gender, skin colour, religion, social class, orientation or ability. Ageism affects all individuals without distinction, even those who are less accustomed to experiencing discrimination, such as men who are white, heterosexual and do not have any disabilities, for example. Ageism affects everyone. And what's more, ageism is a form of discrimination against ourselves, today and/or tomorrow. Because ageism concerns people in the so-called ‘older’ age groups, as well as those in the ‘younger’ age groups. It is the language that accompanies us through our growth, instils and transmits a propensity towards attitudes that can even become discriminatory. All this happens unconsciously.

‘I hope I will be as perky when I’m your age!’ A compliment, like many others. But what does this actually say? More or less this: ‘My goodness, you are over the hill, you should have the vital signs of an amoeba, but fortunately you do not show your age and you are still vital or, better, youthful.’ How do we think the recipient feels? Or: ‘What would you know about this, you’re still a child?!’ This is not a compliment. It is real discrimination against those who, simply because they are younger, do not seem to have the right to have a point of view and to be able to express it. These are phrases that can happen, right?  We must also think of certain iconography that has been transmitted to us since early childhood. What is the first image we associate with the word ‘grandmother’? Maybe that of Little Red Riding Hood? An elderly, sickly (also for functional reasons, in this fairy-tale), defenceless woman who spends her time knitting. Imagine, instead, if we were presented with a different version more often, in which the grandmother is more like Iris Apfel (do you remember the American entrepreneur and interior designer, who became famous thanks to the Citroen DS3 commercial?). The imprinting that we would receive from early childhood on the concept of age would be very different. Our familiarisation with the idea of ​​ageing as an inevitable sunset, during which one has few defences, only has needs and no longer has much to give, occurs in many contexts. In the world of marketing and advertising, ‘older’ people (this can start at age 45-50) are not very widely represented. Unless it is a question of advertising products that help them during the sunset years: medical aids, annuities, insurances, etc. All products that are relevant to the needs and functional aspects of their life stage. You rarely find communication that supports the dreams and desires of these people. For example, a dating app dedicated to people who are in the ‘second half’ of their lives, who may have separated, have lost a love or haven't met them yet, and want to finally fulfil this desire. Precisely because of this state of affairs, we can call those over 50, 60, etc. ‘Invisible People’, as they feel invisible.

And how are younger people affected by episodes of ageism? Phrases such as ‘Meet our young colleague’, ‘You are too young’, ‘You are so young’, ‘You are a kid’. Phrases that, by putting the emphasis on ‘youth’, risk discrediting colleagues. Because these words may make us think that we do not consider someone up to a situation or a role simply based on their age. By moving skills, results and professionalism demonstrated in the field into the background. There are those who say that you should be proud of your age, reaffirm it at every opportunity without being ashamed (Ashton Applewhite, for example, launched #agepride in his illuminating Ted talk). And it is certainly admirable thanks to the liberating intention that all this can have. But I wonder if this does not risk having a counterproductive effect: continuing to emphasise what should only be a number, making it a key to understanding what we have achieved or done in our life, what we have become, what we should have done and haven't achieved, etc.

What if we gave this number a whole other kind of significance, indeed, gave it much less importance? And if we made age one of those numbers that accompany us, like our shoe size? Who is interested in knowing what size shoes we wear? And what value does this number have in defining whether we are having a positive experience of a certain phase of life? There is no correlation. So, let's start relating to age as if it were our shoe size and see what happens. Maybe we could find ourselves saying or hearing phrases like this: ‘Just think, I would have though you wore a size 40 and instead you wear a 39. It looks good on you, though!’ Or: ‘What do you know, with your size 42...’ Perhaps at first it would sound a little strange, but it would help us free ourselves from the many expectations, conditioning and evaluations we make about ourselves and other people based on age. And maybe many things would be simpler.