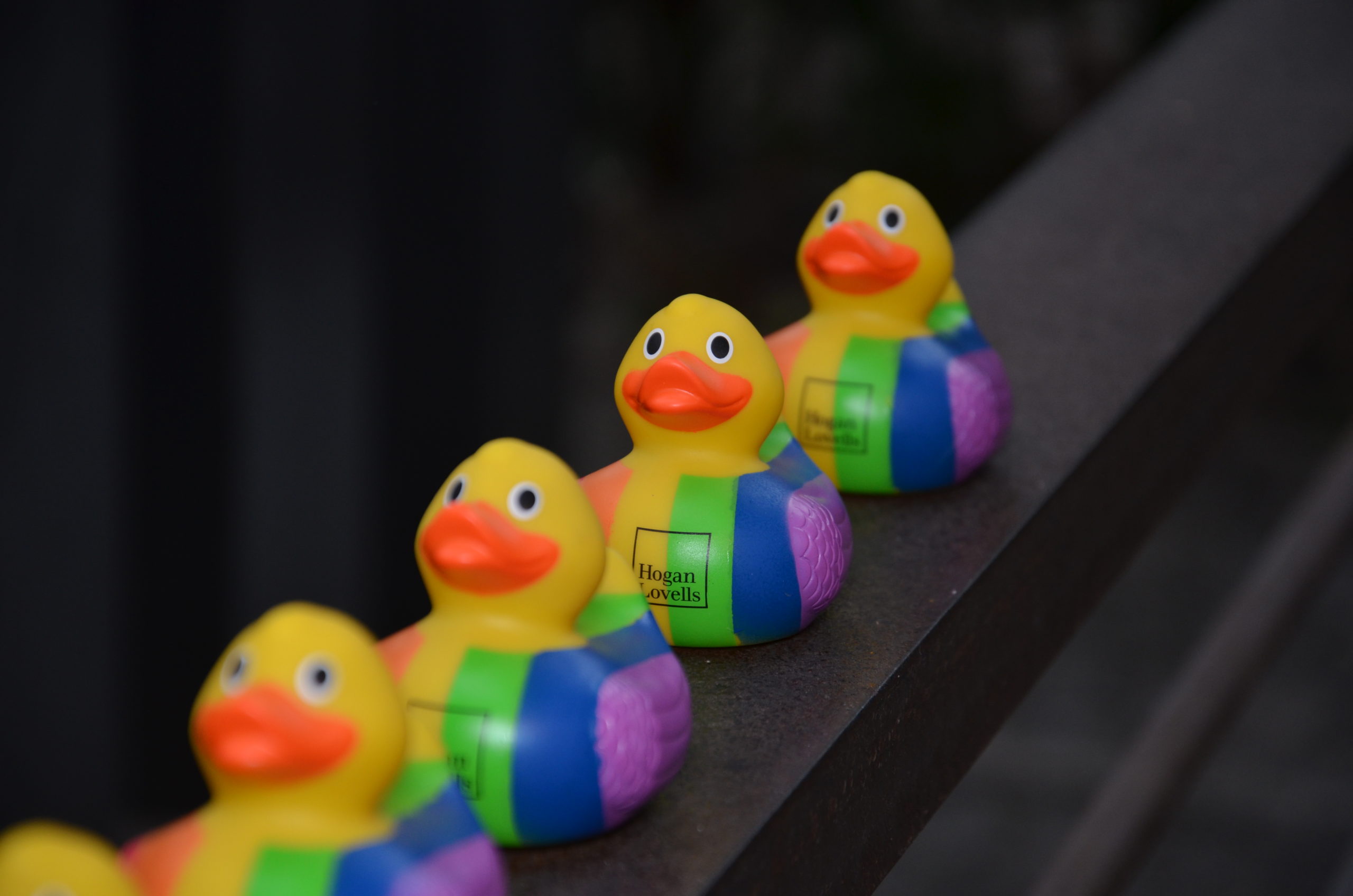 The international law firm Hogan Lovells is a place where people work together, and through this collaboration create a single, multi-faceted identity. We believe that safeguarding the freedom to be oneself, without fear of being judged or of the consequences, is a fundamental concept that it is important to communicate beyond the workspace, too. Gender identity has always been a core Hogan Lovells’ value, and in Italy we are very proud to have been one of the first law firms to adopt an open and proactive approach towards the rights of members of the LGBTI+ community, and the themes important to them, both within the HL network and in cooperation with other law firms and associations – including Parks – Liberi e Uguali and EDGE, of which we are members.

“Inclusion and diversity are concepts that now (hopefully!) form an integral part of business strategies, even though the rhetoric does not always match the reality. For that reason, our approach has always been based on activism and pragmatism, demonstrating our real, tangible, commitment,” commented Leah Dunlop, partner and Diversity Champion at Hogan Lovells.

Over the years, the firm has stood out for the numerous initiatives it has organised and participated in to declare openly and clearly that inclusion is its chosen path. In 2017, Hogan Lovells launched its Pride+ programme – a global network open to all firm members on a voluntary basis – in which LGBT+ persons and allies already present at the local level in several countries, including Italy, come together to promote campaigns to raise awareness and promote the inclusion of the LGBTI+ community.

“One of the major targets of Pride+,” explained Andrea Atteritano, partner and co-head of Pride+ in EMEA, “is to encourage support from anyone who is close to LGBTI+ issues, whose contribution we consider essential to pursue equality. We organise local and international events and training courses and focus especially on in-house communication to actively involve as many people as possible.” One of the strengths of our network is its international nature: we know how difficult it is to support the LGBT+ communities in countries such as Russia, and Hogan Lovells is a safe haven in parts of the world where being oneself may even be considered illegal. This commitment has been recognised by the market, and in 2020 we were included in the Top Global Employer list of Stonewall, comprising only 17 employers worldwide.

“At the end of 2019 we organised a major event in Rome to celebrate the 50th anniversary of the Stonewall riots,” added Atteritano, “with businesses, associations and institutional guests. It was an exciting moment to engage with each other and reflect, underscoring once again that there is strength in unity.”

Launching a message, especially in environments where expressing oneself may have dangerous consequences, has led the firm to reflect on a new crucial area when it comes to proper communication: language.  Being inclusive is not only an ethical choice but a tool for shaping the world and, as we know, the world assumes its shape through narration. With this in mind, the firm launched its Speak Inclusive! Project, aimed at encouraging people to reflect on the power of words, on how the same concept may represent two completely different scenarios in the minds of those listening. It is a practical guide to the use of pronouns and the global revision of standard documents in various areas of law that takes into account respect for the diversity of individuals (whoever they may be). "In 2021," adds Atteritano, "we are planning a new project to explain the key content for the correct use of terms and concepts: the ABC of LGBTI+.” Our commitment to diversity is one of the firm's five strategic priorities, which explains why our Global D&I Team reports directly to the CEO on initiatives for the promotion of an inclusive culture in which everyone can grow and feel represented. In addition to this, the firm has set itself new, tangible goals, building on its significant achievements to date. Hogan Lovells proudly points to its constantly increasing gender balance, which already translates into a reality where men and women are equally represented at various levels in their career path. In 2020, the firm received the Mansfield Certification 3.0, a certification assessing which law firms have affirmatively considered women, attorneys of colour, LGBT+ people and lawyers with disabilities as candidates for leadership and governance roles, senior positions, formal client pitch opportunities and senior lateral positions: confirmation of our commitment to these goals just two years after Mansfield Rule 2.0.  The firm is now upping the stakes by adding two new global diversity goals, with the aim of achieving an even greater level of inclusion among its partners through gender bias training, webinars, seminars, mentoring and coaching for both men and women; by 2025, at least 4% of the firm’s partners will be LGBTQ+ and no less than 15% will be minorities. The results of this approach are already evident during recruitment and the onboarding of new resources, confirming that the inclusive environment at the firm is real and perceptible.

"We are proud of what we have achieved so far, yet at the same time aware that we cannot rest on our laurels but must continue to emphasise these fundamental concepts, rendering them an integral part of the society in which we live, while seeking out new, increasingly ambitious inclusion projects on which to focus."