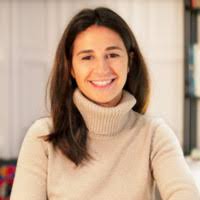 What does diversity mean to you?

When I started talking about diversity, I wondered about the meaning of the term. It's definitely “richness”, when you can open your world to the other. It's “exchange”, “mutual enrichment”. It is certainly “freedom”: to be and to express oneself. So, I wondered, what is equality for me? It is the underlying value: that condition that inseparably presupposes respect for and inclusion of all differences, from gender to sexual orientation.

How long has Google been an ally of the LGBT+ community?

I feel very lucky because I am part of a company that has these values in its DNA since the very beginning. Google has always operated on two parallel levels, of equal importance: on the one hand it has tried to develop a work environment in which every googler can feel free to be and express themselves, while being correctly represented. An environment that guarantees people of all orientations - sexual and gender - the same identical rights. On the other hand, we believe that companies have a great responsibility towards society and the community in which they operate: they have the task of encouraging respect and inclusion, helping to protect these values and protecting the rights that LGBT+ communities have acquired over the years.

What are the reasons that lead a company like Google to embrace Diversity & Inclusion issues, in general and specifically LGBT+?

Differences lead to exchange and this generates innovation. But it's not the only reason: acquired rights are not like diamonds, they don't last forever, on the contrary, they can be lost at any moment. Companies have a duty to speak out in this debate, to protect these rights and to ensure that they grow more and more. They have a duty to be allies. And the inclusion of diverse profiles is a real competitive advantage!

What does it mean to be "allies", especially in the LGBT+ field?

It means, first of all, working together to create the conditions to promote "visibility": even today, in 2019, there are LGBT+ people who are afraid to get "out of the closet", people who tried and it did not go as they hoped, some of them will never get out of that closet. And many of these people work in companies just like mine. It is therefore crucial that companies also help to create the conditions for coming out - at least at work - safely and happily, with pride.

How did Google's commitment and presence at Pride Week in Milan materialize this year?

This year the leitmotif of the whole week was the theme of “alliance”. On the 50th anniversary of the Stonewall's uprisings, we realized that many of the goals of the LGBT+ community have been achieved also thanks to women, men and realities of various kinds who, in their own ways, have stepped up and have applied the simple and powerful rule of empathy, seeking commonalities and not differences between human beings. The week was characterized by four moments in which we told and celebrated the role of the allies in different areas. The first moment involved, like every year,  Googlers only: in an internal debate we discussed the role of allies in the moment of coming out (or coming outs!). We talked about it with allies from the world of institutions, music, associations and YouTube. The Italian Red Cross presented its family home "Refuge LGBT" that welcomes young people in difficulty or who have lost the support of their family as a result of their coming out. Baby K talked about how the power of music and the mix of genres can be an example of differences that enrich and unite. Guglielmo Scilla brought with him his family, who supported him in his coming out. Allies who have made and continue to make a difference, each in their own way.

And the other moments...?

In a historical period in which words of hatred and disrespectful behavior take over, Google has opened its doors to the children of Famiglie Arcobaleno in Milan, for a workshop on the conscious and kind use of the Internet and technology, together with our partner Pepita Onlus and YouTube creator Muriel. Surely one of the most felt and exciting moments of the week, however, was at the event Names AIDS Memorial Quilt: the largest digitization project in support of the Italian LGBT+ community. Google Art & Culture and ASA - AIDS Solidarity Association - worked together to digitize the Names Project AIDS Memorial Quilt archive, in very high resolution, through the technology of Art Camera. They then published the collection on a dedicated page of the Google Art & Culture website. We presented the digitalized work in an event, sponsored by the US Consulate in Milan, the City of Milan and in the presence of Laura Boldrini. The evening culminated in a video-art performance by the artist Andrew Quinn inspired by the digitized images of the blankets and accompanied by a live performance by the band The Winston. With this project we wanted to show how art and technology - when they meet - can be powerful allies to make the memory of those who no longer exist eternal and universally accessible.

Then we arrive at the day of the parade...

This year we wanted to outdo ourselves: a rainbow truck with the global slogan #prideforever, on which we hosted googlers, friends, partners, YouTubers and of course a lot of music! Levante walked the parade on our wagon and then performed on the stage of the Milano Pride, together with Baby K. Artists like Baby K and Levante and YouTubers certainly gave the whole rainbow week and Saturday's celebrations extra colour.  Music, art, technology, institutions, associations marched together with Google, to be not only a search engine but a real engine for cultural change.