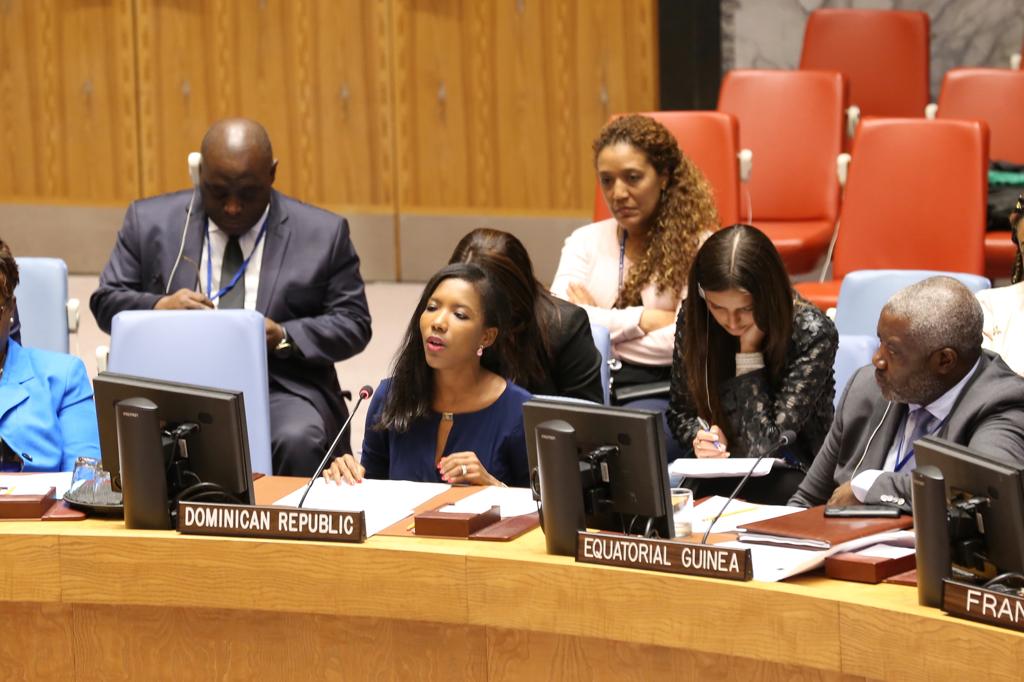 A CAREER IN DIPLOMACY

I was born in Santo Domingo, Dominican Republic, a place that is best described as a melting pot, with its African, European and Taino roots. This heritage has given rise to a very distinctive cultural identity, making us so

famous around the world for being friendly and welcoming to the millions of tourists who visit our country every year. Choosing a career in diplomacy was the most natural path for me. I was certain that I wanted to follow my desire to travel the world, to meet people from all backgrounds and learn from them. To accomplish this, mastering cross-cultural com- munications, improving linguistic competence and pursuing a professional education in international relations was central. During my career, I have served as Cooperation and Develop- ment Counsellor at the Embassy of the Dominican Republic in Brussels, which gave me the opportunity to interact not only with the European Union institutions but also within the Organization of African, Caribbean and Pacific States (OACP).

The next assignment was a dream come true; from January 2016 I was posted in New York at the Mission of the Dominican Republic to the United Nations. While I was there, my country was elected to be a non-permanent member of the Security Council for the first time in the history of our UN membership and I was appointed as Political Coordinator for the Dominican Republic’s team for the 2019-2020 term.

That experience humbled me in so many ways. To be con- fronted every day with human suffering, conflict and the limits of today’s diplomacy was very challenging. At the same time, it made me realize the positive impact that diverse backgrounds, different points of view and a team of roughly 90% women from a small country in the Caribbean can have on raising awareness of issues like women and peace, the involvement of youth in building and maintaining peace, and the relationship between hunger and conflict.

It reinforced my respect for the extraordinary work done by thousands of humanitarian workers around the world day after day, putting their lives at risk to help others during their most difficult moments.

This experience also taught me that bringing cultural diver- sity to the multilateral negotiating table is one effective way of achieving results in the international arena that can have a real impact on the lives of people around the world.

I am currently posted in Rome at the Mission of the Domini- can Republic to the United Nations agencies based in Rome (FAO, IFAD and WFP) working on food diplomacy and following one of my biggest personal interests: the right to food. There is so much work to do. The COVID-19 pandemic, the climate crisis and increasingly severe and protracted violent conflicts have slowed down the progress toward Zero Hunger by 2030.

The concept of diversity and multiculturalism in diplomacy and its potential to solve today’s biggest challenges remains a work in progress but the foundations of its success have been laid down.

A few years have passed since I was a little girl, spending countless hours at home reading an encyclopaedia about the peoples of the world, a gift from my father. I was in complete awe of the distinct cultures, tribes and their costumes, fascinated by the variety, forms and colours on page after page. This memory has continued to influence my way of thinking and how I approach my work every day. I have learned a les- son: diversity can only make us stronger.