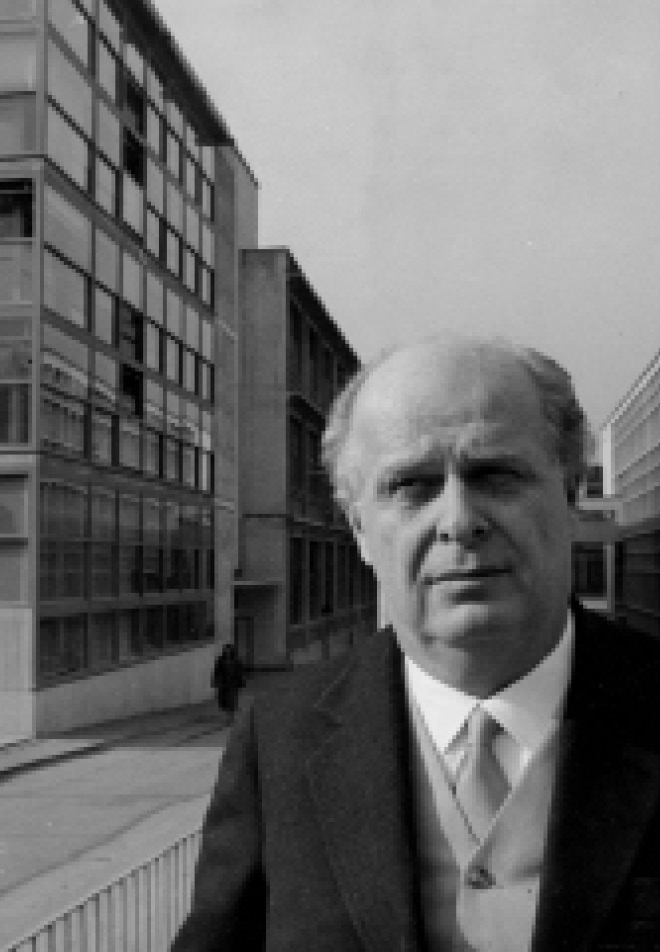 OLIVETTI BEYOND THE GENERATIONS

Notes in the margins 120 years later

‘If you do not consider it as necessary and urgent as I do to push the workshop towards the greatest possible increase, it seems to me that the workshop can very well go on with Mr Burzio and has no need of my employment […]. Otherwise, I would prefer not to waste another week.’
It was the end of 1925 and an impetuous Adriano Olivetti wrote to his father Camillo from Detroit, during his ‘grand tour’ of American industry. The polemical target was ‘Mr Burzio’, the artisan smith trained by Camillo himself, one of the first workers who later became technical director. But, in the eyes of 24-year-old Adriano, Burzio was a man of the past, a representative of an old ‘centralising and eliminating’ way of doing things, a symbol of a kind of factory that was perhaps ingenious but still entirely empirical, far removed from the dictates of scientific management that already informed American Fordism and that dazzled the young engineer from Ivrea.
In this issue of DiverCity we are talking about ‘generations,’ and the story of Olivetti itself is that of a company born of the frank and fruitful encounter between a father and son.
If we were to let the architecture of Ivrea, which has recently been promoted to a UNESCO site, speak for itself, it is at least emblematic that the old red brick factory, founded in 1908 by the father, Camillo, during the years of the company’s rise, was not demolished but extended and connected with a passageway to the new company.
In the same way, Adriano maintained the core of his father’s way of thinking: the ideal of a factory on a human scale, inspired by the idea of social solidarity that Camillo nurtured and also practised, if it is true that he sent his adolescent son to a drill department, so that he could experience ‘the blackness of a Monday in the life of a worker’. Adriano understood, however, that this paternalism had to evolve into a new humanism, that the man who lives in the workshop ‘does not seal his humanity in his working overalls,’ that fragmented tasks were more efficient, but risked becoming devoid of meaning. It was then necessary to look at the person in his or her entirety and, for this, the company had to be ready to expand to the limits of its ambition, with a vast range of services that we are still essentially pursuing today.
But not only that. Returning to the metaphor of architecture, a company should not isolate itself behind a curtain of bricks, but become a transparent diaphragm in osmosis with society and the landscape. Here, then, every volume dissolves in continuous glass walls crossed by light, testifying to a corporate life that is continually urged to open up to knowledge that challenges with its novelty and otherness: sociology, psychology, town planning, art, literature and emerging environmentalism. Against the current temptation to see the company as a fortress, I would like to draw attention to another aspect of Adriano’s thinking, which is in some ways revolutionary. We know that Olivetti envisaged a new constitutional order, a daring construction of political engineering based on the concept of ‘community’, which he gave to many of his writings.
Leaving aside the short-lived or naive aspects of this ideal and solitary project, it is important to underline one aspect of it. Olivetti observed that the democracy of representation and parties was essentially inadequate to guarantee the full rights of the individual. This is why he envisaged an ‘integrated’ democracy, or better still, a democracy ‘compensated’ by the presence of the company, to which Olivetti had always attributed an intrinsic intelligence and superior rationality. The company is seen, therefore, not only as a place for the production of value, but also as a place where democracy is fulfilled, innervated and perfected. The society of difference was still on the horizon – the theme of class struggle was absorbing – but it seems to me that this idea of responsibility still
has a lot to say to those who deal with diversity and inclusion.
Olivetti said that factories should be thought of at night and built during the day.
We should try to do the same.