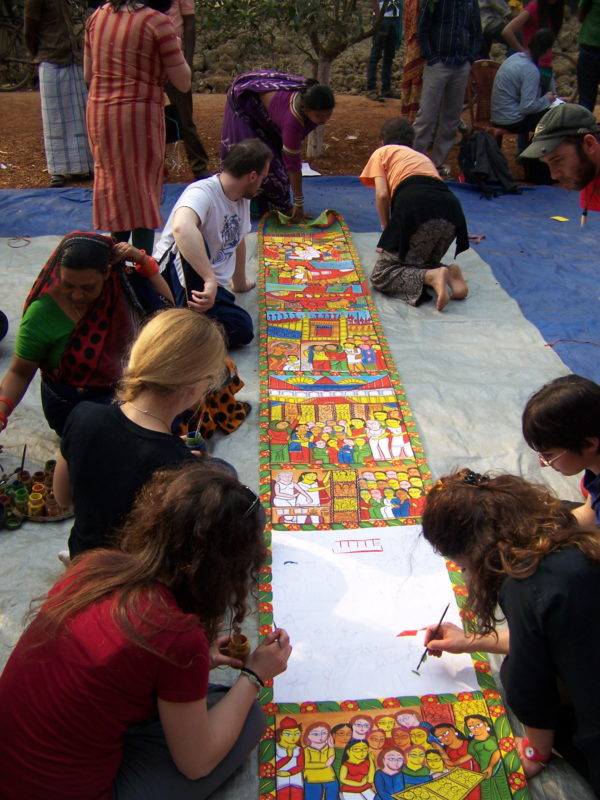 Hundreds of volumes have been written the world over to analyse the aims, objectives and goals of education. According to John Dewey (1859-1952, USA) the development of social efficiency is one of the major aims of education and schools should be organised in such a way that the activities of the outer world are reflected in it. Education bridges the gulf between the innate nature of the child and social needs and demands, and it must impart knowledge and skills to equip individuals to face life. Earlier it was believed that knowledge involved only the brain, but the modern HHH learning model includes Head (cognitive domain), Heart (affective domain) and Hands (psycho motor domain).

Johann Heinrich Pestalozzi, the Swiss pedagogue and education reformer was one of the first to talk about this holistic method. In today’s interconnected world, more and more people of different cultures come into contact with each other and in this new multicultural world, intercultural skills, awareness of cultural diversity and respect for the same are a must. As the sociocultural scenario evolves our education system, too, needs to change and adapt accordingly.

The United Nations Convention on the Rights of the Child is an international human rights treaty that sets out the civil, political, economic, social, health and cultural rights of children and was signed by 140 signatories in 1989, coming into effect in 1990. Article 29, Section C of the UNCRC states that the education of the child shall be directed to “The development of respect for the child’s parents, his or her own cultural identity, language and values, for the national values of the country in which the child is living, the country from which he or she may originate and for civilisations different from his own”. Section D goes on to say that the child should be prepared for a responsible life in a free society in the spirit of understanding, peace, tolerance, and so on.

If we really want to develop a world of peace and equality, justice and fairness we must work with young children in school, as they are tomorrow’s world and the harbingers of a new era. Dewey believed that abstract ideas should have concrete applications, and practical experience should have a theoretical background. We have developed a workshop for primary

schools taking this into account, as well as the recommendations of the above-mentioned article of the UNCRC.
We introduce children to an ancient Indian art form of story- telling called Patachitra. The word is made up of two Sanskrit words, patta and chitra. The former means ‘cloth’ and the latter ‘picture’, or ‘painting’, so patachitra literally means ‘paint- ed cloth.’ In this art form the artists create scrolls that depict a story, scene by scene, through paintings. During a performance the scroll is unrolled and the pictures are displayed and accompanied by a song that narrates the story. In our project we nar- rate a particular story through scrolls and then the children re- construct the story and recreate a scroll, along with a narration in their own language. Further, we expose the children to the Devanagari script in which, Hindi, the most important language of India. is written (There are 22 official languages in India). Thus, the children are exposed to a new script and for many it’s their first experience of a script other than the Roman one. Our workshop exposes the children to a new culture and diversity with the possibility of dwelling on the affinities between the two cultures, as it’s simple to relate the Patachitra artists with the cantastorie of Sicily or other storytelling traditions. The children are also given a chance to talk about their own stories and to paint a scroll and narrate it. So we give them a holistic (HHH) and intercultural experience with the essential message that we are all different but have equal rights.

We have held this workshop in many different countries and for different age groups. A story that we often use is about a group of birds who live happily in a forest. The birds sing and dance during the day and sleep at night but they don’t want to make friends with another bird that lives in the same forest, as it sleeps during the day, which is considered very “strange” and makes him socially unacceptable. This simple story opens up myriad discussions and debates and the following lines by Rudyard Kipling illustrate the project clearly.