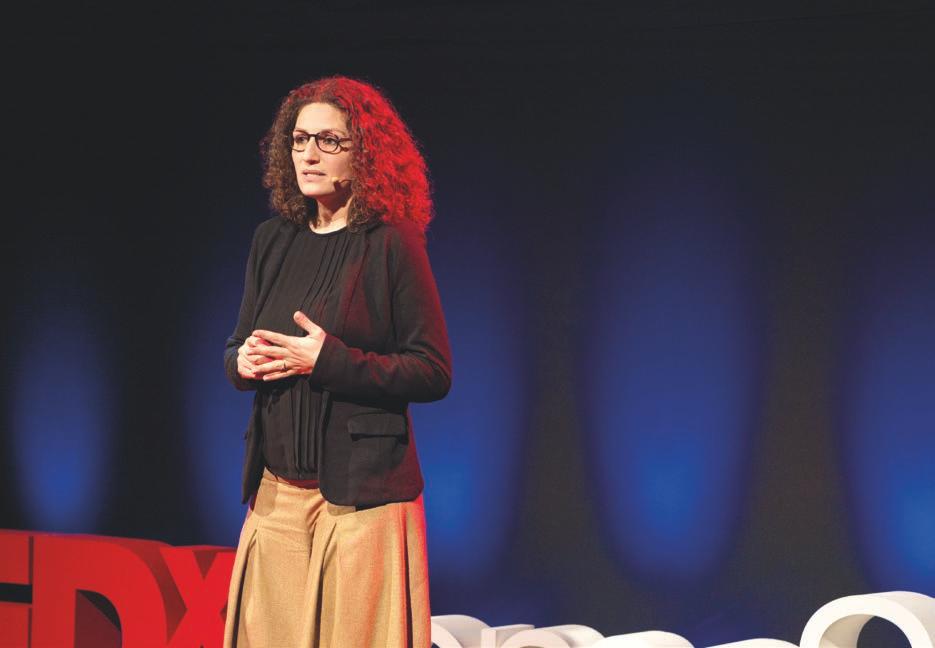 Was the lockdown (in Italy) tiring, complex and even complicated?

Did it impose a radical change in rhythms, routines, relationships, obligations and rights? Yes.

Did it highlight what every environmentalist has been repeating relentlessly for over thirty years, and what should be clear to everyone, at least as clear as the fact that ice is melted by heat and that the earth turns around its own axis? Yes. Or at least one must hope so.

Did the technological revolution (specifically the digital one), which has involved the entire planet, allow us to deal with the unexpected pandemic – and the resulting crisis – with greater capacities (in terms of both quality and quantity) than we would have been able to even just 15 years ago? Or 10? Or 5? Without a doubt.

Did it enable closeness, even if only virtually, between teachers and pupils, grandparents and their grandchildren, employers and employees, colleagues, doctors and patients, friends, partners and relatives who were kept apart? I believe so.

Does all of this mean that technology leaves nobody behind, doesn’t discriminate, and resolves all problems? No, it does not. The pandemic and the healthcare crisis (and the knock-on effect it had on the economy, society and businesses… ) strongly emphasized inequalities that were already present in our society in 2020. Every body and organization I happened to be in touch with (many of which are featured in these pages) underlined how much the object (I prefer subject) of their work was the most hard hit and discriminated against by the Covid-19 emergency. Those who work in the performing arts lamented the loss of audiences and performances; those who care for the elderly felt their own health was put seriously at risk; those who work with the disabled underlined how much the changes imposed by the various decrees upset the routines, care and support provided to those in their care; those who teach suffered from the distance imposed on them between them and their students, the lack of everyday contact – and children experienced this loss too.

Children were asked to make an even greater effort than I think we all realized, during the lockdown and in the months that followed.

Which of these parties is right? All of them.

Who wins the sad competition of being the most discriminated against? Women who are victims of domestic violence – locked into their homes with their jailors? Foreign workers who are not legally permitted to work and lost their only source of income? The children who did not have access to online schooling? The small businesses  that had to close and were never able to reopen? I couldn’t say.

But I do know that technology is a tool we have at our disposal that is very useful, but won’t be our salvation.

It was helpful, a fundamental source of support, and it will continue to be, but it isn’t all-encompassing, it doesn’t reach those who (whether by choice or fate) don’t use it, haven’t had the opportunity to learn how to use it, to practice, to master it. ISTAT (the Italian National Institute of Statistics) has published its annual report on Italy for 2020 and the data provide clear evidence of pre-Covid-19 inequalities: in 2019 over 1.6 million families lived in absolute poverty (so if we assume that each family unit is composed on average of four members, that makes over 4 million people ). This is a piece of data that must be considered. Furthermore, given that the number of individuals who possess a third-level qualification is considered an indicator of the level of education in a country, we read that in Italy the percentage of these individuals is 62.2%, decidedly lower than the European average (78.7% in the EU 28). Poverty and the level of education are two national factors that we cannot disregard in this context.

Over 6 million families (equal to 24.2% of all Italian families) are not “online” and these families are concentrated in the South, and the minors (children between the ages of 6 and 17, those who are obligated to attend school) who have neither a tablet nor a computer make up 7.5% in the North and 19% in the South.

It is therefore fundamental to guarantee equal access to opportunities (to study, train, grow, but also to survive, work, to opportunities for socialization … ) to all, without distinction, and the State must invest and become the guarantor of these opportunities. Could this be the solution? I don’t know, but it would certainly be a start.