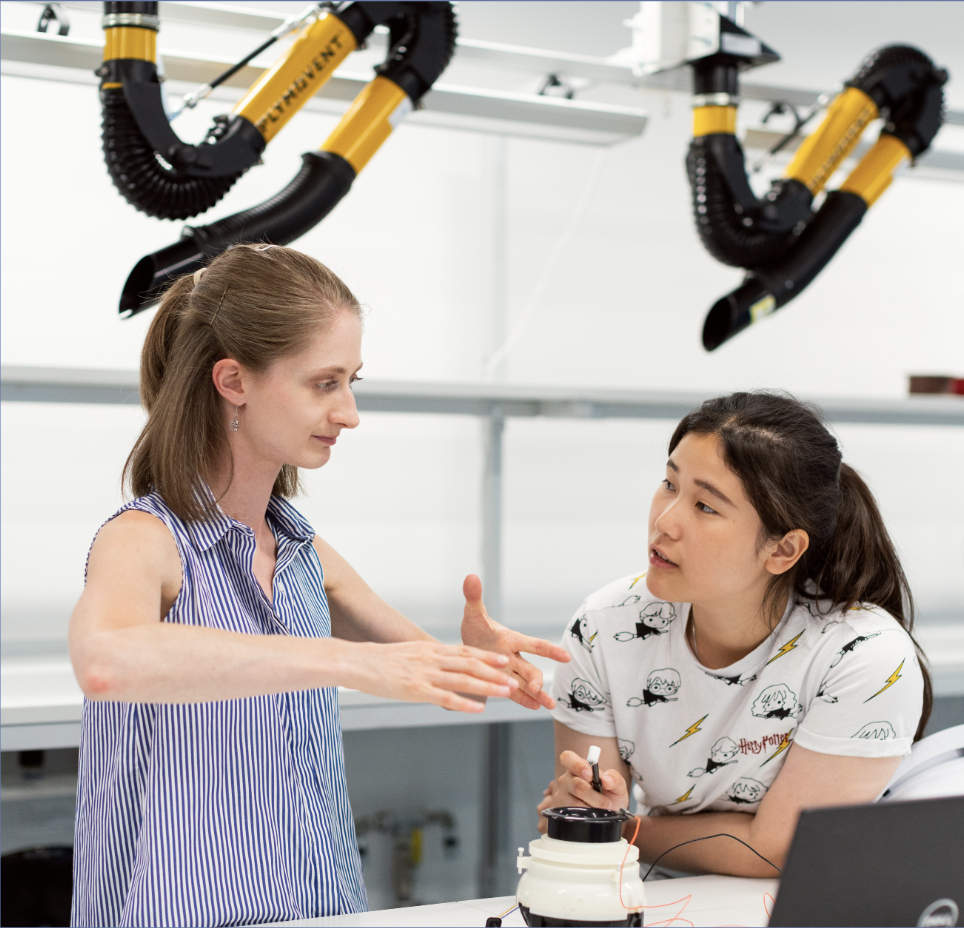 The Rosalind Franklin ExoMars rover, scheduled to be landing on Mars in 2022, will bear the name of a great English scientist, sadly known for being the victim of one of the most infamous scientific thefts in history back in 1953.

Even though Franklin’s X-ray crystallography experiments gave James Watson and Francis Crick the data they needed to describe the DNA double-helix structure, her groundbreaking work was not acknowledged at the time. It was only after her early death in 1958 that Franklin’s vital contribution to one of the greatest discoveries of the 20th century was formally recognized. Franklin’s case is a clear example of the so-called “Matilda effect”, i.e. the trend, not limited to the scientific community, to give male peers the credits for female accomplishments. Watson and Crick, fueled by fierce competition, would have probably used in the same way the results obtained by a male scientist as well, without a single qualm. Yet their statements and writings show their blatant prejudices against “Rosy” (as they called her, out of superiority) besides a patronizing attitude.  Although over 60 years have passed, gender stereotypes and biases are still firmly entrenched in the science and technology community.

The popular stereotype of girls’ poor attitude for STEM (“STEM” being the current shorthand for “Science, Technology, Engineering, and Mathematics”) is an evergreen gaining more and more momentum nowadays. These stereotypes feed the gender gap, holding women back both in the academic field and in professional life, as well as in the technical-scientific community. In Italy, 56% of the graduates are women and account for 59.3% of those enrolled in Ph.D., specialization courses, or masters (Censis, 2019). Nevertheless, they are still strongly underrepresented in all STEM degree programs only 22% of all engineering students and 13% of computer science graduates are women. Internationally speaking, the figures are just a little more encouraging: according to the World Economic Forum, 30% of all scientific researchers worldwide are women.

This gender gap is also likely to be exacerbated by changes in working patterns as a direct consequence of the COVID-19 pandemic and the related Work-From-Home boom.

As pointed out by the #IOLAVORODACASA research carried out in March 2020 by Valore D, at a first glance this innovative smart working solution has provided for a better work-life balance, suggesting that women could both work and take care of their families and household. However, it did not take long to reveal itself as a real trap: one third of women ended up working more than before, whereas only one in five men feels stuck in this Work-From-Home purgatory. In fact, according to IPSOS, 74% of women in Italy still bear the brunt of domestic chores. It goes without saying that there is a consistent risk of working women giving up their professional careers in a country where the female employment rate, at 49.5%, is among the lowest in Europe.

Bearing in mind the significant impact that the Fourth Industrial Revolution will have on the world of work, this trend becomes even more alarming. Hundreds of thousands of professions are likely to lose their intrinsic value over the next few years, ousted by artificial intelligence. In this context, women, as opposed to men, might once again suffer the most from the consequences of this paradigm shift.

According to Angela Berg, supervisor of the Mercer’s “When Women Thrive” Survey carried out among 1,150 organizations in 54 different countries: «Women disproportionately occupy positions in the workforce that are more vulnerable to job loss due to automation».

Precisely for this reason, activities aiming at improving equal opportunities shall promote the so-called “reskilling”, i.e. learning new skills that can enable professionals to succeed in the jobs of the future. Besides, it is paramount that more and more women are granted access to the STEM business, taking up new professional roles in key-areas for thriving innovation in our future digital society. Data from the Global Gender Gap 2020 published by the World Economic Forum revealed that, for example, in the field of cloud computing women now account for 12% of the workforce, while in data science and AI programming they make up only 15% and 26% of the working population – still underrepresented! A stronger female employment rate in these sectors is vital not only to bridge the gender gap in the technical-scientific areas but also to prevent AI programs from inheriting and amplifying the same biases we have been fighting for years.

And here it comes another example of how AI can actually reinforce existing stereotypes: the hiring tool used by Amazon to spot candidates by trawling through past applicants’ résumés. Since the accrued data referred mostly to male curricula submitted to Amazon over a 10-year period, the AI tool concluded that male candidates were preferable over women.  Therefore, it filtered out and penalized women, perpetuating gender biases. As soon as these inequities were detected, Amazon’s engineers tweaked the AI recruitment software to remedy these particular forms of unfair discrimination.
As outlined in the recent study “What’s Keeping Women out of Data Science” of the Boston Consulting Group, tech companies should recruit more women in data analysis and AI programming positions. The underlying reason should not only be to send out a message of female inclusion, but also to provide for more accurate and reliable results thanks to machine learning data models based on gender equality.

If we really want to bridge this gap, we need an effective communication strategy that highlights the concrete value of the data scientist work (since, according to BCG data, 45% of women is not aware of its real purpose) and of analogous positions in key areas for the future of our society. In general, we should make tech careers more appealing to young women, promoting female role models and new teaching methods that can really fuel their passion for scientific subjects. In order to help students learn the steps to the scientific method, school curricula should rely on play-based approaches, experiments and problem-solving activities. Only by introducing a real change in our cultural paradigm, re-thinking education and family life in the first place, will we be able to break barriers and forge new paths for women in science, drawing on female inclusion opportunities driven by the digital revolution. Only in this way will we make sure that the next Rosalind Franklin gets the recognition she deserves.