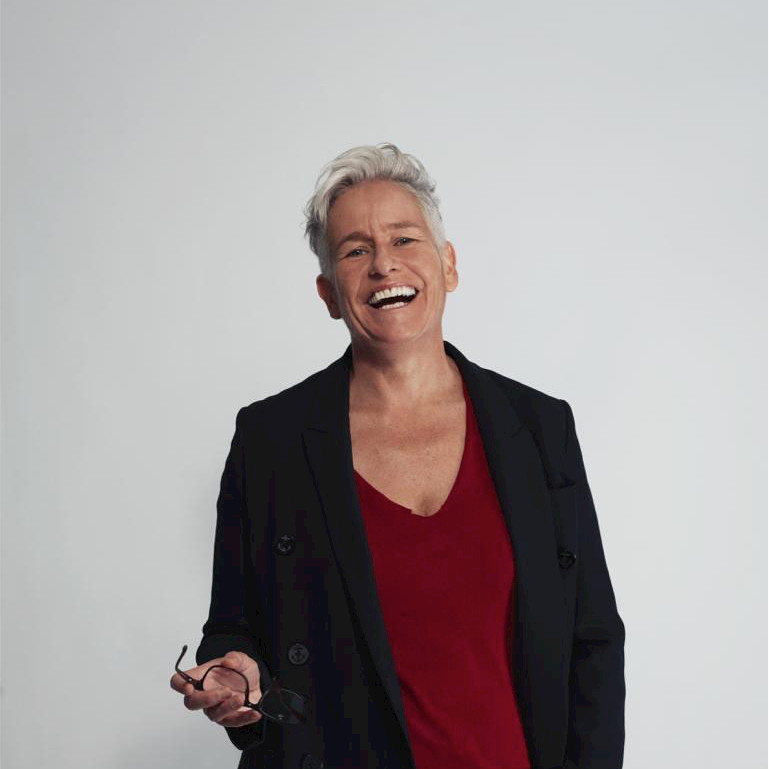 Divercity sat down with Pippa Dale, Head of Global Market Roadshows at BNP Paribas and one of the founding members of LBTQWomen, to find out more.

Dale, speaking with a clipped accent and a distinct shock of silver hair, came strongly out of the starting blocks, describing LBTQWomen as an international digital network created to celebrate, inform and inspire all lesbian, bisexual, transgender and queer women, whoever they are, wherever they are and however they choose to present.

It’s a network, which values the stay at home parent, the poet, the artist and the CEO of a major corporation and everything in between as equal. Dale comments “We wanted to create something which allows our community to come together as a community, behave like a community and to be seen as a strong, powerful, nurturing, caring group that is proud of their identities. As women, we really seem to struggle with celebrating our talent, our successes, ourselves, which is clearly disadvantageous”..

Originally founded in London by just 10 queer women who recognised that – whatever industry, corporation, NGO or public sector – the femme side of the wider LGBTQi community is always in the minority. The inaugural survey asked, “Are you the only out lesbian at work?” and back came the resounding answer, “Yes!”. And, with that, LBTQWomen was formed.

Dale felt it important to share her ‘coming out’ story as a useful backdrop to what makes LBTQWomen so unique. “I have spent much of my 30 year career working for many of the major investment banks and, during that time, I have been proudly ‘out’. I never deemed my sexuality as something to be cautious about and have been fortunate to be treated with respect by my employers, colleagues and clients. I am also unbelievably lucky to have travelled extensively – and safely – for work.

“I did, however, formally ‘come out’ – although it didn’t feel like it; it felt more like a meeting with HR about relocating. I was working for Societé Generale (“SG”) and was asked if I would spend some months in Hong Kong; in my twenties, who wouldn’t want to do that? But I also wanted to take my partner and needed SG to understand this was not a friend, this was my partner. Hong Kong was being handed back to the Chinese that year (1997) and there was uncertainty about the law surrounding homosexuality. I personally felt I had a duty of care to my partner and wanted my employer to share the responsibility. I was not going to allow myself or my employer to be blindsided by an unknown situation should anything untoward happen. They supported me and, luckily for us, our time in Hong Kong and other amazing cities was nothing but that – amazing.

“Flash forward to 2018, looking around me, I started to see some interesting stats on LGBTQi people. They were leaving university and immediately going back into the closet, proving to me that many people felt their identity was detrimental to their career progression. The lack of progress in 30 years enraged me. Women, all women had less positions of authority, seemed smaller in numbers, with a smaller voice. However, in order for that to happen, LBTQWomen realised that it was incumbent on us to take the responsibility to step forward and speak out – we need to let society know who the femme side of the gay community are and how to find us. We should be proud to shout out how incredible queer femmes are as a demographic and a unique group of thinkers who any decent organisation should be proactively seeking to employ.

“LBTQWomen is not interested in the endless debate about “Why don’t gay women like networking?” and “Where are the queer women in our networks and events?’; nor is our aim to replicate other ways of LGBTQi networking. Our aim is simply to move the narrative forward by being the platform which allows LBTQWomen across the globe to network in their own way. The LBTQWomen OUTDirectory lists hundreds of queer femmes who are proud of their identities and want to be seen; they do not need to be celebrated as individuals or to ‘grandstand’ but want to be celebrated as a group; they want to stand alongside each other to raise ALL of us up collectively.

“Of course, LBTQWomen recognises those who are exceptional which is where the network celebrates its Inspirational Role Models. Just a few minutes of looking at this community shows how truly exceptional these names and individuals are, whatever their chosen field.”

Dale comments, “LBTQWomen allows not only queer women to see each other, talk to each other and raise each other up but also allows organisations across the world to see and understand us. In so doing, organisations should start to realise they need to court us – we are indeed a talent rich community but people and employers need to know where to find us. They need to be able to read about us, understand us better and then make workplaces include us and recognise us as our true, comfortable and authentic selves.

“I always personally had a high opinion of femme identifying individuals – but after three years of promoting us – wow! I loved our community before but now I think we are beyond amazing and I want to share that with our allies, employers, potential employers and the future builders of society”.

Dale continues to discuss the subject of ‘allies’.

“I feel as if we are perhaps missing something with our choice of natural allies. Of course, we are proud to be a vibrant part of the wider LGBTQi community – but if it came down to wanting to discuss careers and the experience of working in a male dominated industry, or something personal like the impact of menopause, then perhaps our natural ally should be other woman. This doesn’t detract from the support given by LGBTQi indivduals but LBTQWomen actively wants to seek out the allyship of women. The commonality is so obvious and when women – whatever or whoever they are – come together to raise each other up, there is a magic and authenticity of shared experience which creates its own power.”

We asked Dale to expand on what LBTQWomen had in mind and what this looked like practically. She declined to go into detail but it was clear by her smile there are plans she wants to keep it under wraps.

So what is the future for LBTQWomen as a network? Dale concludes, “Well, when I get the time to do some ‘blue sky’ thinking, I see our core aspiration as creating a network to which any queer femme individual will immediately turn if wanting to make a connection, open a shop, make a change in their career, talk, find friends, colleagues or support. A place where they can connect in their space, in their own way, whether digitally or in person. We will be the place where our community finds the people they want to work with, buy from, sell to, learn about and meet so that our allies and society can really see this community for what it is – put plainly – just awesome”.